Getting Your Long Term Boyfriend To Propose To You 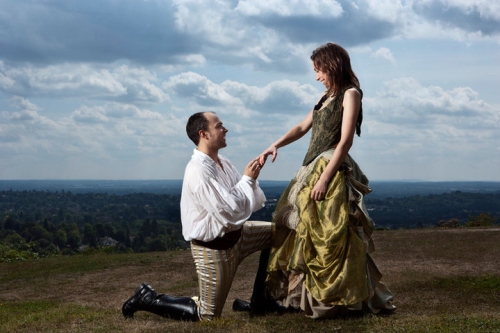 It’s been more than 5 years, but, has your boyfriend still not asked you for your hand in marriage? Do you see any signs that he will propose in near future? Do you know how to get your long term boyfriend to propose to you? If you answered all these questions in a negative, you need some help girl! You need a lot of help! Unfortunately, many women are dealing with the same situation as most of us are becoming career-savvy and giving tough competition to our male counterparts. These days, contrary to popular belief, men are more under the pressure of being financially sound and stable. This has put marriage on a back burner and more people from our generation are getting married late. But, this has definitely not stopped the men to move in with their partners in a live-in household. It is only natural if you start asking yourself whether he is taking you for granted. You may wonder if he even intends to get married to you. Did you know? The age at which people have their first wedding is now 26 for females and 28 for males. About 20 years ago, the same statistics indicated a 2 year younger trend for both sexes. In fact, half of ever-married New Yorkers, married first at an age older than 30 years!

“Whoever loves, if he do not propose the right true end of love, he’s one that goes to sea for nothing but to make him sick” ~ John Donne
How to Get Your Long Term Boyfriend to Propose?
First things first, don’t act desperate! Personally, I find it to be quite a turn off when feelings are forced upon and not actually felt by your partner. Don’t make him feel like it’s your decision to be married and not his. You might give the groom-to-be cold feet even before he proposes. Men don’t respond well to nagging… at all. Most men are not ready for commitment, especially for marriage, even though they may be in long term relationships. And yes darling, he is taking you for granted. You need to accept the truth so you can give him a little shock that will take him out of his comfort zone. Remember, all that you do, must not seem intentional on your part. It should be like a butterfly effect, a sequence of events that led to a rock on your finger but only you know who started it all. You are obviously giving him too much, all that he would need from a wife. So, it does not give him any special need to marry you. The harsh truth is, what he is thinking is – why buy a cow when you can get the milk for free? But, you can still get the upper-hand in this situation and get your long term boyfriend to propose to you. Take away that feeling of reassurance and availability that he enjoys right now. And how can you do that? Live your life without him, simple. You need to start being ‘you’ and less of being ‘we’ or ‘us’. You are two different people, not a combined blob of flesh and blood that share the same brain and life. This is one of the most common mistakes women make in relationships and that is what is stopping him from marrying you. Always remember the golden rule, “We all want what we cannot have, not what we already do”. You don’t have to threaten him to breakup and leave the relationship. You need to leave him for quite a few evenings and make plans with your pals, work harder on a new project at work or just to get fit. There is so much to do! The lesser time he spends with you, the more he will want to be with you. And start paying more attention to your appearance. Women do tend to get lethargic. In the initial years of the relationship, you took time to put a mascara and lipstick. Now, you just roam around him sans makeup in an old sweatshirt. Do you think any man finds that attractive? NO! Give his buddies a chance to be jealous of him and make him want to keep you all to himself forever. Hit the gym and go for a makeover. Something new is always better than old. He must be used to your looks. Get a makeover and make him feel like he is with someone new. Get rid of your bad habits like nagging, being sloppy and you know what else. He will wonder what is up and why you are suddenly spending extra time to prep up. Kill two birds with one stone!
What are Your Options?
Your life is not dependent on him and certainly the fate of your marriage isn’t. For some men, it’s not about the girl, it’s about the time they want to settle down. Most of my guy pals have an idea of the age by which they would want to be married (which coincides with the time of them owning a house, a car and a secure job that pays well for a comfortable life ahead). None of them have ever told me that he is waiting for the ‘One’. If your guy is the same, make sure what’s that number on his mind. Then, you could either be willing to take your chances of growing older to may be walk down the aisle towards him and risk reducing your chances or you could take a plunge in the huge dating pool and decide to start a brand new life to find a potential husband. We all have our options and the liberty to make our own decisions that we will be responsible for the rest of our lives.


“I forget what killed it. I think it was her proposing to sacrifice the whole world for me. That is always a dreadful moment. It fills one with the terror of eternity.” ~ Oscar Wilde
Or you know, you could break the age-old tradition of having a man go down on one knee. You propose the man like Amy Adams, who planned to take matters in her own hand after waiting for her boyfriend to propose to her for years, in the movie Leap Year! So, put your gloves on ladies and get to work! If you have tried every trick in the book and you still see no receipts for a diamond ring in his blazer’s pocket, listen to your gut. Some men are commitment phobic due to bad relationships in the past or if his parents had a bad marriage. You need to be clear about your own intentions of where you would want to see yourself 3 years down the road. Have you ever had a talk about the tentative age by which both of you would like to settle down? Has he ever mentioned you in his future plans? Is it him or is your relationship bad? In the battle between your heart and your brain, don’t ignore your inner voice if it says that you will never say ‘I do’ to him. Listen to what he says. If he still refuses to get married, look at the brighter side. Of the total American population that is 18 years and older, 45% men are still unmarried. Else, you could just move to Utah, Arkansas or Idaho. Women over there are most likely to get married by 24!
at November 12, 2011

Email ThisBlogThis!Share to TwitterShare to FacebookShare to Pinterest
Labels: Information