Top Ten MBA Universities From Around The World 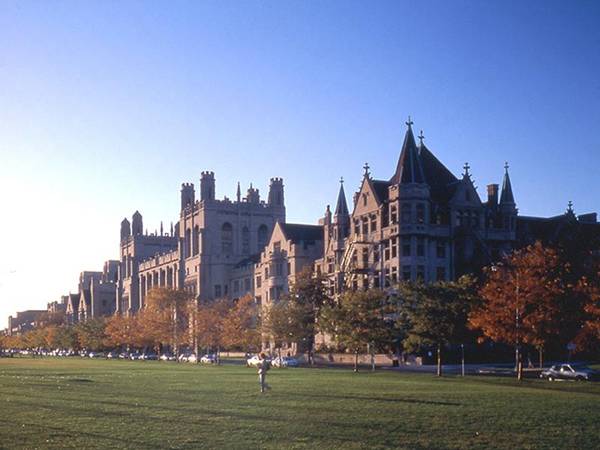 The University of Chicago was created and incorporated as a coeducational, secular institution in 1890 by the American Baptist Education Society and a donation from oil magnate and philanthropist John D. Rockefeller on land donated by Marshall Field. The University of Chicago also maintains facilities apart from its main campus. The University’s Booth School of Business maintains campuses in Singapore, London, and the downtown Streeterville neighborhood of Chicago. The Center in Paris, a campus located on the left bank of the Seine in Paris, hosts various undergraduate and graduate study programs.
09 more Universities after the break...
CLICK HERE READ MORE:
at January 31, 2012 No comments:

Email ThisBlogThis!Share to TwitterShare to FacebookShare to Pinterest
Labels: Around The World, Top Ten

According to MedlinePlus.com, your skin is the largest organ in your body in both weight and surface area. Your skin alone weighs between six and nine pounds and stretches about 2-square yards! Your skin plays an important part in protecting your body from harmful bacteria, infections and regulates your body temperature. Sometimes, your skin takes a beating from those bacteria, infections and other ailments. Some of these skin conditions are downright disturbing.

Below is a list of the top 10 most disturbing skin conditions:

Admittedly, cellulite is not dangerous, painful or even abnormal. However, many people, women especially, view cellulite as a gross skin condition. Many women spend millions of dollars each year to try to hide or banish cellulite from their body. In reality, cellulite is just fatty tissue beneath the skin. Although it does look unsightly, it is not harmful in anyway to your body. 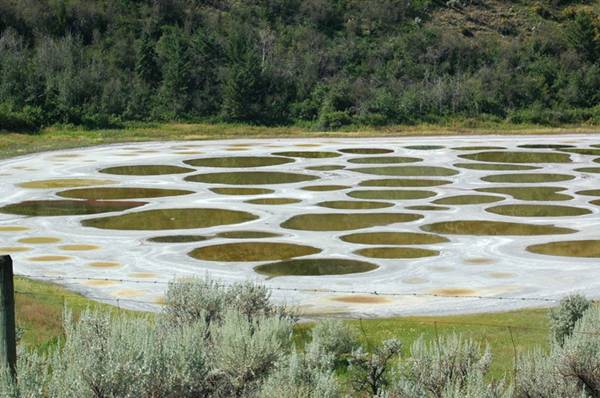 Spotted Lake is a saline endorheic alkali lake located northwest of Osoyoos in British Columbia. It is located near the city of Osoyoos, beside Highway 3.Spotted Lake is very highly concentrated with numerous different minerals. It contains some of the highest quantities (in the world) of magnesium sulfate, calcium and sodium sulphates. It also contains extremely high concentrations of 8 other minerals as well as some small doses of four others such as silver and titanium. 06 more images after the break...

The old Russian Aircraft Carrier converted into a Hotel 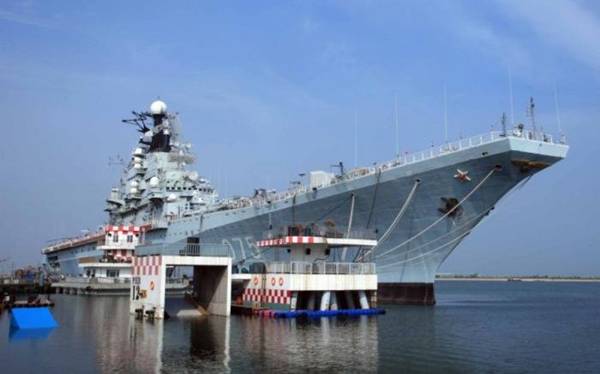 The year 2011 had belonged to the Chinese in multiple ways. Apart from making progress in their economy, they made their mark in the luxury lifestyle in many ways, and they seem to have started of 2012 on a similar note. Their latest revelation is the Russian Kiev class aircraft carrier hotel, which will be the first of its kind anywhere in the world. A gigantic ship, which was originally created for carrying fighter jets, has now been converted into a full-scale luxury hotel, with modern amenities, oriental themed décor, and plenty of luxury accommodation for its upcoming lot of guests. 14 more images after the break...

Email ThisBlogThis!Share to TwitterShare to FacebookShare to Pinterest
Labels: Around The World

The Strangest Bridges in the World

Bridges bring people closer together, both symbolically and literally. These photos of some of the most unusual bridges in the world will blow your mind. If you ever get a chance to visit one of the places where these bridges are located, make sure that you take it. These bridges are interesting and unique. Enjoy sightseeing.

Three red steel bridges connect the residential islands Sporenburg and Borneo. The thing that makes these bridges unique is their meandering shape. The two bridges are 90m long and the third one is 25m long.
CLICK HERE READ MORE:
at January 18, 2012 No comments:

Email ThisBlogThis!Share to TwitterShare to FacebookShare to Pinterest
Labels: Around The World

he allure of the sparkling oceans is a call that many cannot resist because of their love for marine beauty and adventure. If you belong to that gang, splashing around the romantic beaches and islands of the world should be one of the most wonderful ways to have fun. The excitement of water sports redoubles if you are visiting some of the topmost diving destinations of the world. If you are a diving freak and raring to go places, you should not miss these real interesting facts about the best diving places of the world.
1. The Bahamas, Western Atlantic

A group shot, complete with a grouper / Photo from active2gether
The Bahamas are an archipelago consisting of 700 islands extending over 100,000 square miles of the Western Atlantic Ocean. It is characterized by its formation through the sinking of a plateau resulting in the shallow seas you find in the shore area. The average depth of the sea is of 20 feet except where a deep underwater trench called ‘The Tongue of the Ocean’ cuts through the submerged plateau.
CLICK HERE READ MORE:
at January 16, 2012 1 comment:

These are examples of sport injuries that makes You to shudder, to blind eye or (and) to turn your head to the other side. Warning! This is not NSFW gallery, but some images are very disturbing!

Email ThisBlogThis!Share to TwitterShare to FacebookShare to Pinterest
Labels: Amaizing


This list is purely for eye candy as you might have already figured out but it is untrue that we love females in gaming just for their looks. That high pitch laughing you just heard was the internet and 4chan. Anyway, I should note that this list was made by crossing several already established lists as well as several sneaky polls on gaming forums. In other words, this is not just me or just you, this is a heck of a lot of people brought together.

Zoe and April are females that we are adding for a combination of both looks and personality. Both appearing in The Longest Journey games, these female protagonists are one of those you attach to emotionally and live with them through their adventures. April in particular was a very strong female lead and the writer Tørnquist paid special attention to flesh out her personality as much as possible. We discovered more about Zoe and April through their actions and their diaries where they described how they felt and what they were thinking about when met with certain topics and missions. Sadly the sequel that was supposed to explain a lot of things, especially after Dreamfall, never saw the light of day and apparently it never will.

Today, for many of us, King has become less a human being than a source of quotes and a saint. This will not do. A pedestal is no place to put a great man’s legacy. So this tribute is intended to not be as sanctimonious as most of those for King have become.

While the “I Have A Dream” Speech has been quoted for some rather crass purposes by a certain tech company, during its own time it was exploited in even worse ways.  Twentieth Century Fox in 1963 released an album of the speech without so much as notifying the King estate.  King sued the album out of circulation.  Ever since, the King Estate has been very litigious in this regard.  They have sued, among others, USA Today for reprinting the speech in full, and CBS when it attempted to rebroadcast the very footage they had shoot in the first place.  They even filed suit against PBS for naming a documentary series “Eye on the Prize.”

Converse has been making fashion and sports shoes since the beginning of the 20th century. Almost everyone has at least one pair of converse shoes. The converse started manufacturing shoes in 1908 when Marquis Mills Converse, who was previously a respected manager at a footwear manufacturing firm, opened the Converse Rubber Shoe Company. By 1910, Converse was producing 4,000 shoes daily. Not until 1915 that the company began manufacturing athletic shoes for tennis. This is a list of some of the weirdest converse shoes ever.

Email ThisBlogThis!Share to TwitterShare to FacebookShare to Pinterest
Labels: Amaizing

Top 10 Tallest Buildings In The World

his is the list of the tallest buildings in the world. These skyscrapers are amazing and breathtaking. They were constructed by some of the world’s finest architects and were made by dedicated and hard-working engineers and workers. Take a look at the world’s most incredible structures that will hopefully endure for the generations to come and be a legacy to the world of tomorrow!

I won’t bother you much and explain what Capoeira is. Just a brief quote from Wikipedia: “Capoeira is a Brazilian martial art that combines elements of dance, and music. It was created in Brazil mainly by descendants of African slaves with Brazilian native influences, probably beginning in the 16th century. It is known by quick and complex moves, using mainly power kicks and quick leg sweeps, with some ground and aerial acrobatics, knee strikes, take-downs, elbow strikes, punches and headbutts.” I only know that from first look at the Capoeira (I think it was in Van Damme’s Bloodsport) I was just stunned and amazed! Grace, fluidity of movement, rhythm – for me, it looked damn good! These are just few of my favorite capoeira photos!

Email ThisBlogThis!Share to TwitterShare to FacebookShare to Pinterest
Labels: Entertainment