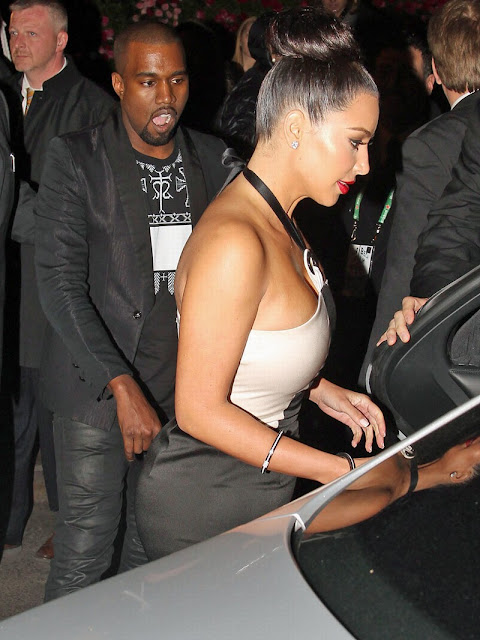 It's getting hard to believe, as her sister Khloe contends, that Kim Kardashian's relationship with Kanye West is not serious. For tonight the pair stepped out wearing the kind of coordinated couple's outfit that you'd only expect to see when a couple are well established. Kim,31, donned an eye-catching black and white dress
(which should've looked better than it did but strangely didn't work) while Kanye linked into this with a sweater in matching colours. It certainly made the fledgling couple look in sync, though the 34-year-old rapper found his loafers easier to walk in in than Kim did her obligatory Louboutin heels. He led her protectively along the street as they headed to a dinner in Manhattan together. Last night the College Dropout star joined the entire Kardashian clan for a high-profile event. Kanye accompanied the whole family to the opening of Kourtney's boyfriend Scott Disick's restaurant where their every affectionate moment could be captured by the cameras. The couple arrived together holding hands, their first public declaration that they are in a relationship together. 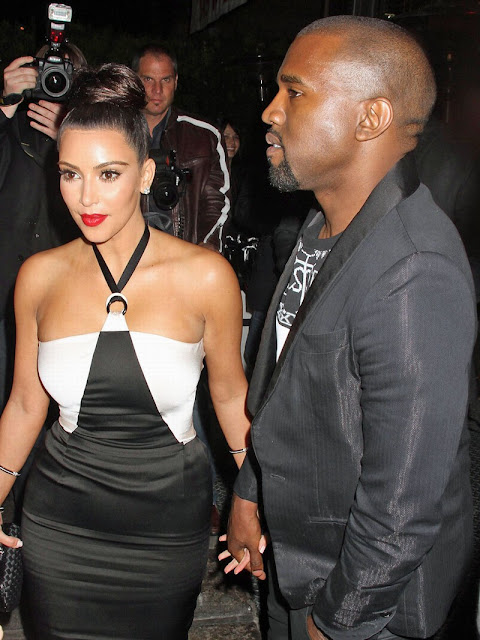 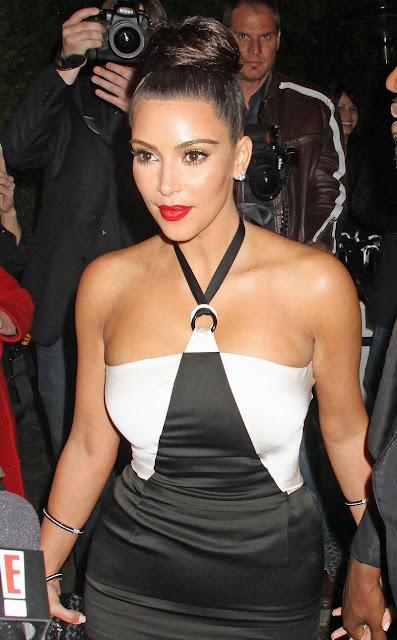 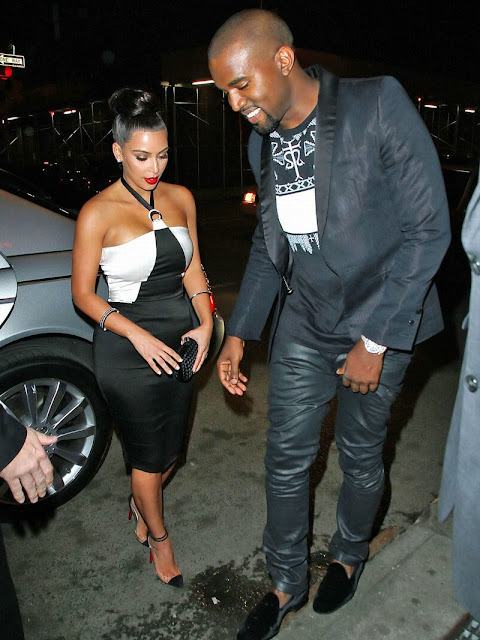 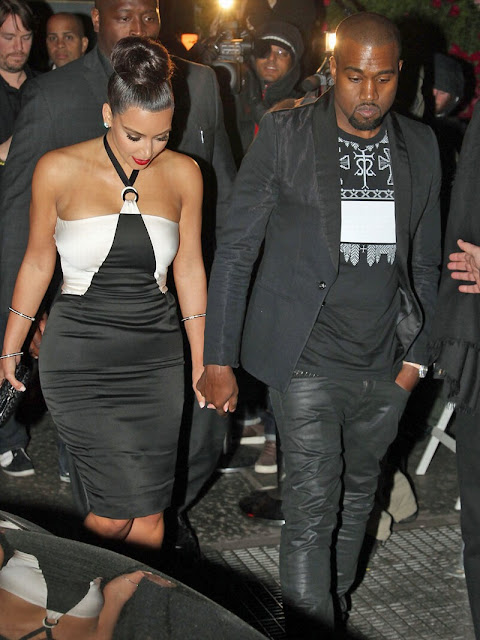 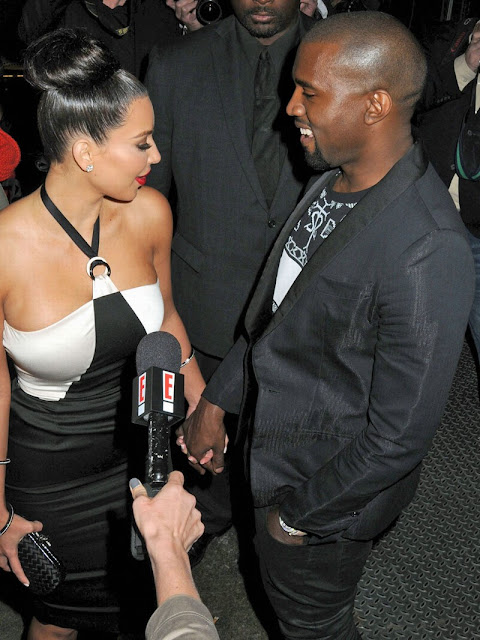 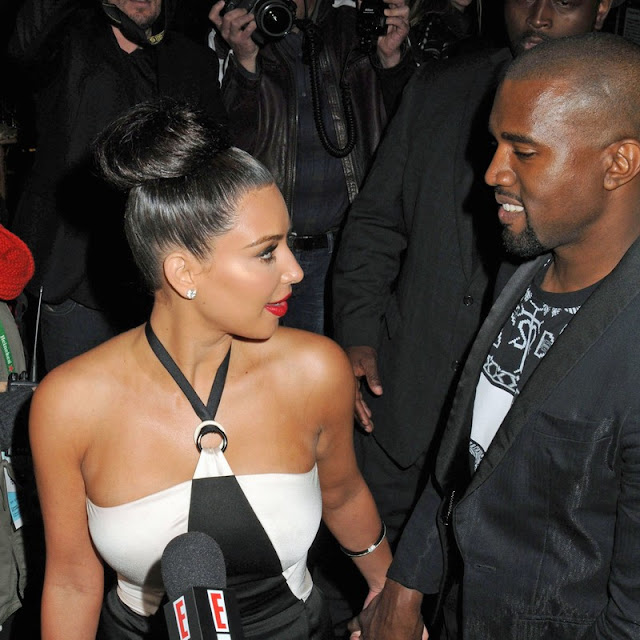 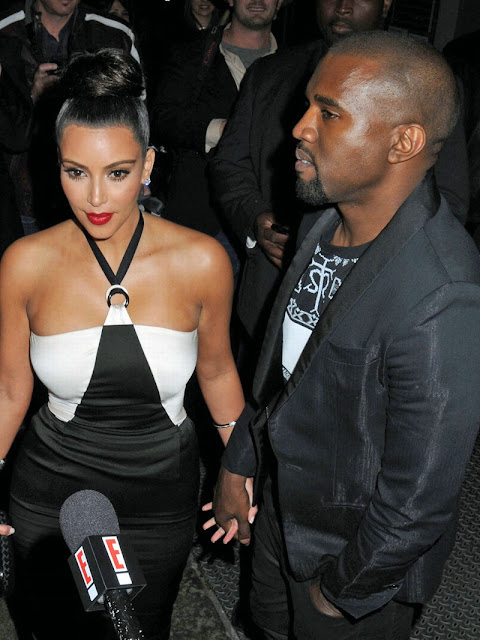 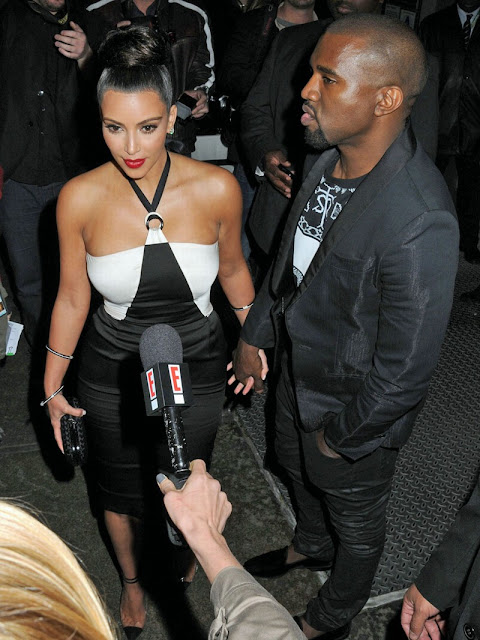