Celebs from Heidi Klum to Gerard Butler to Kim Kardashian hit one of Cannes' biggest parties, the Cinema Against Aids gala, on Thursday night, to help raise money for a good cause. 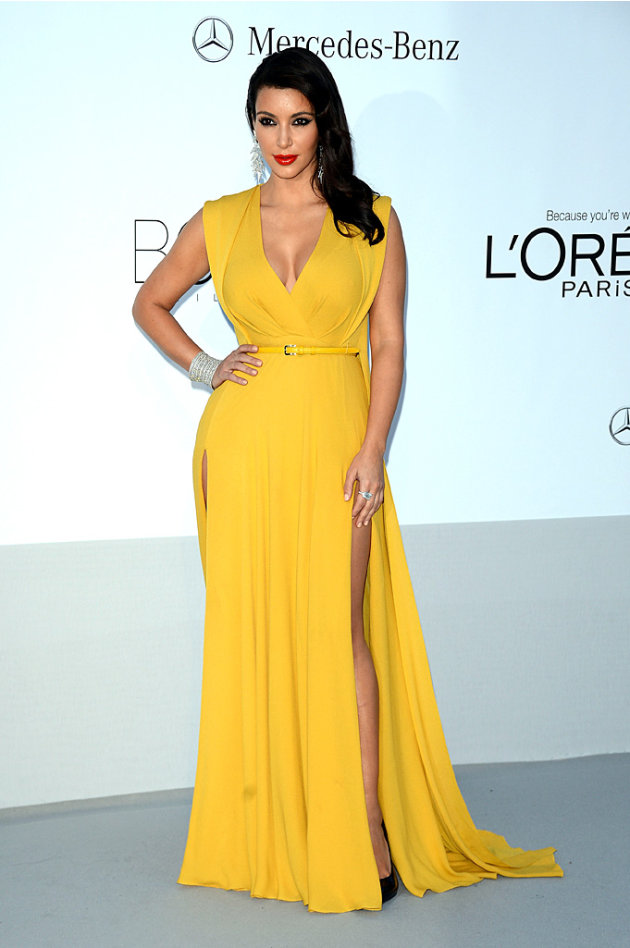 She has no real involvement in the world of film, but reality star Kim Kardashian has been front and center at the 65th Annual Cannes Film Festival on the French Riviera all week. On Thursday night she arrived (sans Kanye) at amfAR's Cinema Against AIDS benefit, one of the festival's most buzzed-about events. This year, the bash, which included an auction, raised $11 million, the most in amfAR's history. 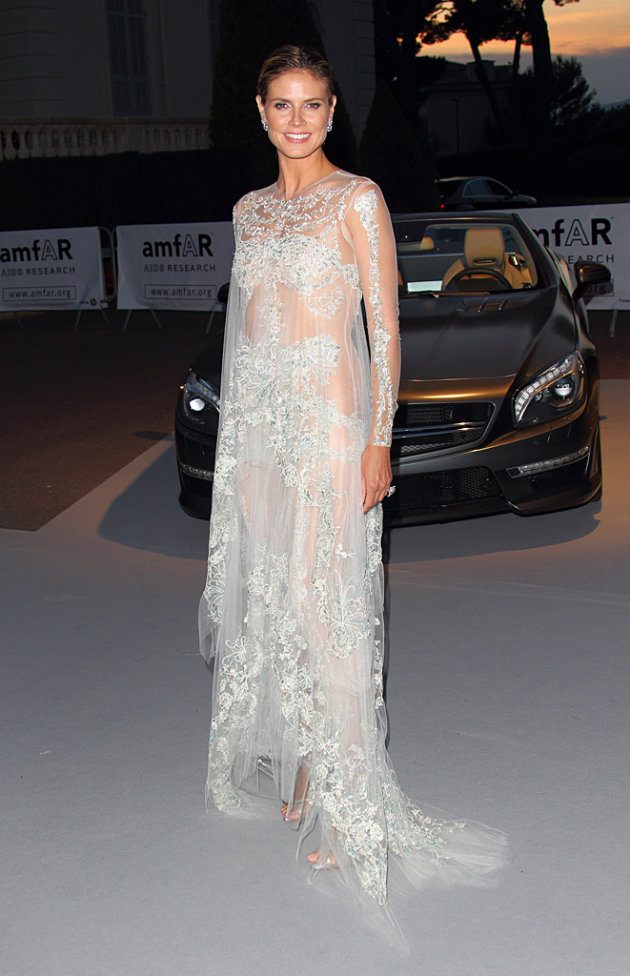 "Project Runway" host Heidi Klum showed off some serious skin in this Marchesa creation. (That's part of the fun of being a model, after all.) The mom of four wasn't just a guest at the party, she was also a prize. A package of items being auctioned off included a backrub by none other than Heidi herself. The bundle of goodies fetched a whopping $75,000 ... and we're sure Heidi's dress helped drive up the bidding! 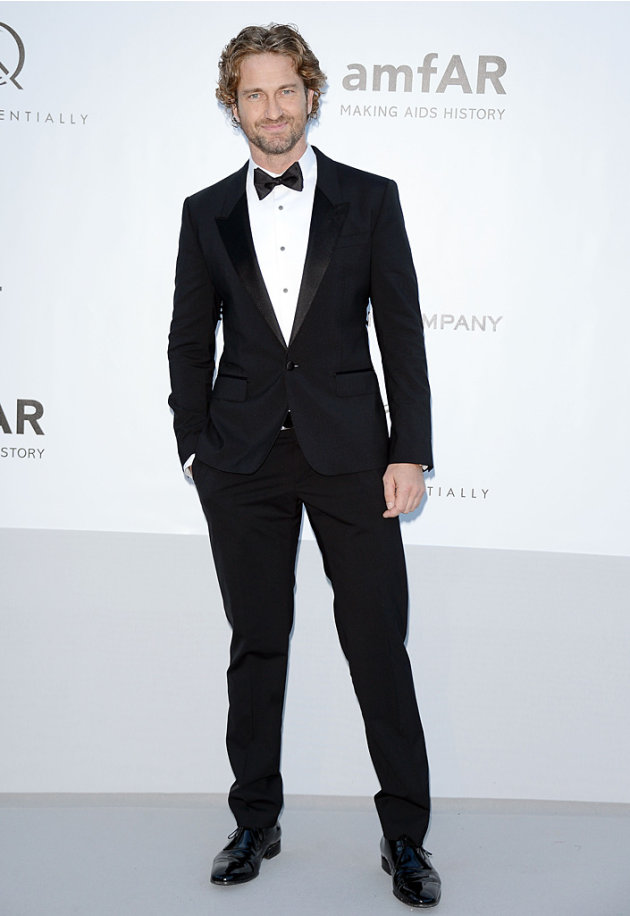 Hunky Gerard Butler didn't ditch his signature scruff for the black-tie gala. And why should he? The trip is more pleasure than business. The 42-year-old recently said in an AP interview that he had no plans to go to any premieres. "You can't really go down other people's press lines. You have to make sure you're politically correct. It's a bit of a bummer." 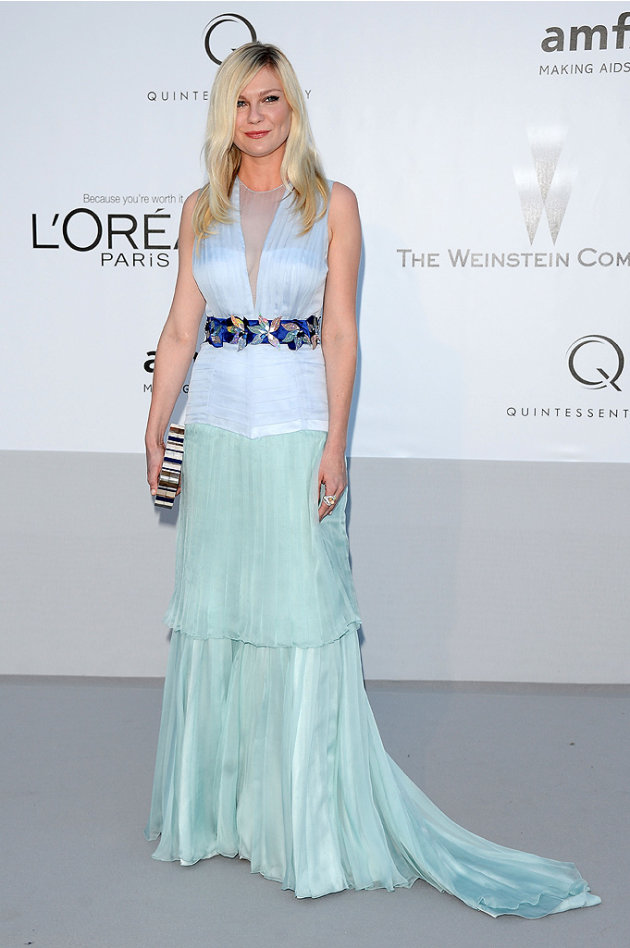 Kirsten Dunst, who is in Cannes to promote her upcoming movie "On the Road," based on the Jack Kerouac novel, popped a pose in a powder-blue Louis Vuitton gown with a train. The 30-year-old has been making headlines over the past few days for her sizzling hot looks at the festival, but this one cooled things down a bit. What do you think? 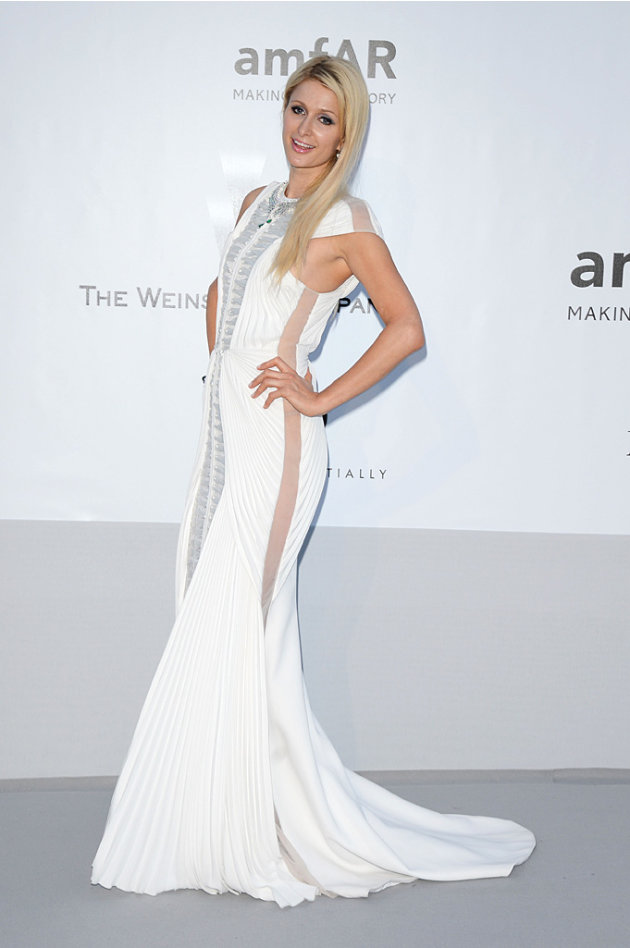 Paris Hilton was the guest of photographer Ellen Von Unwerth, who shot the heiress earlier in the day for a Bridget Bardot-inspired shoot. "Such a beautiful event and great cause," Hilton tweeted at the amfAR celebration. "It's so important to give back." 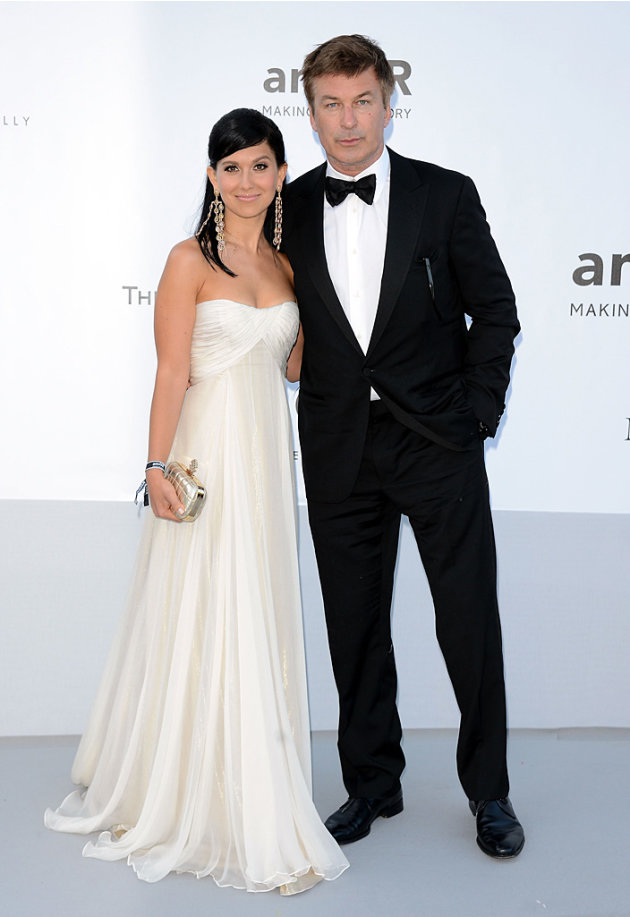 Alec Baldwin and his fiancee, yoga instructor Hilaria Thomas, looked like they were already a bride and groom thanks to her white Roberto Cavalli gown (with Chopard jewels) and his sharp tux. (5/24/2012) 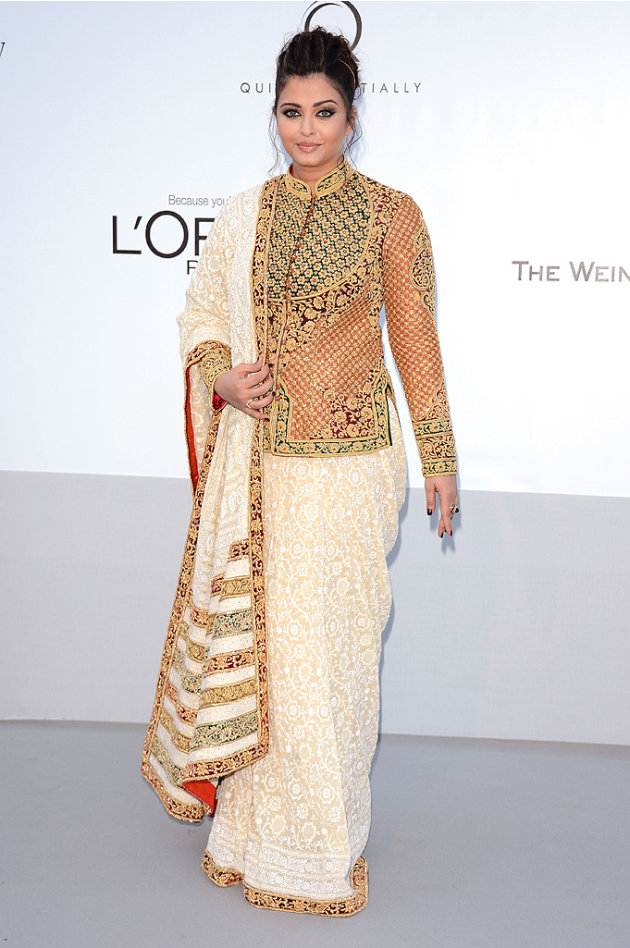 Bollywood star Aishwarya Rai, who’s been slammed by critics in India for not upholding her "duty" of returning to her pre-baby figure nearly six months after she gave birth, stayed pretty covered up on the red carpet. The actress and former beauty queen – dubbed the most beautiful woman in the world – previously said that she was not concerned with losing the weight and planned to "enjoy motherhood.” 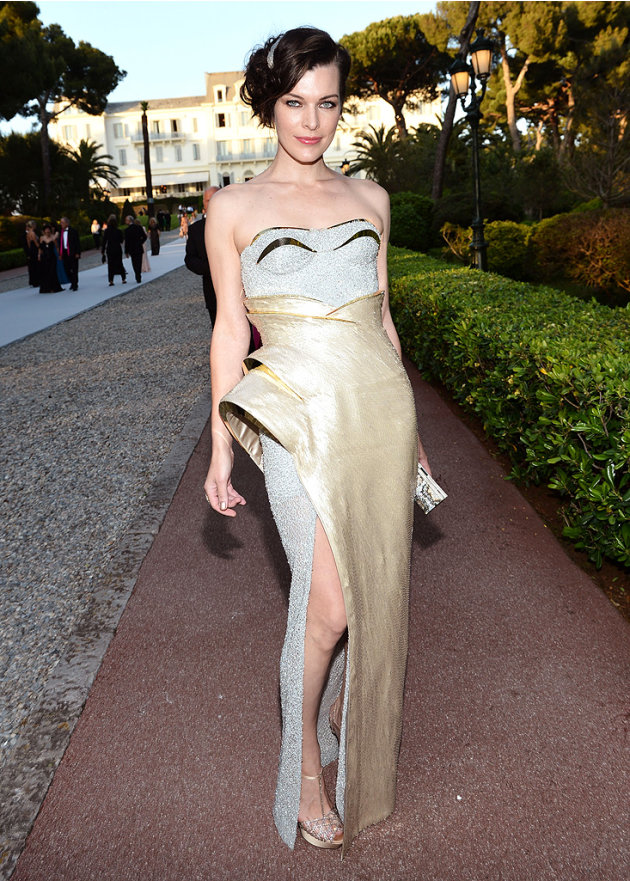 Milla Jovovich looked out of this world in a space-inspired creation from Atelier Versace. The actress' shimmery dress boasted an architectural corset and metallic gold boning. (5/24/2012) 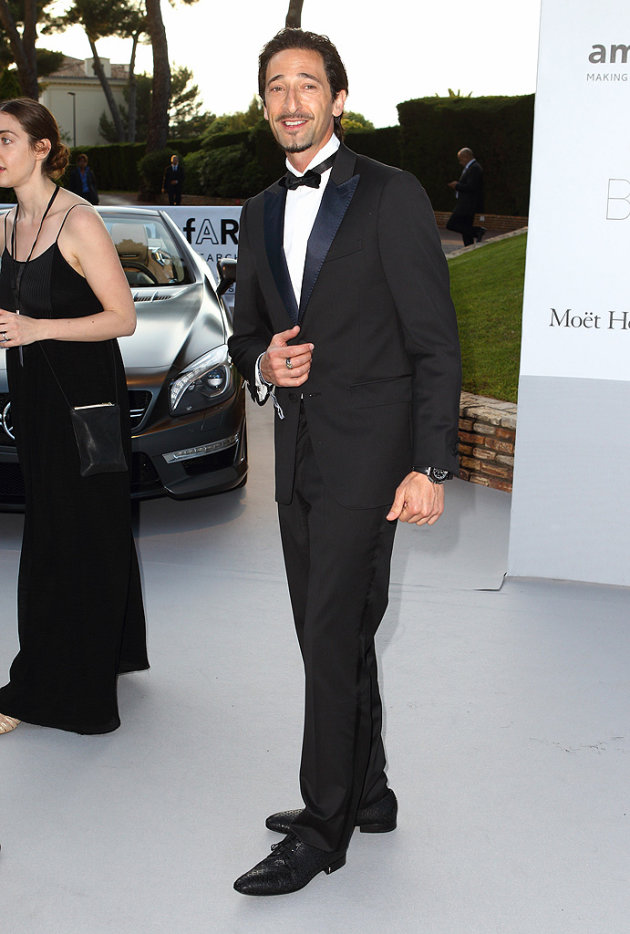 Adrien Brody donned a tux for the soiree ... a far cry from the shirtless look the 39-year-old went with the day before while partying on a yacht. Sounds like a fun week! 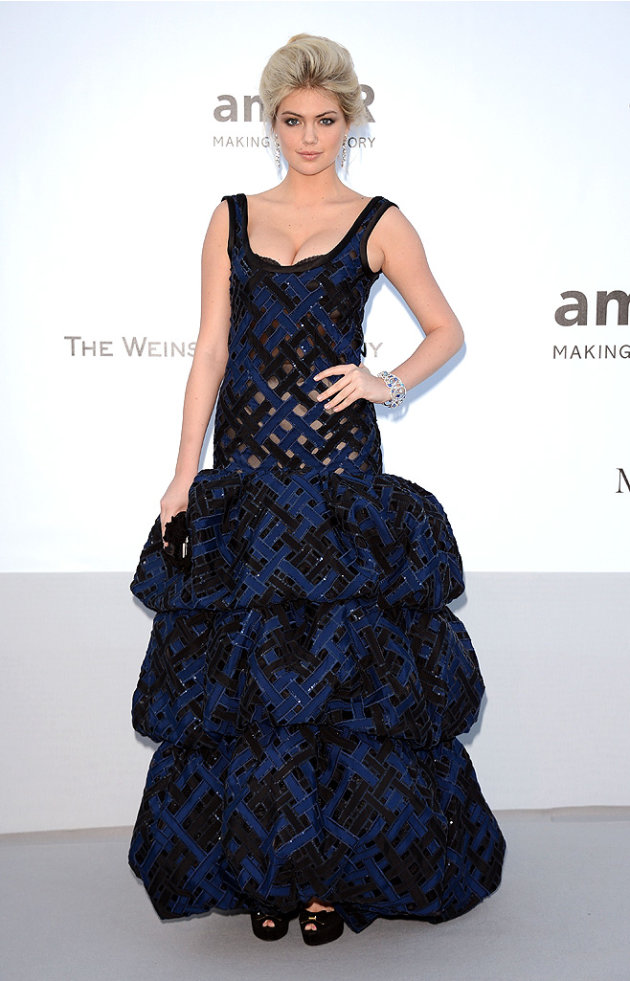 If you didn't recognize Sports Illustrated Swimsuit Issue covergirl Kate Upton, you're probably just not used to seeing her in so much clothing. Between the foofy dress and the bouffant hairdo, you'd never guess this was a 19-year-old! 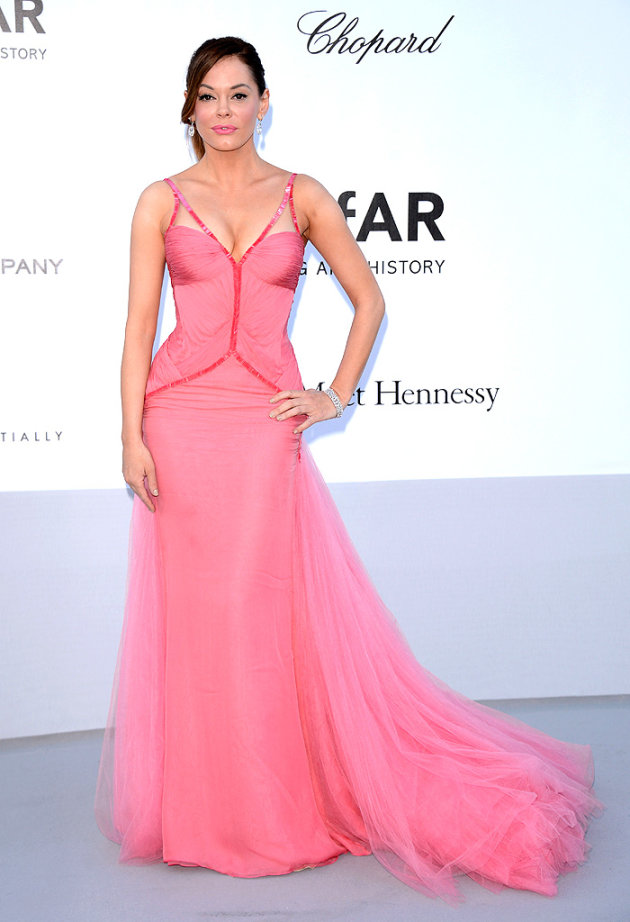 Rose McGowan chose a hue that best represents her: rose! The "Planet Terror" actress owned an Atelier Versace creation with tulle skirt from its Fall 2010 line. (5/24/2012) 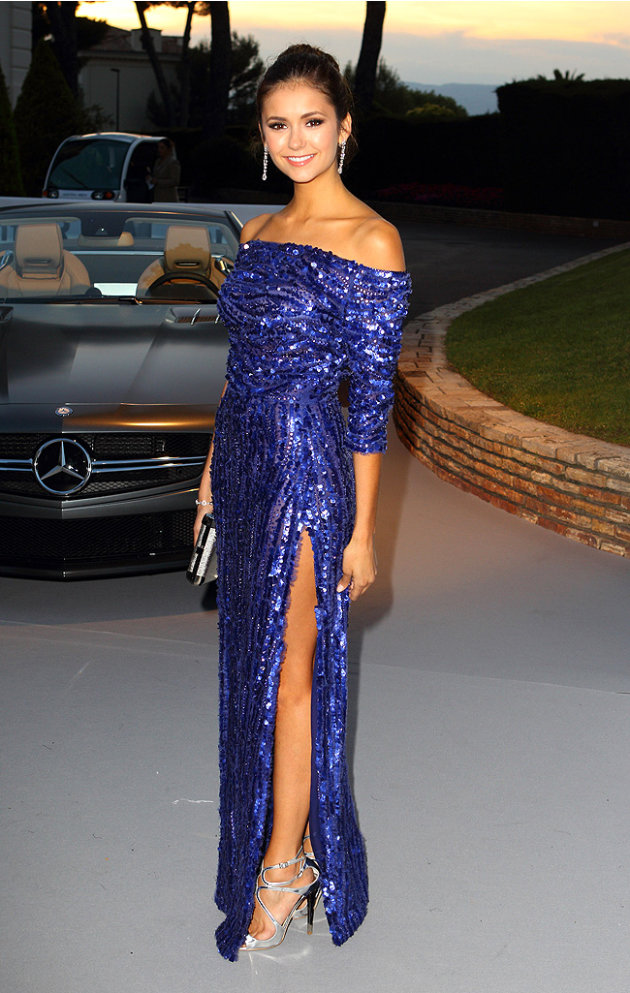 "Vampire Diaries" star Nina Dobrev showed a lot of her toned, tanned left leg in a midnight blue Elie Saab gown. At the charity event, one lucky bidder won a "bite" from the sexy actress. 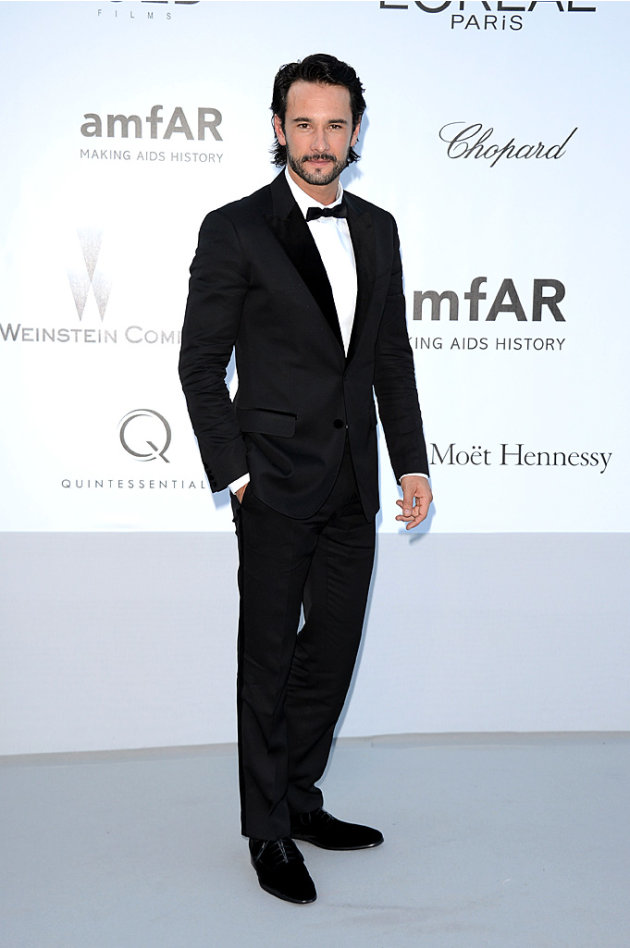 Rodrigo Santoro, who plays Jennifer Lopez's husband in "What to Expect When You're Expecting," heated up the red carpet with his mix of dapper and scruffy. 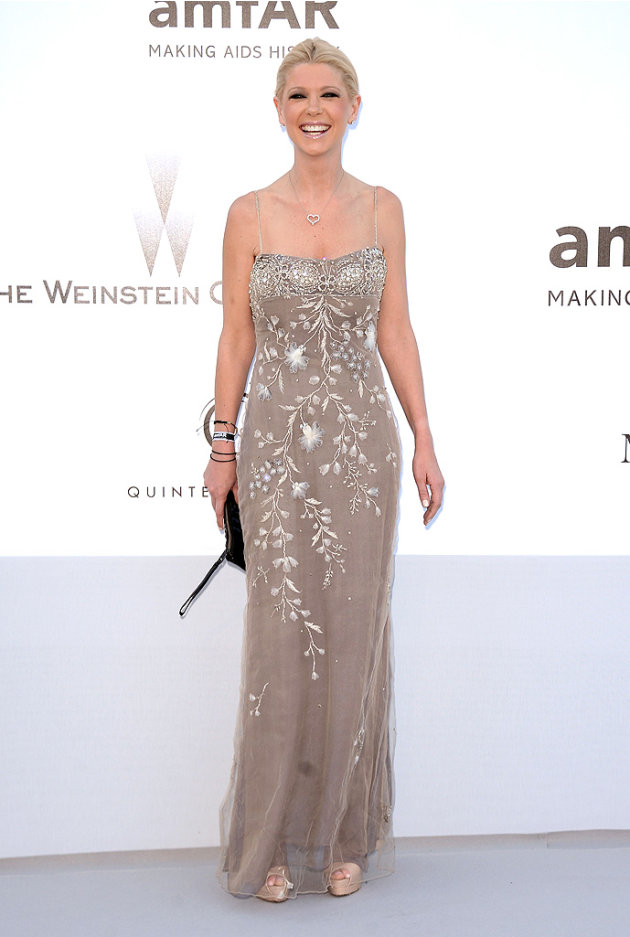 Party girl Tara Reid cleaned pretty nicely in a taupe gown with white flower embroidery and her hair pulled back in a simple bun. (5/24/2012) 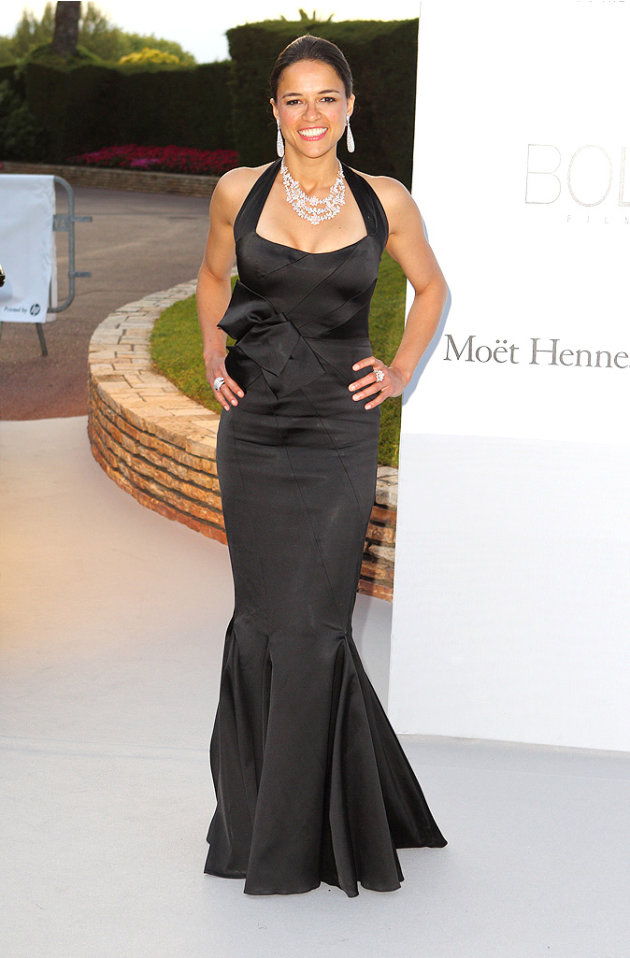 Party girl Tara Reid cleaned pretty nicely in a taupe gown with white flower embroidery and her hair pulled back in a simple bun. (5/24/2012)
at May 31, 2012