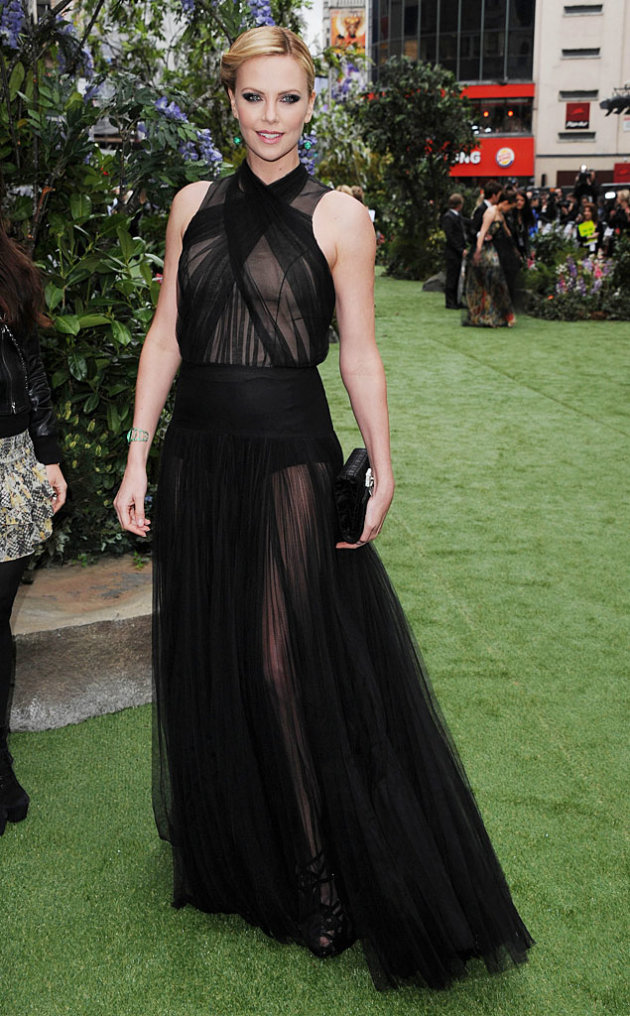 Charlize Theron was a "sheer" beauty when she sported this dramatic Christian Dior Haute Couture gown (with hot pants!) for the London premiere of "Snow White and the Huntsman." 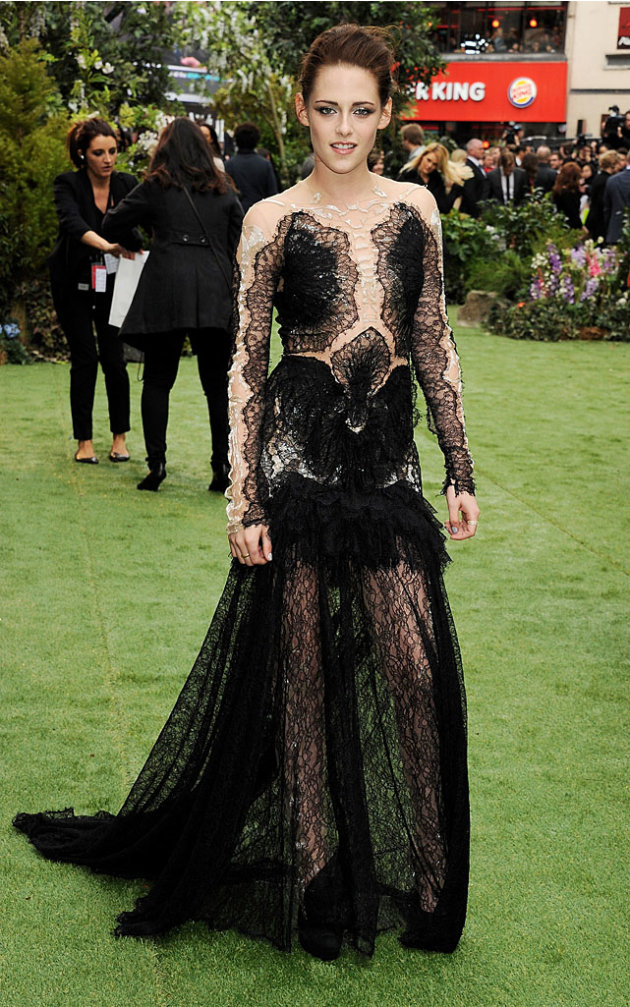 Theron's "Snow White" co-star Kristen Stewart also opted for a see-through look in a lacy Marchesa creation. Whose dress do you like better? 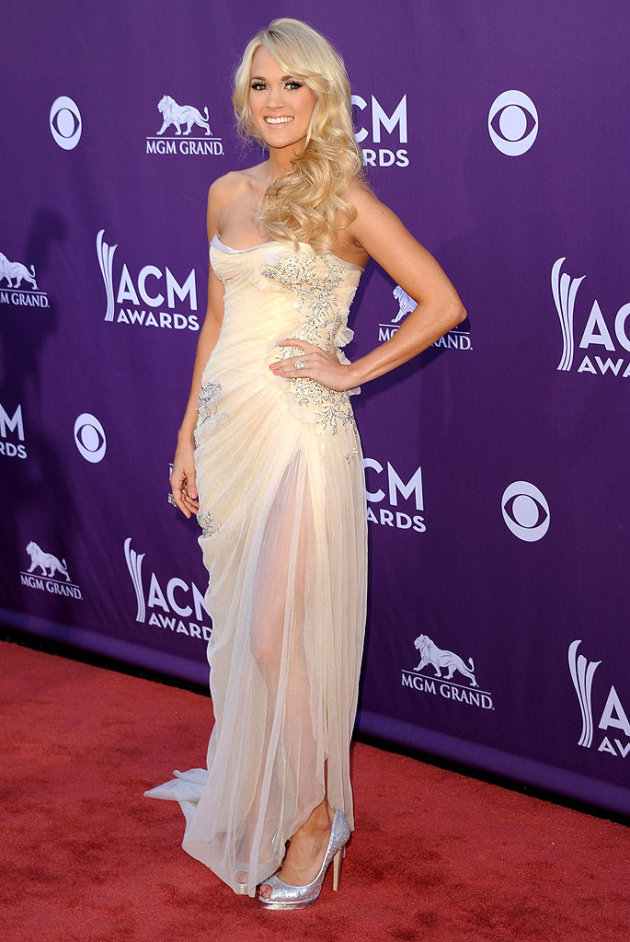 Country star Carrie Underwood hopped on the sheer bandwagon when she donned this strapless Abed Mahfouz chiffon gown -- which allowed her to demurely show a lot of leg -- to the 47th Annual Academy of Country Music Awards in April. 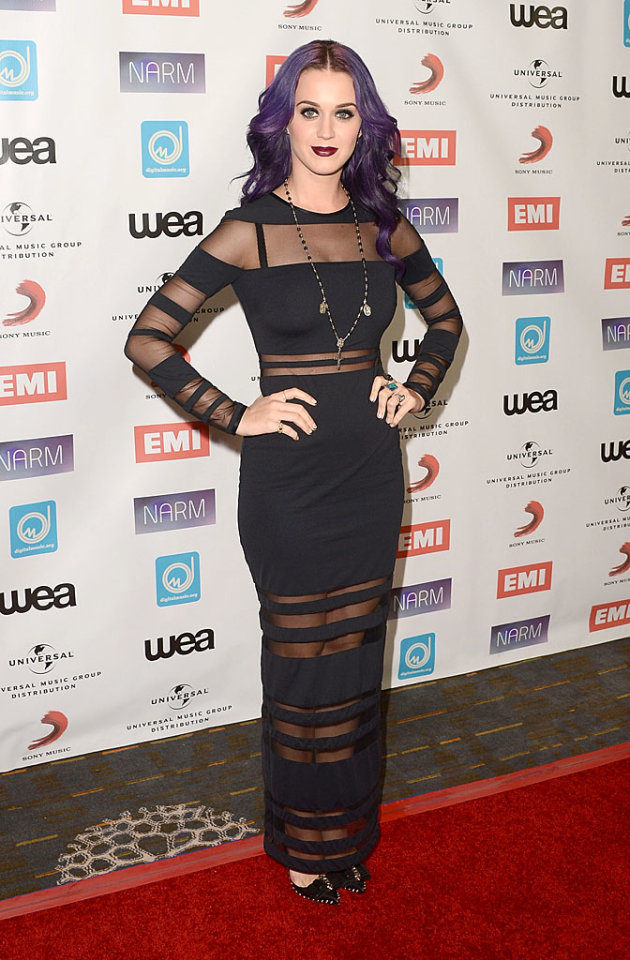 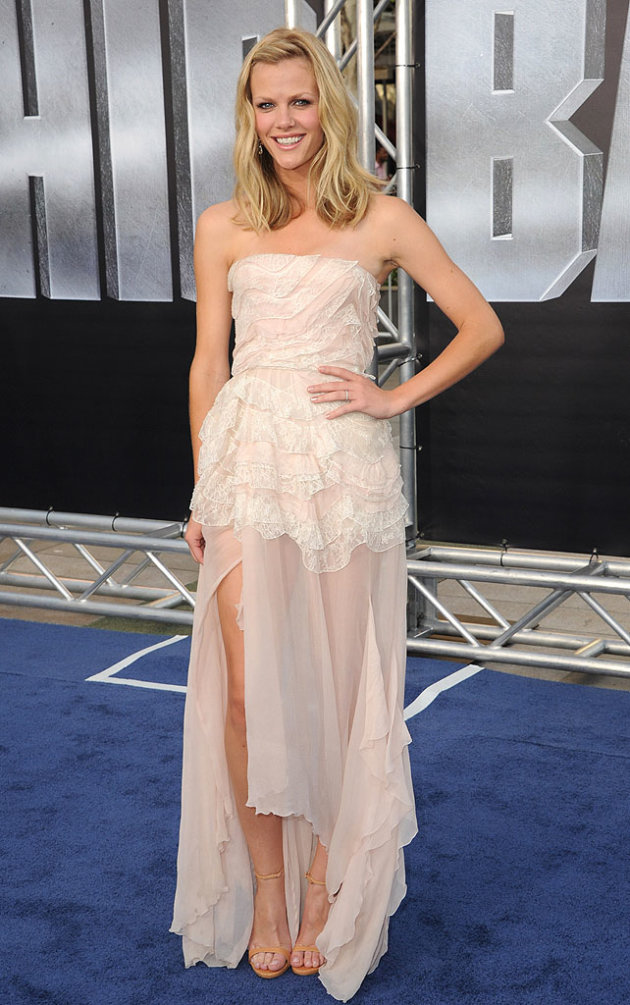 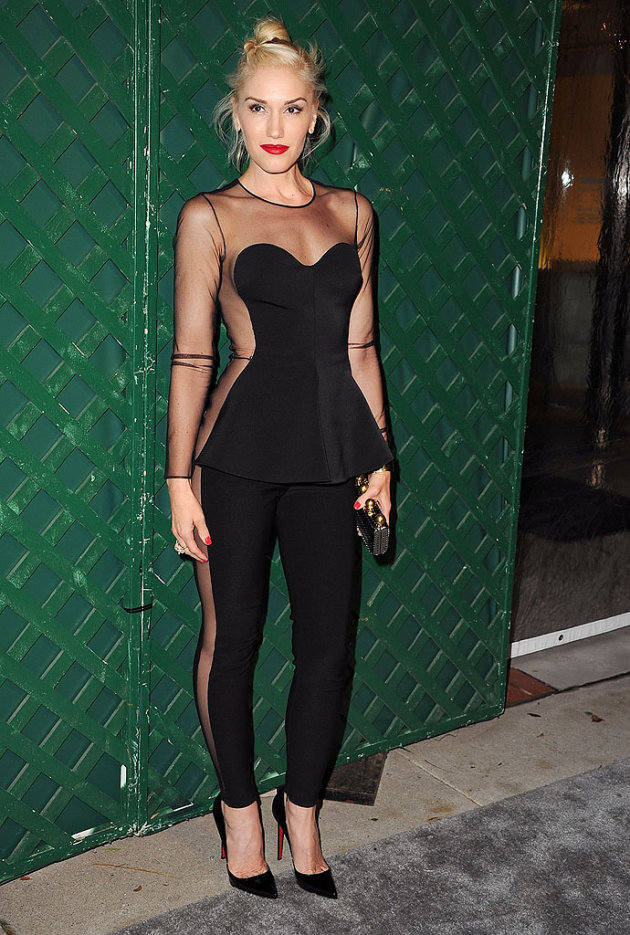 Gwen Stefani is known for her funky sense of style, which is why she was able to successfully pull off this edgy Stella McCartney jumpsuit featuring lots of sheer paneling. As for her hairdo, well, that's another story .... 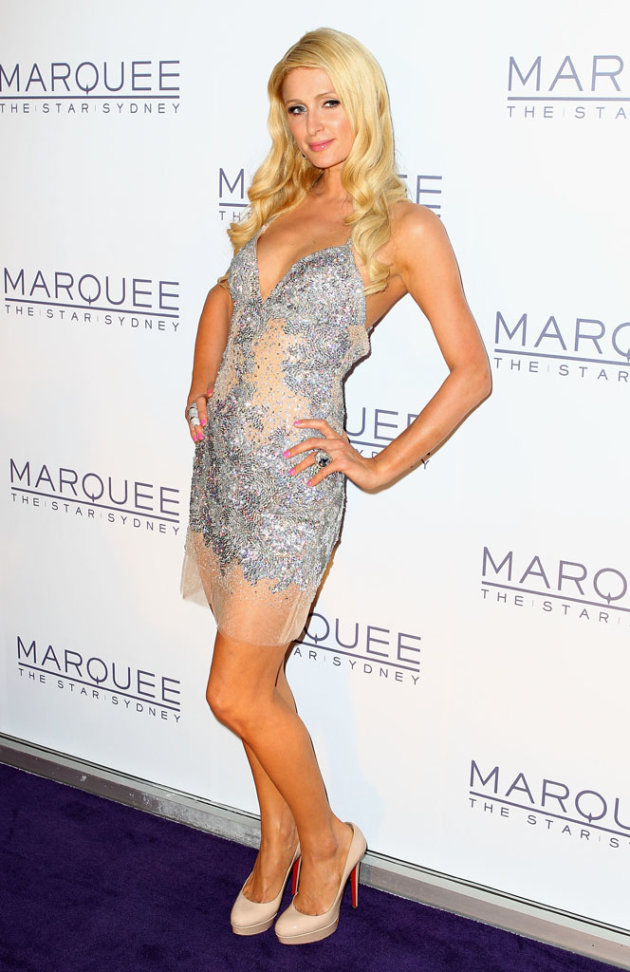 Hotel heiress Paris Hilton popped a pose in a bedazzled sheer number while attending the grand opening of the Marquee club in Sydney, Australia. 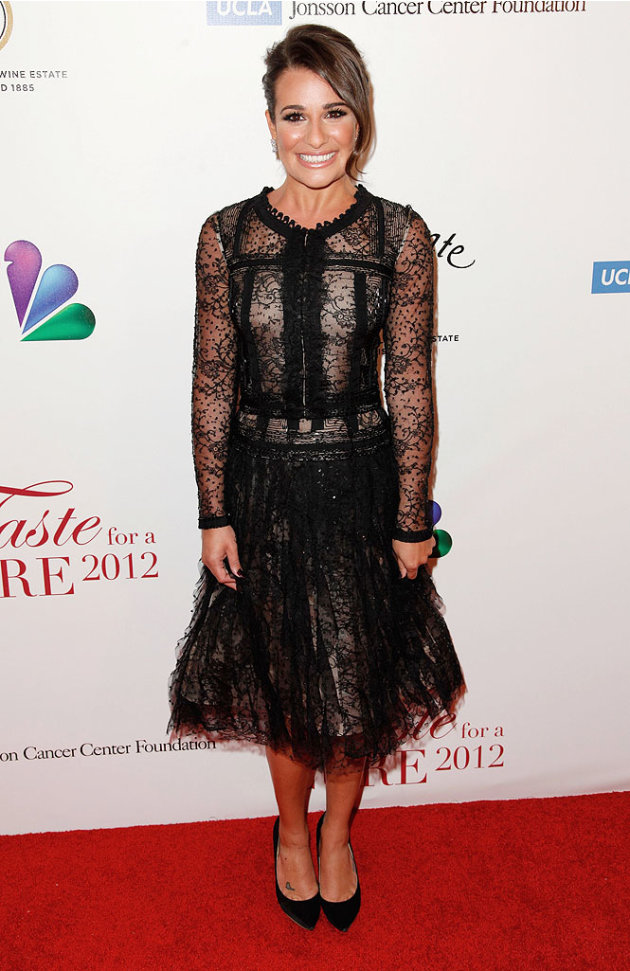 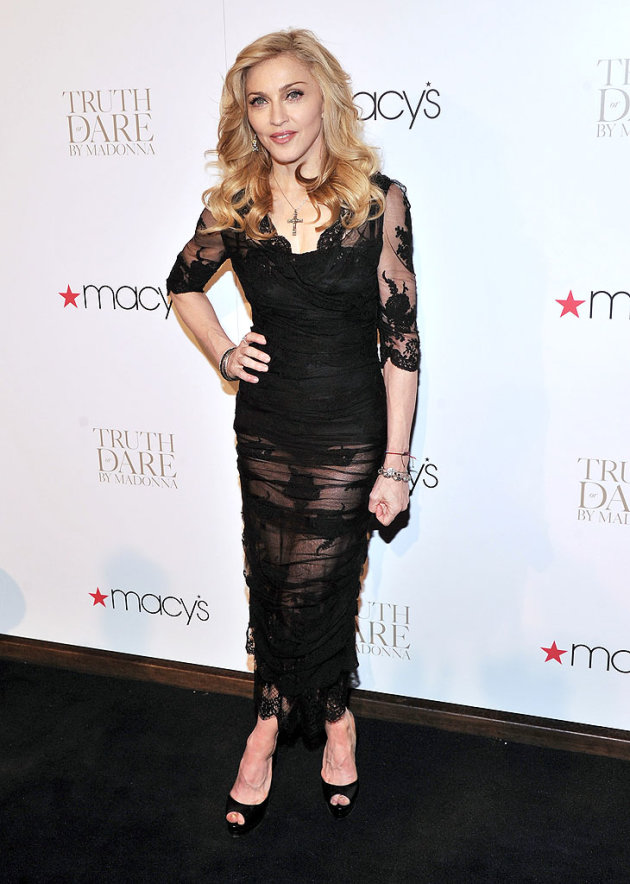 While promoting her new fragrance, Truth or Dare, Madonna accentuated her tiny physique in a gauzy black Dolce&Gabbana design. 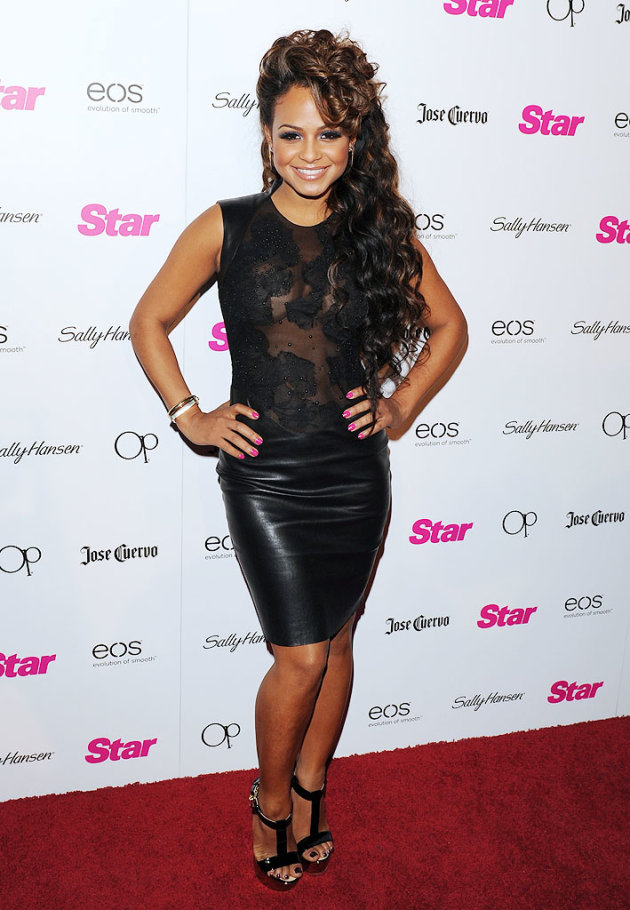 Singer Christina Milian -- who also serves as the social media correspondent for "The Voice" -- sizzled at a Star magazine soiree in a sexy leather Jitrois frock that allowed her to show a hint of skin. 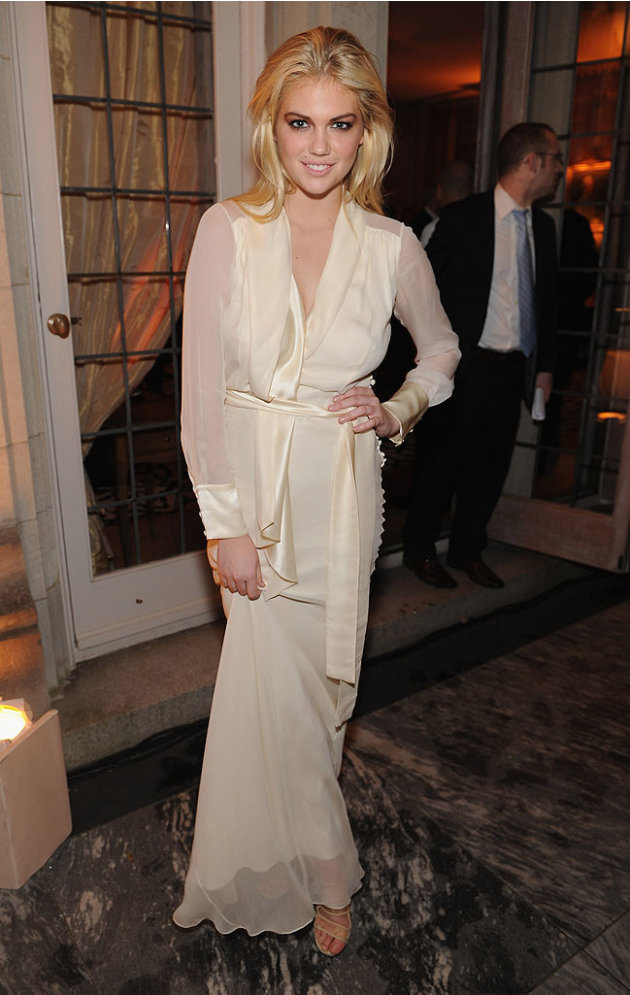 Model Kate Upton got comfy in a sheer, silk ivory gown for a cocktail soiree after the White House Correspondents' Dinner last month. Do you like her bathrobe-inspired look? 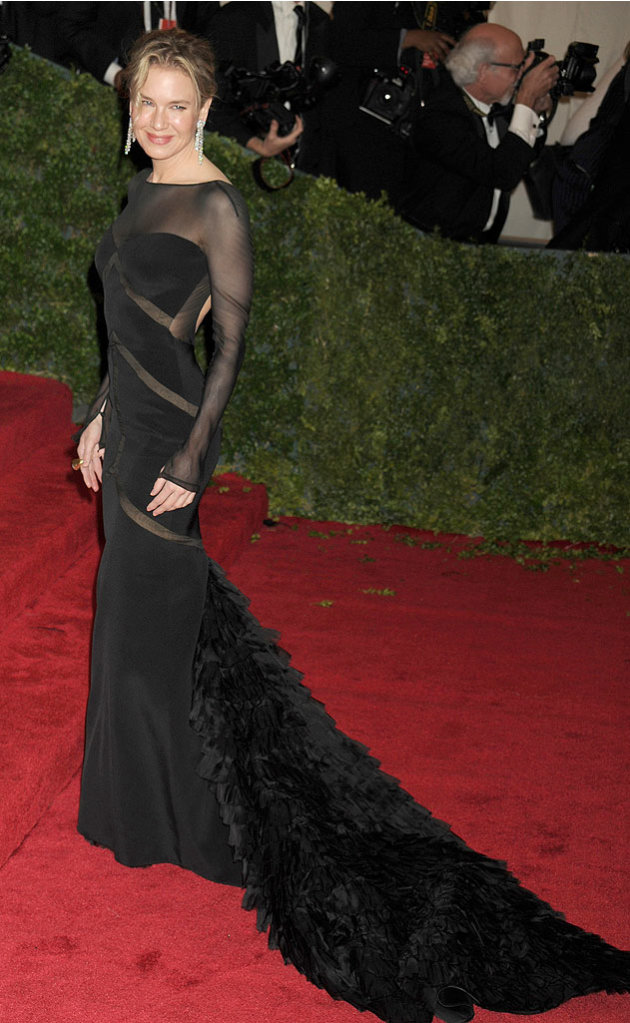 Oscar-winning actress Renee Zellweger, who we don't see much of these days, strutted her stuff at the 2012 Met Gala in a custom Emilio Pucci gown, featuring sexy sheer detailing. 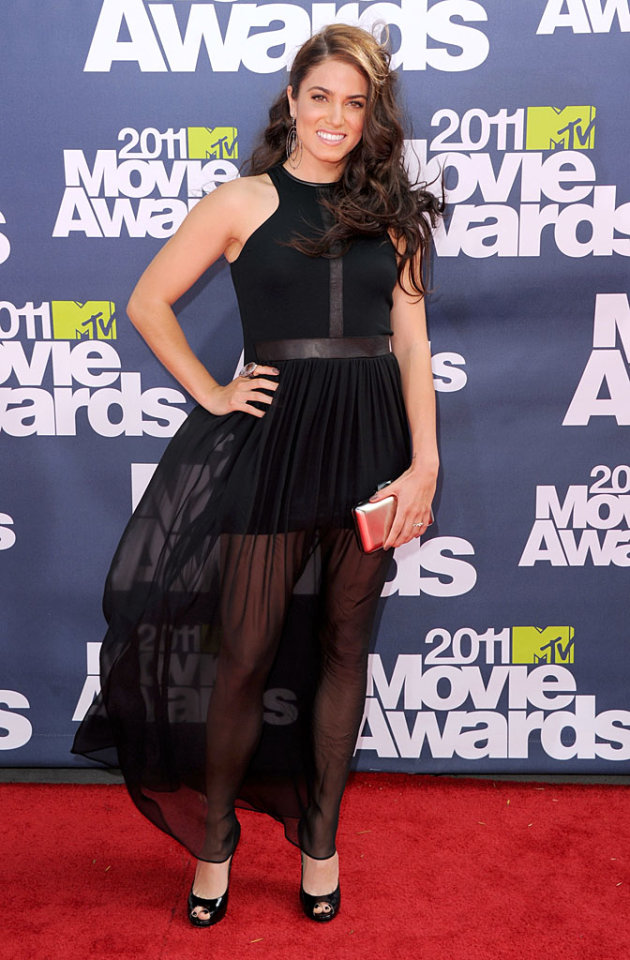 "Twilight" actress Nikki Reed, 23, offered just a peek at her gams in this Heather dress with a sheer skirt. Mrs. Paul McDonald accessorized her look with Loree Rodkin jewels, Jimmy Choo shoes, and a metallic clutch.
at May 31, 2012