The World of Coca-Cola Museum in Atlanta

The World of Coca-Cola is a museum in Atlanta, USA, that celebrates the history and culture of Coke, one of America's favorite soft drinks. The museum is located on a 20-acre complex across Baker Street from Centennial Olympic Park just a few blocks away from where John Pemberton initially created the formula for Coca-Cola. Next to the World of Coca-Cola is the Georgia Aquarium, another popular attraction in Atlanta city. Coke was introduced over 125 years ago in the city of Atlanta and it’s corporate headquarters has remained there ever since. Initially, Coke was sold as a patent medicine for five cents a glass at soda fountains, which were popular in the United States at the time due to the belief that carbonated water was good for the health. Pemberton claimed Coca-Cola cured many diseases, including morphine addiction, dyspepsia, neurasthenia, headache, and impotence. Pemberton ran the first advertisement for the beverage on May 29 of the same year in the “Atlanta Journal”. Within a year, Coca-Cola was established as a company. By the time of its 50th anniversary, the soft drink had reached the status of a national icon in the USA. 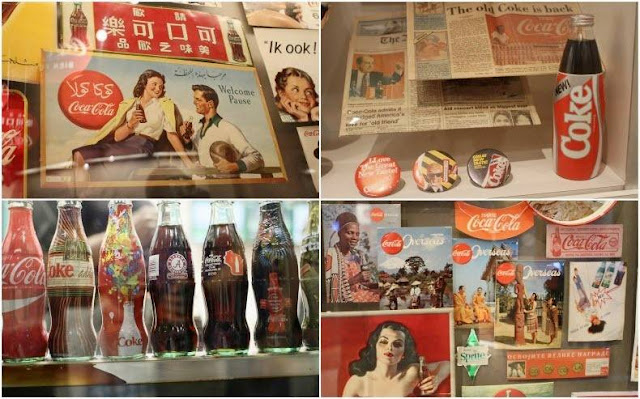 The original World of Coca-Cola was in the heart of downtown Atlanta, adjacent to Underground Atlanta at 55 Martin Luther King Jr Drive. It opened in 1991, and remained open for 16 years until it was replaced by the current location. The original museum was located in a three-story pavilion and attracted around nine million visitors during that time to become Atlanta's most visited indoor attraction. But the Coca-Cola Company wanted a bigger, more modern facility at which they could display more of the vast amount of memorabilia at their disposal. The new museum was opened to the public on May 24, 2007. 26 more images after the break... 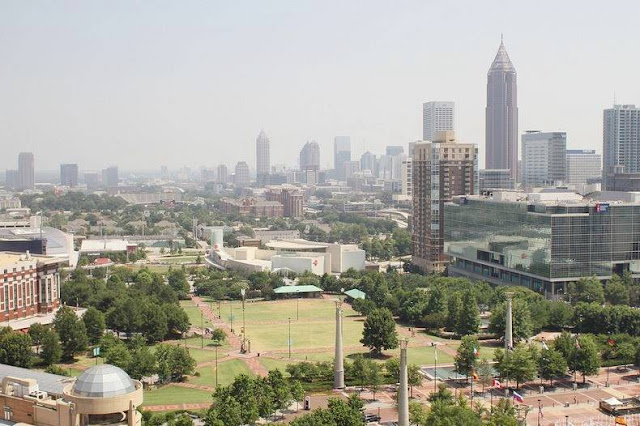 The World of Coca-Cola is a fun, interactive experience that explores everything Coke through use of artifacts, artwork, video and sound. The entire tour of the museum is said to last an average of 90 minutes but Coke fans have been known to spend as long as 2 hours or more gawking at more than 1,000 Coca-Cola artifacts and interactive exhibits such as a replica 1930s soda fountain. 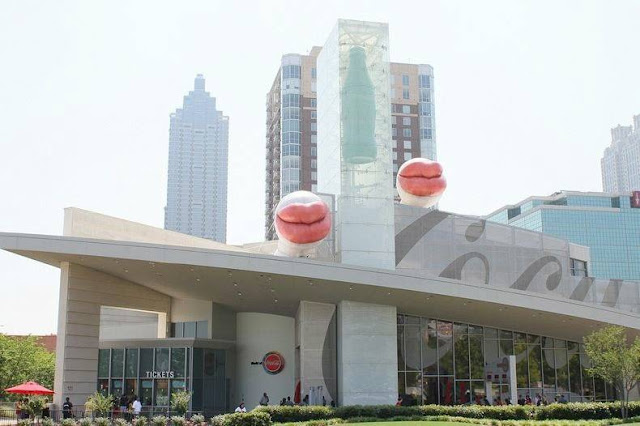 The museum includes collections of memorabilia from throughout Coke's history, including advertisements and collectibles as well as artwork featuring Coke's iconic image. There is also a movie about Coca-Cola and a chance to interact with characters like the famous Coca-Cola polar bear. Highlights of the museum include a mini bottling plant that allows guests to see the operation of a fully functioning bottling line which produces commemorative 8-ounce bottles of Coca-Cola Classic. The bottling process is slowed down significantly to allow guests an easier view. A complex robotic delivery system sends the bottles upstairs to "Taste It!" where guests retrieve them as they exit the museum. 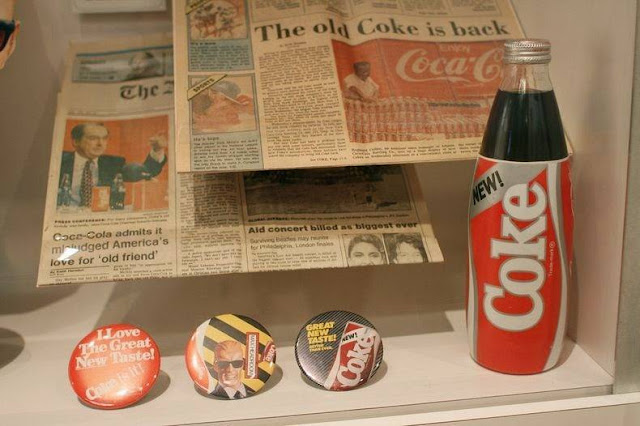 In the “Taste It” exhibit, guests can sample over 60 different types of Coke drinks from around the world. There is also a Coca-Cola Freestyle self-serve machine, which can dispense a guest's choice of over 100 carbonated and non-carbonated beverages produced by the company. 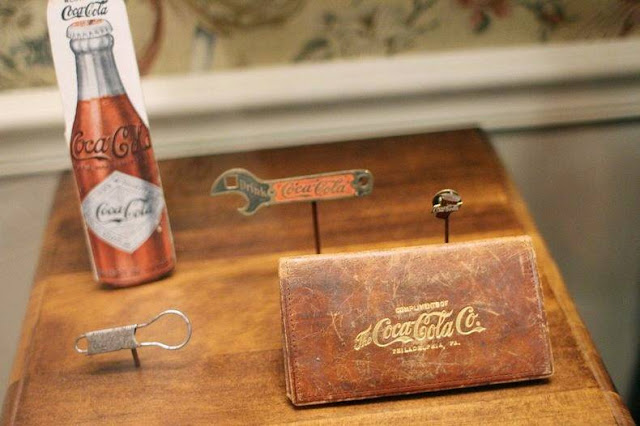 Another big attraction is the "Vault of the Secret Formula," which is an interactive exhibit that teach visitors about the rich history, mythology and intrigue around the secret Coca-Cola formula. A copy of the formula is actually guarded in a stronghold in the museum and the vault may be as close as anyone will ever get to seeing the most closely guarded trade secret in history. The World of Coca-Cola also has a store where you can purchase all kinds of Coke souvenirs. A must visit for anyone who loves the soft drink. Wikipedia Photos 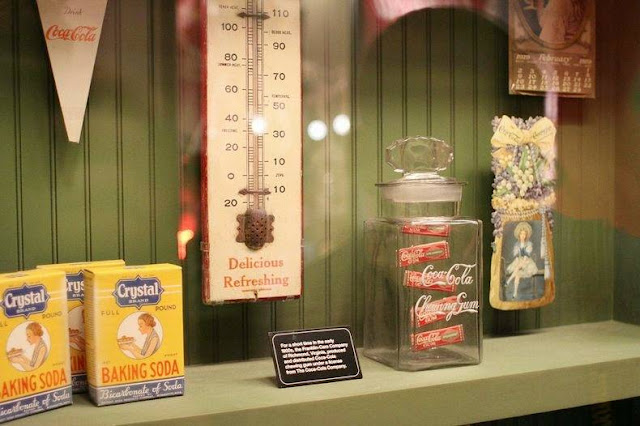 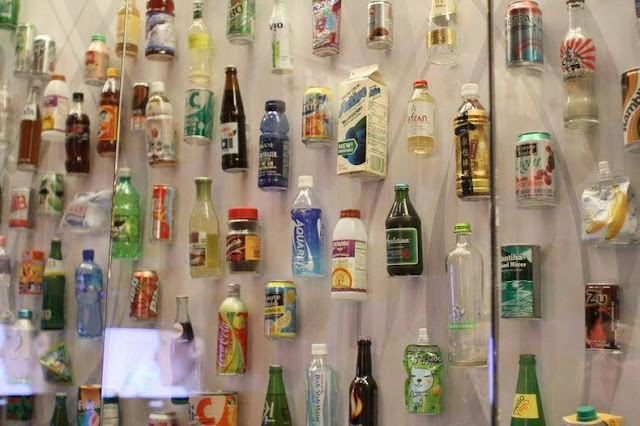 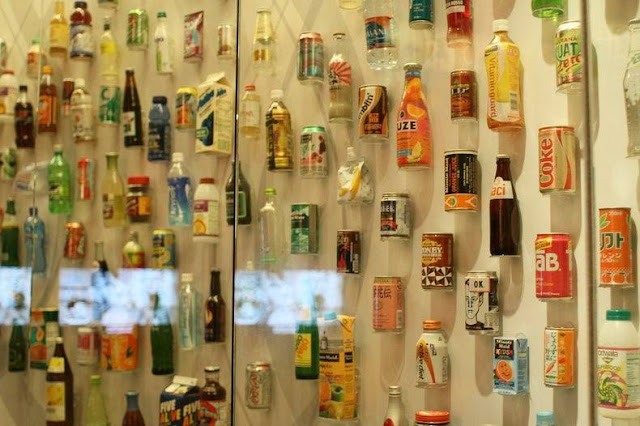 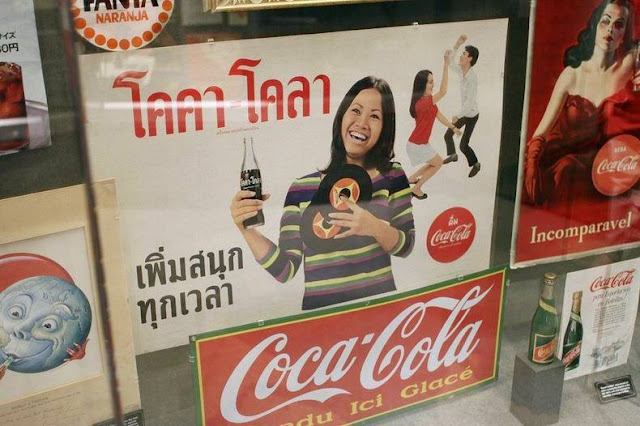 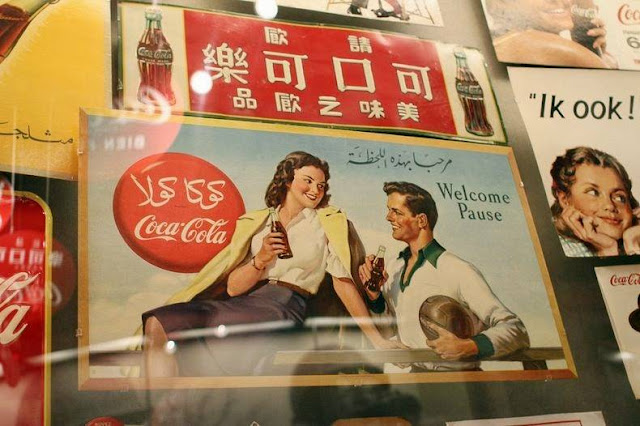 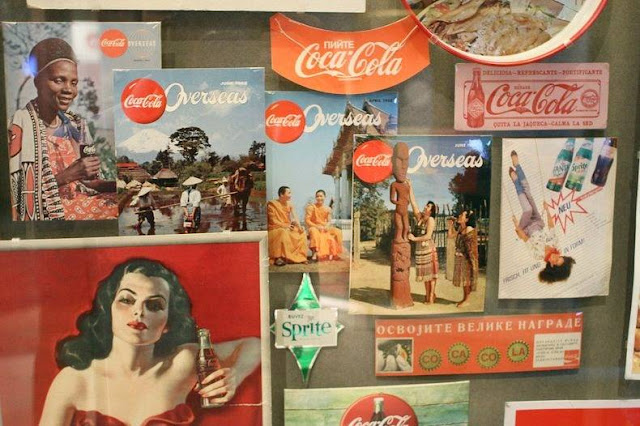 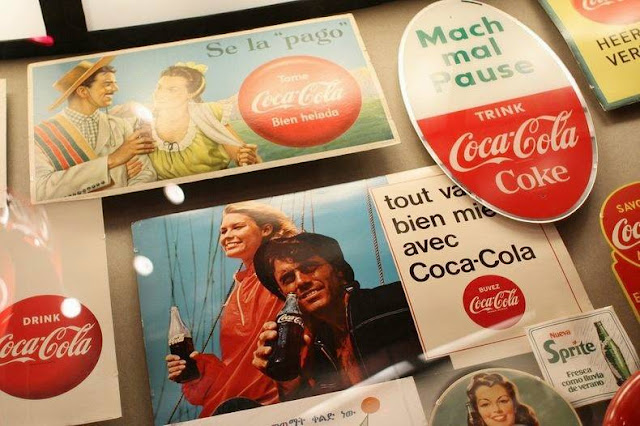 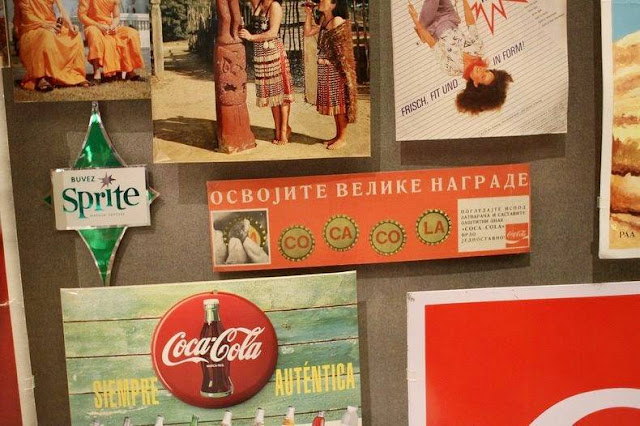 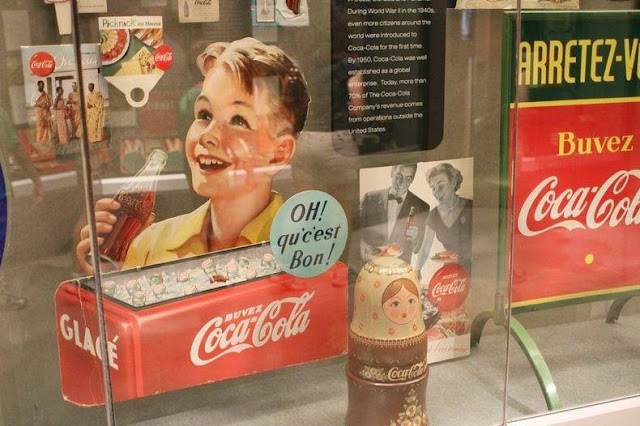 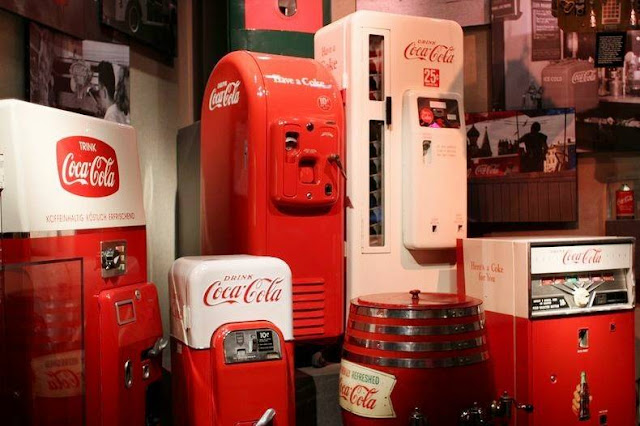 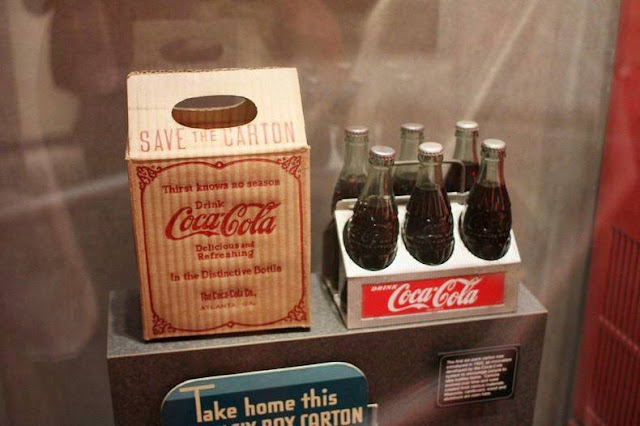 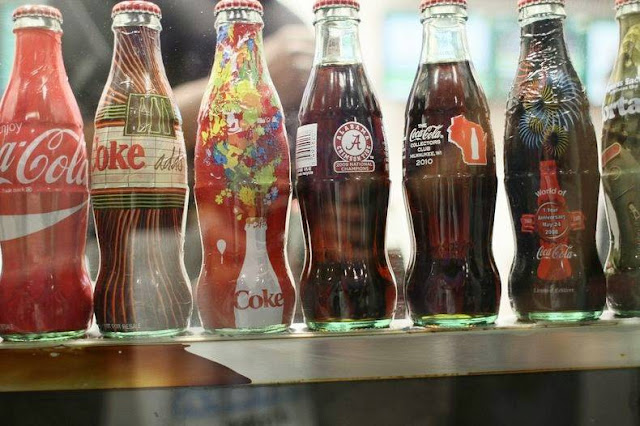 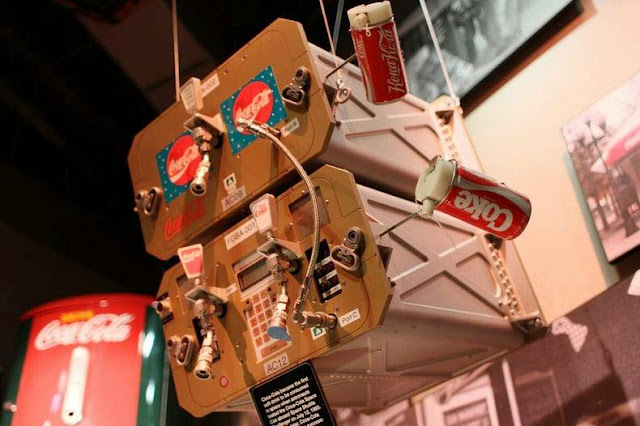 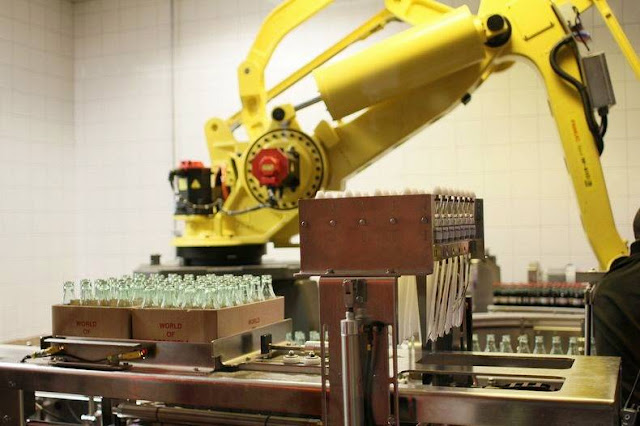 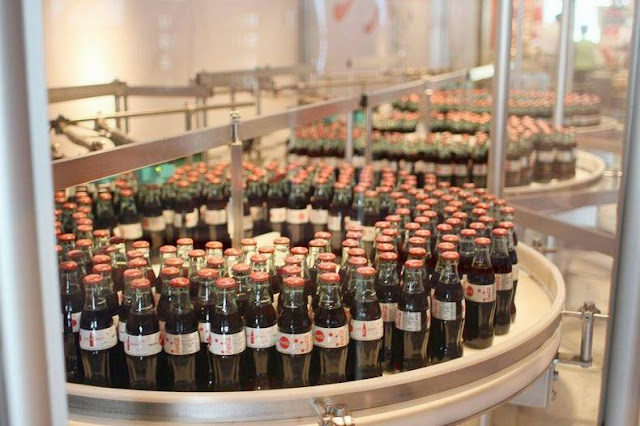 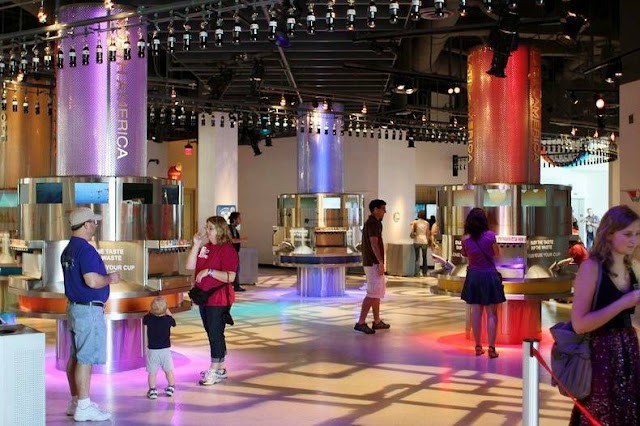 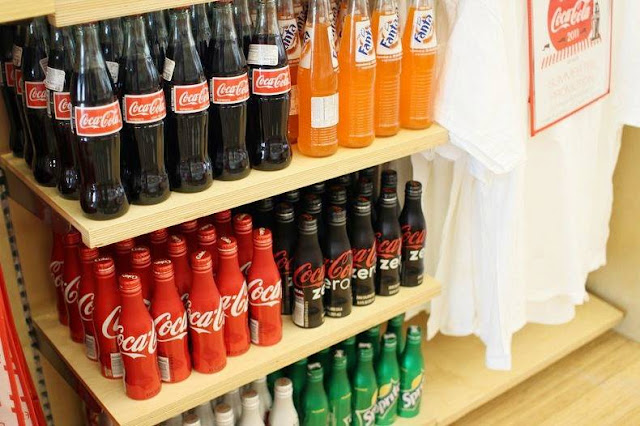 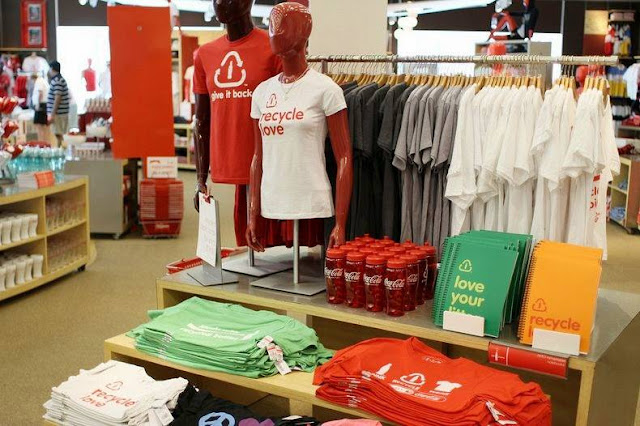 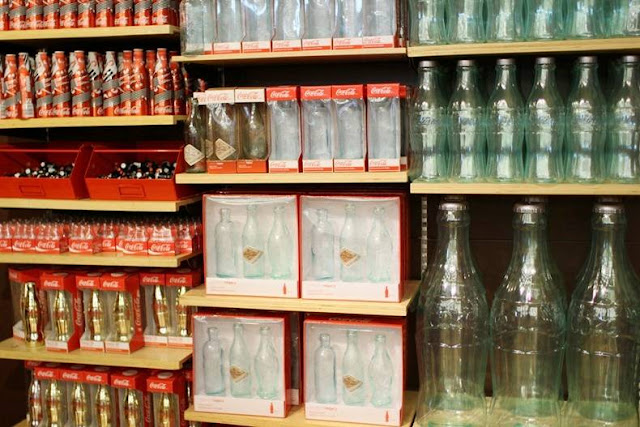 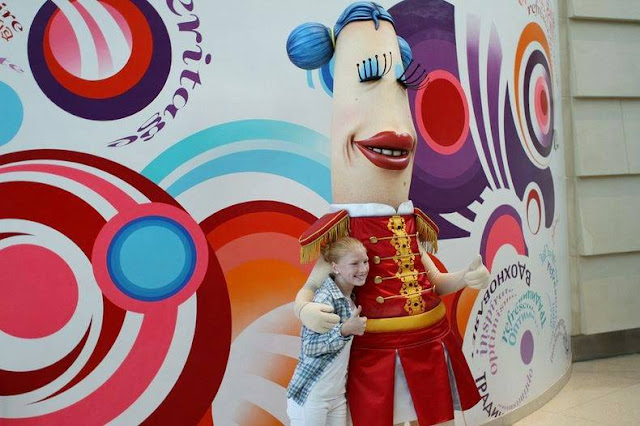 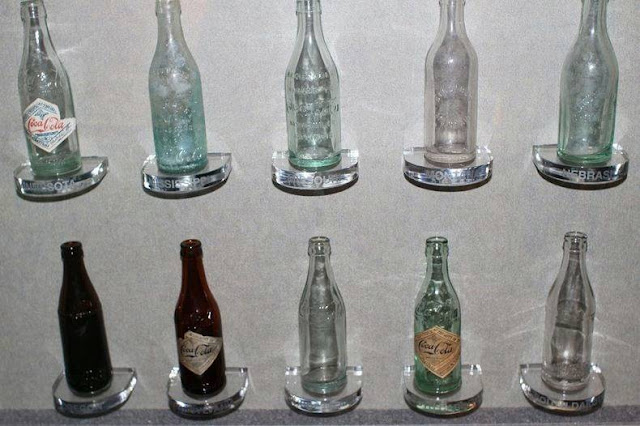 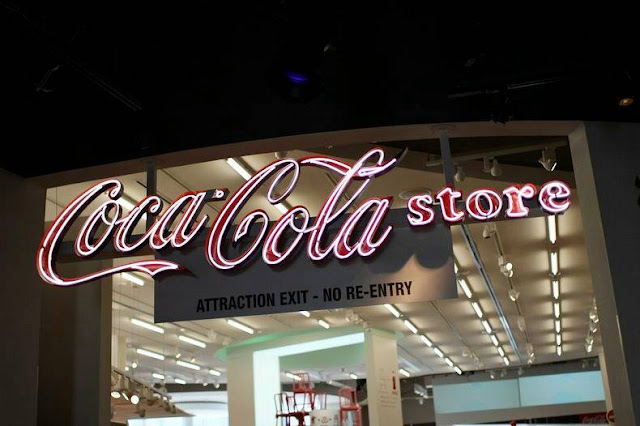 Email ThisBlogThis!Share to TwitterShare to FacebookShare to Pinterest
Labels: Around The World, History, Places