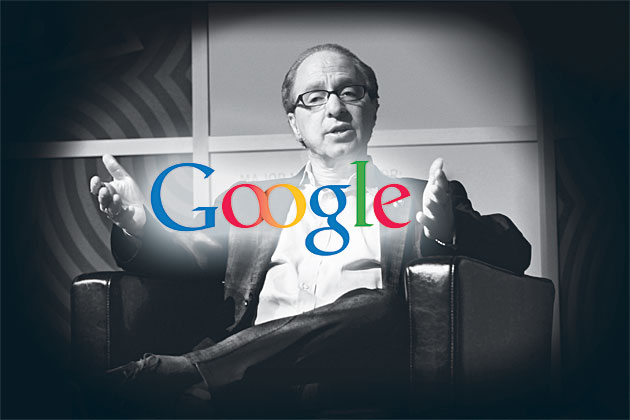 The latest entry into Google’s infrastructure is Ray Kurzweil.
Google is a big time search engine, which provides world’s information at fingertips. The value that Google provides to its worldwide audience is beyond measure. Marketing for marketers have become easier now and quite transformative.
Now Ray Kurzweil joins Google as the director of engineering. The reason for his entry is Google’s desire to pursue artificial intelligence.

User services
The core of Google is its search engine, which commands the internet and captures the applications and world’s information in its grip. Google Maps returned to iPhone and it showed Google’s power in the internet industry. Google is making sure it is competitive by producing better applications than that of Apple’s. The biggest advantage is that Google and internet companies hand out their products on a free silver platter. That’s how they keep users coming back for more.
This is a neat trick, because when a person is not paying, he isn’t the customer and Google make sure that happens.
Who doesn’t like free products? The consumers love it as they are being prioritized.
Facebook has tried monetization with achieving little success as Google’s.
Advertising front
On Thursday, the FTC gave the decision in Google’s favor that antitrust issues would prevent the future of the company into pay for play search results. FTC didn’t find any concrete harm to the customers in the manner Google prioritizes and marks its business listings. The favorable decision is good news for Google and makes its competitors the more miserable. Google improves the algorithm for appropriate information in its product’s suite ranging from TV to mobile, car and real life, many fields will remain untouchables for the rivals and big tech companies. The more Google comes into limelight, the more its competitors are shunned away in darkness.
Now the Google maps are so much more efficient and accurate. Now the application is more competitive and degrades Apple’s map. This makes one ask the question, how does it all happen? Google may know everything about a person now.
Enter Ray Kurzweil
The director of engineering will be solidifying the field of artificial intelligence and will have
unlimited access to resources. The director of engineering wants to design products, which understand human language and real definitions.
Sergey Brin and Larry Page, the co-founders of Google have joint interest with Ray Kurzweil in singularity. The desire is to make artificial intelligence competitive and efficient to pass human intelligence. It may make machine superior to humans.
The prediction of Ray Kurzweil
In the year 1999, he predicted that soon there would be mobile phones answering questions in real time and there would be self-driving cars on the market. At that time, they sounded irrelevant and impossible. But after ten years, they all exist. These predictions were deemed unrealistic.
Now Google is operating in a triangular fashion. One part of Google focuses on search and applications. The second part focuses on advertising and third will concentrate on high level research and development.