The most charitable celebrities 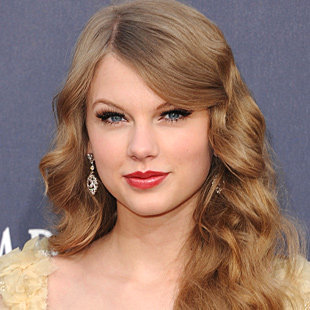 Dosomething.org is a nonprofit organization, which focuses on the energy of teenagers and makes good use of it on their desired wishes. It has now announced the most charitable twenty celebrities for the year 2012. The singer Taylor Swift tops the list this year.

Taylor Swift: Charity powerhouse
Taylor Swift is an American pop singer, who has taken awards for her music. Moreover, she is winning on the charity front as well. She has given large chunks of cash to charity organizations. She alone gave 4 million dollars to Country Hall of Fame Museum. Taylor Swift has spent countless hours visiting the cancer patients. She is also the youngest person to obtain the Ripple of Hope Award from the Robert F Kennedy Center. Taylor Swift is quite a generous person.
Miley Cyrus: Charity in USA
At number two was none other than singer Miley Cyrus. The Hannah Montana star is always in news as usual. But this time, she is on the list for being the second most charitable person of the year 2012 after Taylor Swift. All the year round, she is promoting the Saving Spot Rescue, which is a nonprofit organization. It finds dogs from high kill shelters and gives them a home.
She also has participated in numerous activities. She has been actively supporting the:
1: Save the Music Foundation
2: Starkey Hearing Foundation
3: Make A Wish Foundation
She also took the TOM’s one day without shoes challenge.
Channing Tatum: He’s the man
Channing Tatum was the ET online entertainer of year. Moreover, he was also the most charitable male celebrity. Channing Tatum is now on the third after Miley Cyrus and Taylor Swift. Also, he is the sexist man live. He has raised millions of dollars for Rain Forest Foundation in April. He has recently married Jenna Dewan. She is pregnant now. They are supporting the Angels for Animals as well as Gentle Barn, which supports abused farm animals.
Lady Gaga: Unexpected but true
Now, this sure is surprising, but it is true. Singer Lady Gaga is at number four. She is the most charitable female singer in the list. She is involved in Born This Way Foundation. It fights bullying and promotes the acceptance of LGBT community. Now, that is so noble. She has also given one million dollars to Hurricane Sandy relief work. The list seems to be dominated by female singers mostly.
Justin Bieber: Another singer
He has raised one million dollars from his Believe Charity Drive. It is a charity organization. He is also collaborating with Pencils of Promise for constructing schools in poverty stricken countries. He visits the cancer patients and has also donated 100,000 dollars to street kids, so they can attend school.
Given below is the remainder of the list of charitable celebrities for the year 2012. It extends till twenty.
6) Robin Roberts
7) Pink

Email ThisBlogThis!Share to TwitterShare to FacebookShare to Pinterest
Labels: Celebrities