There was a time not too long ago when sports teams were considered a billionaire's ultimate luxury purchase. Sports was the one area where the super wealthy could still be super fans. But in recent years, the business side of owning a sports franchise has started to overshadow that fun. Money has been flowing into sports, notably from corporate sponsorships, brand new stadiums, and massive television contracts -- and billionaires are taking notice.
10. Micky Arison 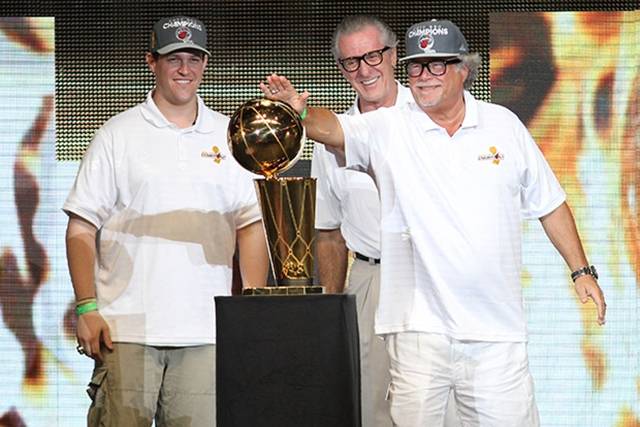 Team: Miami Heat
Net worth: $5.7 billion
Carnival Cruises, the company founded by the father of current boss Micky Arison, had a shipwreck of year, at least in terms of public relations. In February 2012 32 passengers were killed when a ship on its Costa line, the Concordia, ran aground in Tuscany. A year later, 4,000 passengers were stranded for days in the Gulf of Mexico with little food and few working bathrooms after an engine fire crippled its ship, Triumph. The stock was immediately slammed but had run up nicely (20%) in the prior 12 months on optimism about renewed consumer spending on vacations. Another positive development on dry land: Arison's NBA team, the Miami Heat, won the 2012 NBA championship, helping boost the franchise's value by 37% to $625 million. 09 more after the break... 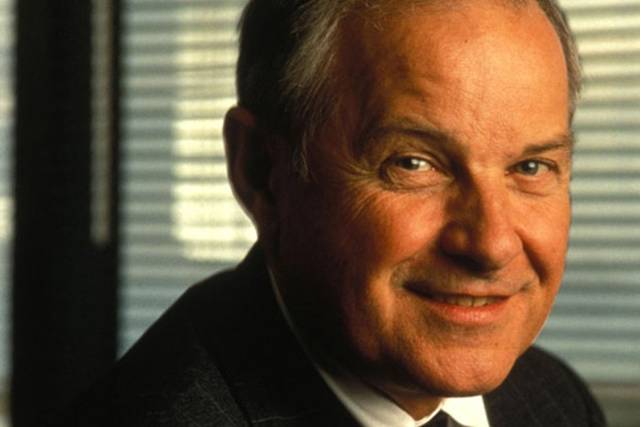 Team: San Francisco Giants
Net worth: $5.7 billion
Charles Johnson serves as chairman of Franklin Resources, parent of mutual fund purveyor Franklin Templeton, with more than $781 billion in assets under management as of December, 2012. His half-brother, Rupert, Jr. serves as vice chairman. Their father, Rupert Sr., founded a mutual fund shop in 1947, then called Franklin Distributors. Charles took over as chief executive in 1957 and the two brother expanded into Franklin Resources in 1969. Charles' son Gregory is the company's chief executive, while his daughter Jennifer serves as chief operating officer. A Yale alum, he worked as a waiter at a dining hall as an undergrad. Charles is chairman of the San Francisco Giants baseball team, and recently made a rare public appearance at the team's World Series celebration parade in October. He and his wife own the Hillsborough, Calif. Carolands mansion, which has 98 rooms and was the site for a Mitt Romney presidential fundraiser in May 2012. Johnson and his wife also oversee the Charles and Ann Johnson Foundation, which gives regularly to local schools and causes such as Stanford University and the California Academy of Sciences.
08. Margarita Louis-Dreyfus 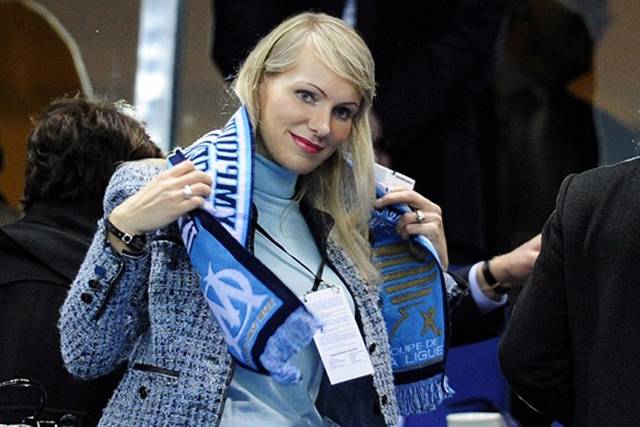 Team: Olympique Marseille
Net worth: $6 billion
Margarita Louis-Dreyfus, who is new to the Forbes Billionaires list, has held her own as chairman of the French commodities giant formerly run by her late husband, Robert. Margarita took over when Robert died of leukemia in 2009. In October 2012 she sold the company's energy trading business. She has also raised capital on the public markets for the first time in the firm's 160-year history, issuing $350 million in bonds on the Singapore market. A Russian who is known as "the tsarina" by the French press, she reportedly plans to spend $7 billion on acquisitions over the next five years. She appears to be preparing her three children to join the firm. She reportedly put her twins, Kyril and Mauric, in boarding school in Singapore for a year to expose them to new schools of thought. Her eldest son, Eric, had an internship at Glencore, a competing firm. She married Robert in 1992 after meeting him on a plane in 1988. It was the second marriage for both. 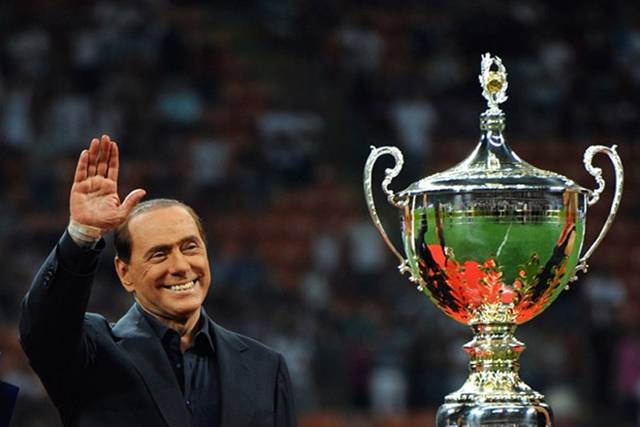 Team: AC Milan
Net worth: $6.2 billion
Silvio Berlusconi sure acts like the Teflon politician. Despite an October 2012 conviction by a Milan court for tax fraud and still pending charges against him for having sex with a minor (he denies the allegations), the billionaire announced in December that he plans to run for prime minister of Italy again -- a post from which he resigned in November 2011 amid plunging approval ratings and one he has held three times. Berlusconi started his career as a singer on cruise ships and built a fortune through holding company Fininvest that includes stakes in Mediaset, Italy's largest media company; financial services company Mediolanum (founded by Italian billionaire Ennio Doris); Mondadori, one of the country's largest publishing houses; movie maker Medusa and popular soccer team A.C. Milan. Berlusconi's eldest daughter Marina chairs Fininvest. A rise in the price of Mediolanum stock lifted Berlusconi's net worth by $300 million over the past year. 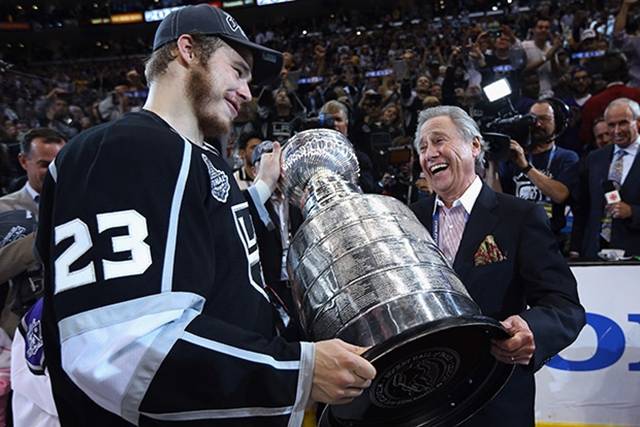 Teams: Los Angeles Lakers, Los Angeles Kings
Net worth: $10 billion
Phil Anschutz has made fortunes in oil, railroads and telecom, but his biggest bets are in entertainment. In late 2012 he put his Anschutz Entertainment Group up for sale, hoping to get more than $8 billion. Through AEG, he operates dozens of the world's greatest concert venues like the Staples Center and Nokia Theater in L.A., London's O2, and Shanghai's Mercedes-Benz Arena. He fills his halls with his own in-house entertainment, including the L.A. Lakers and NHL's L.A. Kings. His music division manages rock stars like Justin Bieber, Enrique Iglesias and Jennifer Lopez. His film division has produced the Chronicles of Narnia series. New deal: AEG partnered with Ryan Seacrest and Mark Cuban to rebrand HDNet as a new TV network called AXS. It will feature lots of live entertainment from AEG's venues. AXS is also the name of AEG's new no-fee ticketing venture to compete with Ticketmaster. Anschutz hopes to bring NFL football back to L.A., with plans to build a $1 billion stadium adjacent to the Staples Center. If only he can find a team to buy. He's got plenty of cash to make the deal, having sold oil and gas fields for $1 billion in 2010. Other passions: the art of the American West; his collection of Bierstadts, Remingtons and Russells (now on display in a new Denver museum) could be the world's best. Enjoys the western vistas too; his company Xanterra manages lodges in many national parks, and this year he bought the famed Broadmoor resort in Colorado Springs. On his own land in Wyoming, Anschutz is developing a wind farm that could boast 1,000 turbines. Team: Chelsea
Net worth: $10.2 billion
In August 2012 Roman Abramovich won a suit in the High Court in London brought by billionaire Boris Berezovsky. his former partner. Berezovsky had been seeking $5.6 billion he claimed Abramovich failed to pay for stakes in oil giant Sibneft and aluminum producer Rusal. Abramovich has stakes in steel giant Evraz and mining firm Highland Gold. Together with his Evraz partner, billionaire Alexander Abramov, he plans to buy a large stake (about 10%) in Norilsk Nickel. Abramovich was orphaned as a child and dropped out of college, then made his fortune in a series of controversial oil export deals in the early 1990s. He teamed up with Berezovsky to take over Sibneft at a fraction of its market value. He sold his stake in Russian Aluminum to another billionaire, Oleg Deripaska, and a 73% stake in Sibneft to gas titan Gazprom for $13 billion in 2005. He owns the U.K.'s Chelsea soccer team. He owns the world's largest yacht, the 533-foot Eclipse, which cost him more than $250 million in 2010. He also has a 377-foot ice boat, the Luna, a Boeing 767 and homes in London, France, St. Barts, Colorado and Los Angeles. He owns a large art collection. In January 2013 he bought a collection of 40 paintings by Ilya Kabakov, the most expensive living Russian artist, from U.S. collector John L. Stewart. 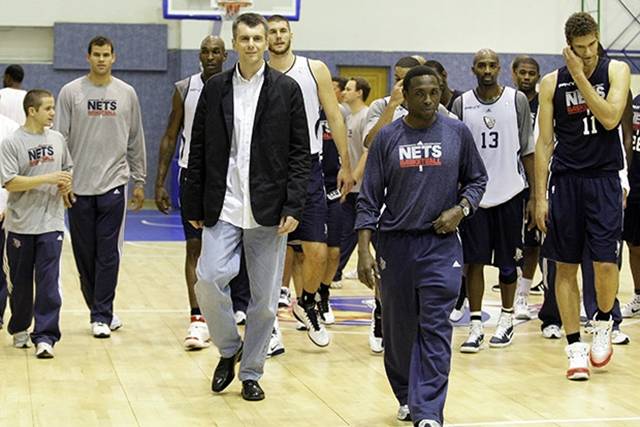 Team: Brooklyn Nets
Net worth: $13 billion
Mikhail Prokhorov has been, by turns, banker, athlete, metals mogul, playboy, investor, media player, politician, NBA owner (the Brooklyn Nets) and now, again, politician. He rocked Russia when he jumped into its 2012 presidential race against strongman Vladimir Putin. No one expected him to win but he managed to get 8% of the vote, even though he ran an unexceptional campaign. (He did, however, rap on TV, perhaps suggesting that some of his friendship with Jay-Z is rubbing off). While the 6-foot-8-inch bachelor and martial arts enthusiast moved the Nets to a new arena in Brooklyn's Atlantic Yards, and often jets in to watch a game, he has no plans to settle in the U.S. He insists that his serious interest is Russian politics, and he has created a new party, the Civic Platform, that he intends to expand until it's strong enough to go head-to-head with Putin's United Russia. He has the money to see it through. In late February 2013 he sold his 37.8% share of Polyus Gold International Ltd. for $3.6 billion.
03. Paul Allen 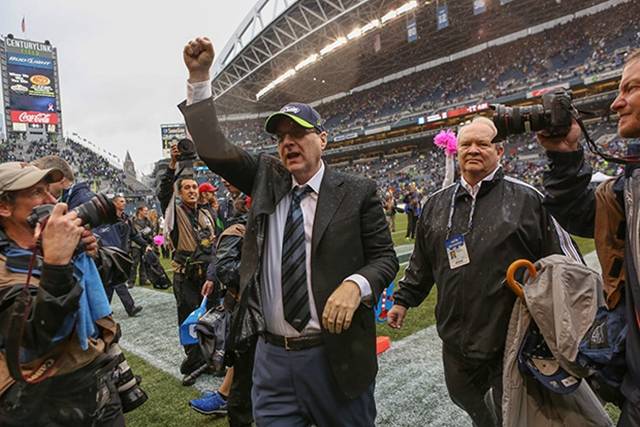 Teams: Seattle Seahawks, Portland Trail Blazers
Net worth: $15 billion
Microsoft cofounder and philanthropist Paul Allen continues to score big in real estate, tech and energy. In late 2012 his Vulcan Real Estate sold to Amazon the 12-building campus the online retailer had been leasing in downtown Seattle. At $1.15 billion, it was the biggest U.S. commercial real estate deal of the year. The proceeds will go to paying off debt and developing even more space for Amazon. Allen has been selling off shares of the software maker he started with Bill Gates and investing in a more diversified basket of media, energy and tech stocks. He's also put venture money into natural gas-to-fuels play Siluria, and diagnostics firm Applied Proteomics. Allen is that rare billionaire who combines passions for sports and science. He owns the Seattle Seahawks (pro football), the Portland Trailblazers (pro basketball) and is a part-owner in the Seattle Sounders FC (pro soccer). The cancer survivor also has a keen interest in neuroscience, having recently lost his mother to Alzheimer's disease. To date he has committed $500 million to the Allen Institute for Brain Science, which makes public a detailed "atlas" of genes that control the human brain.
02. Rinat Akhmetov 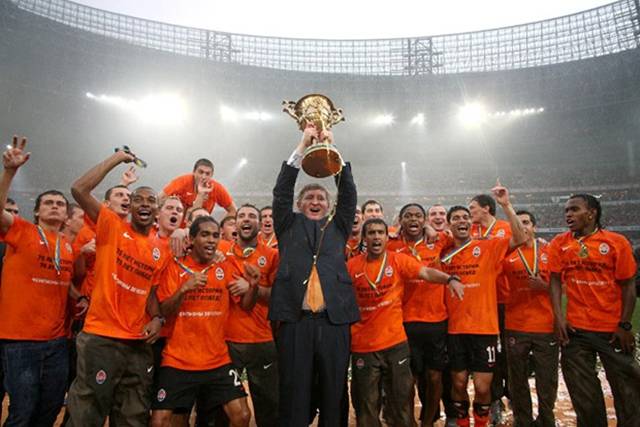 
Ukraine's wealthiest and son of a coal miner, Rinat Akhmetov has been dealing with uprisings at his coal mines with miners at one mine seizing offices in protest against their dismissal. But the value of his energy company, DTEK, continues to increase with rising demand. Strength in the energy sector has offset declines in his steel producer Metinvest which is suffering from depressed steel prices. Akhmetov has reportedly fallen out with Ukraine's President Viktor Yanukovych, with whom he had a strong alliance over the past decade; Akhmetov also stepped down from Parliament. A soccer aficionado, he is riding high after the UEFA Euro 2012 games were played in his $400 million Donbass Arena. Team: Mumbai Indians
Net worth: $21.5 billion
Mukesh Ambani's fortune dropped $1 billion though he remains India's richest person and his Reliance Industries remains country's most valuable company. Reliance, along with its partner BP, will be investing $5 billion in KG-D6, the country's largest offshore gas field where output has sharply declined and which has been the subject of scrutiny by a federal auditor. Despite hectic lobbying with the federal oil ministry, it has not yet secured a price increase for gas. Ambani is also preparing to roll out 4G services for which he may reportedly lease towers from Reliance Infratel, run by his once-estranged sibling Anil. Mukesh and his wife Nita throw lavish parties, the latest being for British prime minister David Cameron on his recent trip to Mumbai.
Via — 1 2
at March 10, 2013