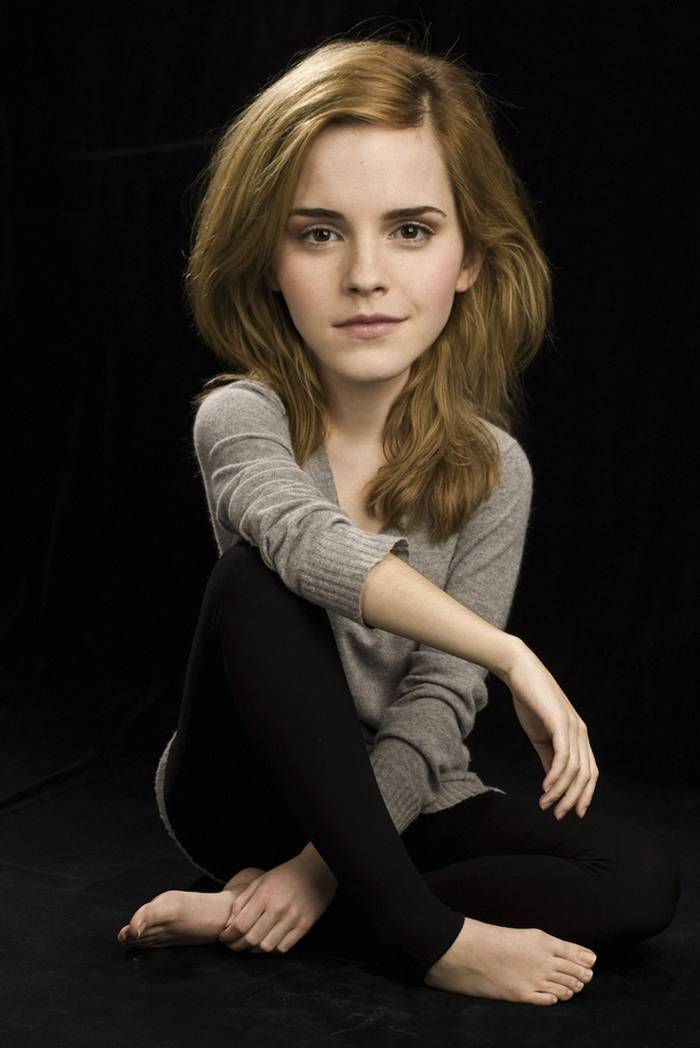 Imgur user samuelorsaumell has developed a series of photo manipulations under the apt title Celebrity Photoshop Bobbleheads that features some of today's most prominent stars as disproportionate people with abnormally giant heads. Like a set of wobbly-headed figurines that furnish many desks, these re-imagined celebrities are cartoonish in their warped proportions yet oddly believable due to the artist's skilled abilities.
From leading ladies like Emma Watson and Jennifer Lawrence to scene-stealing men like Will Ferrell and Michael C. Hall, the series presents a fully rounded collection of unnaturally large famous faces on comparably small bodies. The digital artist shared these life-size bobblehead images on reddit where it was met with a flood of attention and praise for his clean craftsmanship. 13 more images after the break...
CLICK HERE READ MORE:
at December 30, 2013 No comments: 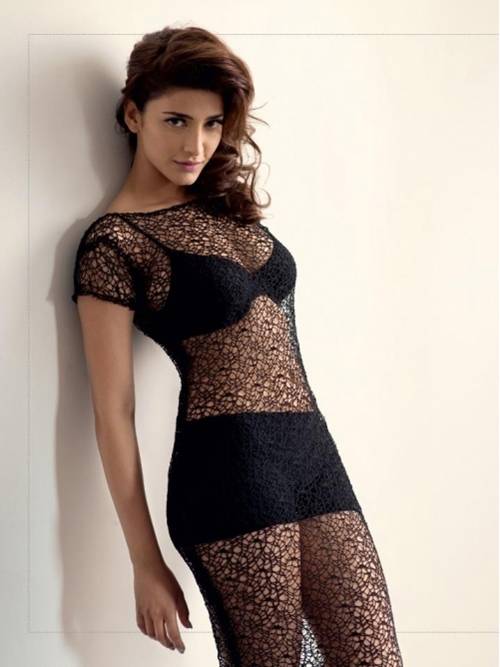 Maxim magazine got its prominence for photo shoots of famous actresses and here is the turn of Shruti hassan. Her makeup is minimal and she has tried to give a natural look to all her poses. 10 more images after the break...
CLICK HERE READ MORE:
at December 30, 2013 No comments: 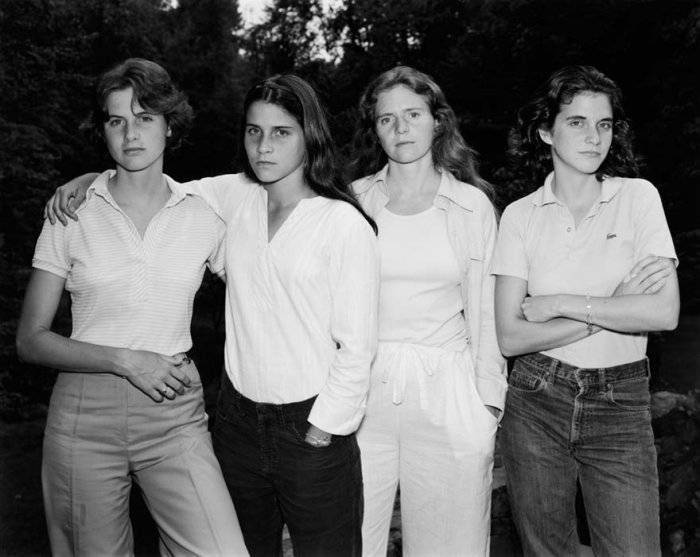 1975
Back in 1975, American photographer Nicholas Nixon captured by his camera general portrait of the four sisters, among whom was his wife Bibi. From the moment the picture was to make an annual tradition.  In total, the project eventually lasted exactly thirty-six years. At the time of the first shot, the youngest of the sisters, Mimi, was fifteen years old. And at the time of the last photo, the eldest sister, Bibi, was already 61. The series is called "Brown Sisters" These photos can not be considered highly artistic. However, the project itself is quite interesting to observe how the maturation. It was growing up, because women never get old ;) 35 more images after the break...
CLICK HERE READ MORE:
at December 30, 2013 No comments:

Email ThisBlogThis!Share to TwitterShare to FacebookShare to Pinterest
Labels: News 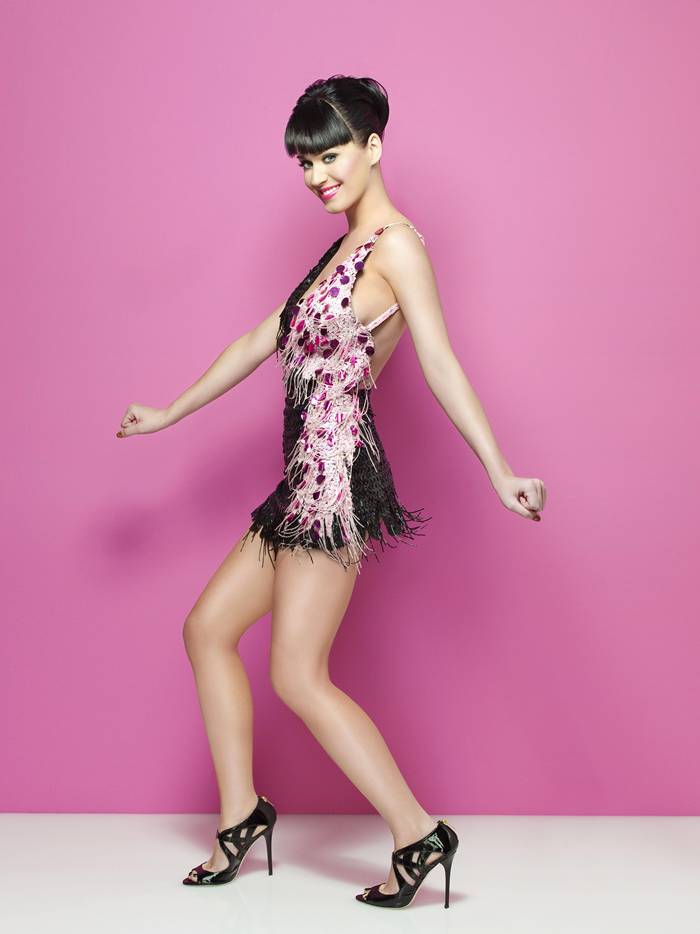 Today we bring you the classic 2009 photoshoot of Katy Perry with Mike Ruiz. This was shot at the time when Katy Perry was 25, and promoting her breakthrough album ‘One of the Boys’, 07 more images after the break...
CLICK HERE READ MORE:
at December 30, 2013 No comments: 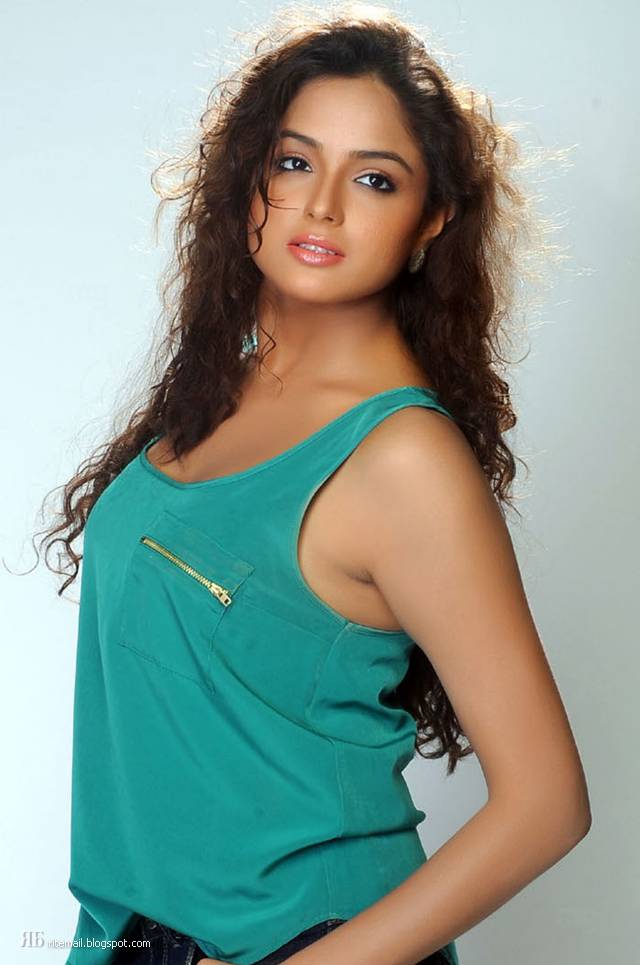 Email ThisBlogThis!Share to TwitterShare to FacebookShare to Pinterest
Labels: Photoshoot

Beautiful and Amazing Places in the World 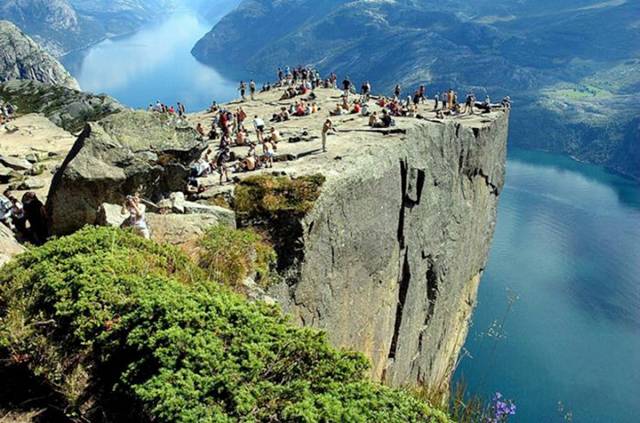 If you love to travel, take note of this post.
After all, here are some of the most beautiful places in the world. 25 more places after the break...
CLICK HERE READ MORE:
at December 30, 2013 No comments:

Email ThisBlogThis!Share to TwitterShare to FacebookShare to Pinterest
Labels: Amaizing, Around The World, Beautiful, Places 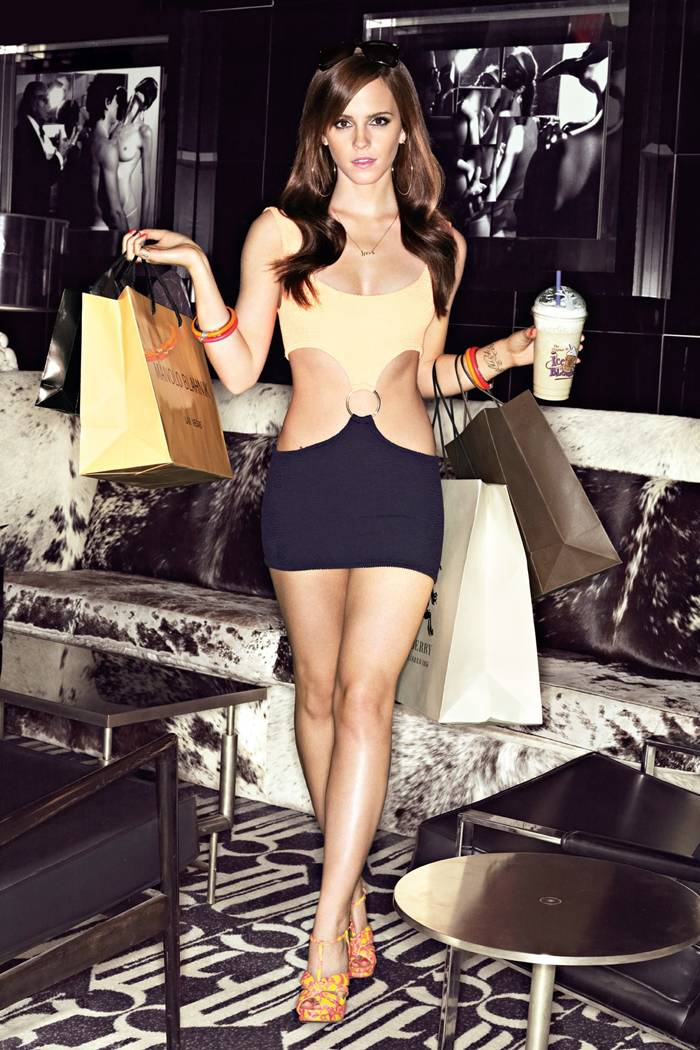 For more than a decade, Emma Watson was known to the world as the clean-cut Hermione in the multi-billion-dollar Harry Potter franchise. Now, we're introducing the 22-year-old superstar as you've never seen her before. Watson talks stardom, sex and stalkers with Dylan Jones as well as poses for a stunning photo shoot in character as Nicki, her pole-dancing Valley vixen in Sofia Coppola's The Bling Ring. 04 more images after the break...
CLICK HERE READ MORE:
at December 29, 2013 No comments:

Premchand Dogra is an IFBB professional bodybuilder from India. Also mentioned as Premchand Degra/Dhingra. He won the Mr. Universe title in the short-height 80 kg category in 1988. He was also awarded the "Achievement Medal" by the International Federation of Bodybuilding and Fitness (IFBB) in 2003, for winning its World Middleweight Champion title in 1988. 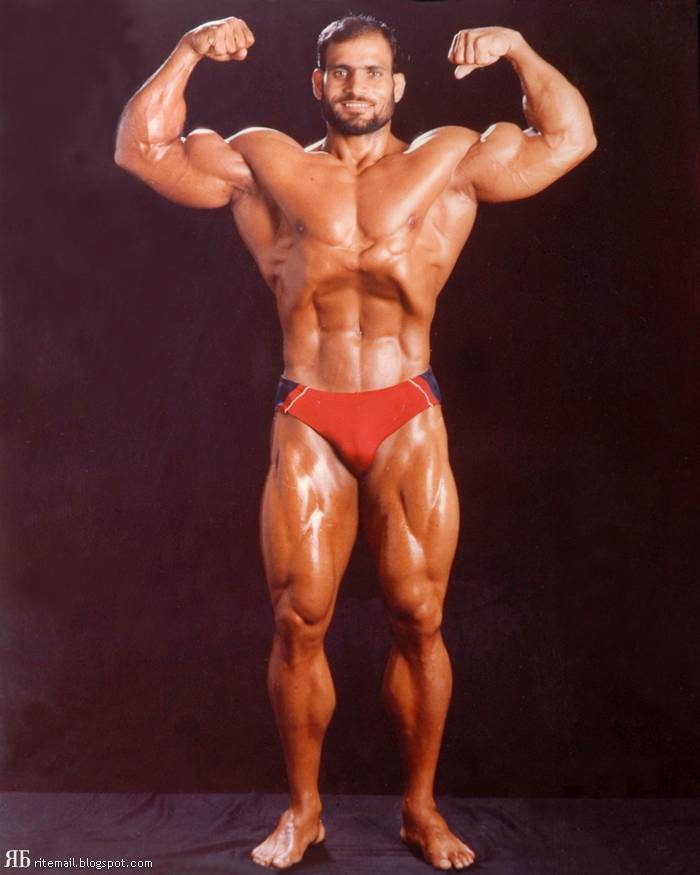 Mr. Degra lives in Hoshiarpur (Punjab) and trains budding body builders in his own gym. He was awarded the Padma Shri by the Government of India.
Born on December 1, 1955 (age 57) at Babri Nangal village in Gurdaspur district of Punjab, Premchand Dogra has striven hard to mould his body into a muscular delight. He began his sports career as a wrestler after completing his matriculation from Government High School of the neighbouring Tibber village in 1973. It was only in 1980 that he developed an interest in body building and rose to be crowned Mr. Punjab, Mr. North India, Mr. India (9 times in a row), Mr, Asia (8 times) and finally Mr. World (Middle-weight class and Mr. Universe.He is currently residing in the city of Hoshiarpur(Punjab) , India.He is running a world class gym in the city of Hoshiarpur. 12 more images after the break...
CLICK HERE READ MORE:
at December 29, 2013 No comments: 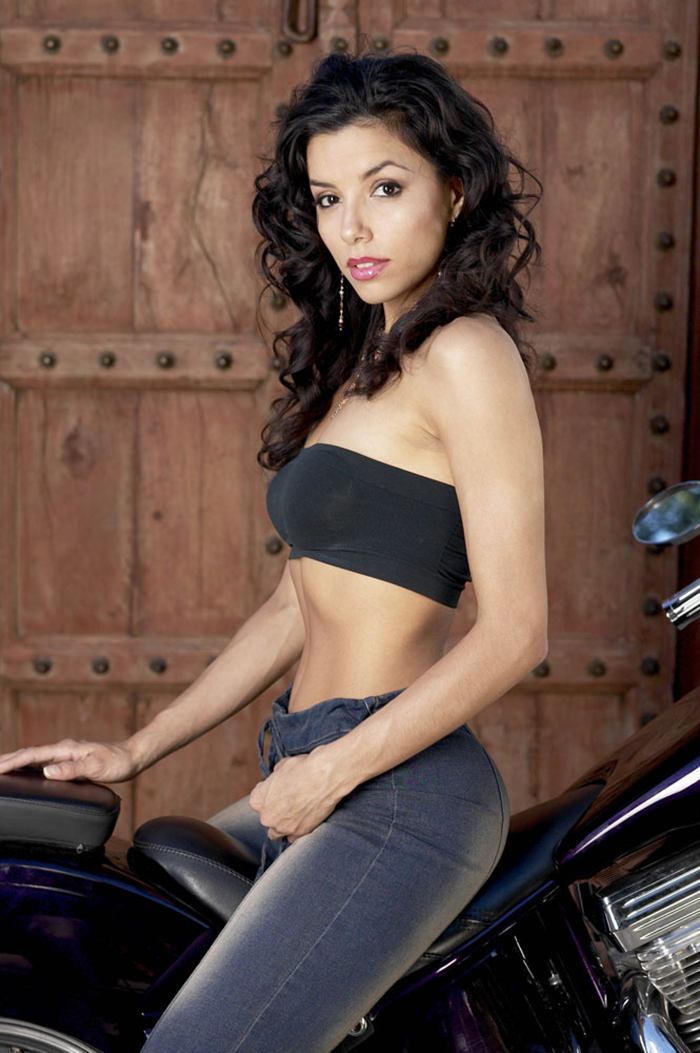 Rihanna was kicked out of the Sheikh Zayed Grand Mosque in Abu Dhabi after posing for an photo shoot. The photos - 10 in total taken by Gomillion and Leupold - landed on the "Pour It Up" singer's Instagram page, which has been quite popular with the authorities lately.
The pop star, covered up head-to-toe in a black Hijab and jumpsuit, posed sitting on the white marble of the compound, sprawled out by a fountain and in front of the mosque's 82 domes. She was asked to leave when some of her poses were deemed inappropriate for the "status and sanctity of the mosque," reports the AP. 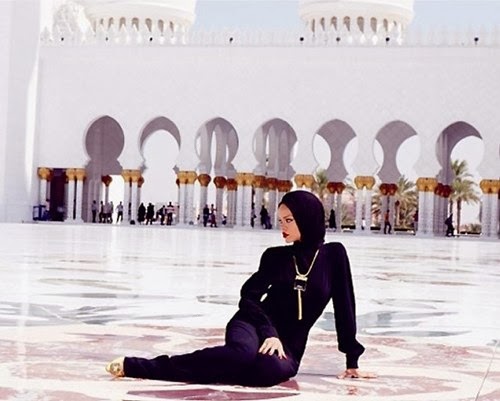 The singer was in town for a show at Abu Dhabi's du Arena on Saturday. The mosque, a major tourist attraction in the UAE capital, released a statement on RiRi's visit to local papers on Monday. It stated that she was in areas normally off limits for visitors and her fashion-style photo session violated the rules of the sacred mosque. Rihanna has not responded to the allegations. Check out Rihanna's Abu Dhabi photo shoot in the gallery that follows. Do you think it's offensive or harmless?
CLICK HERE READ MORE:
at December 29, 2013 No comments: