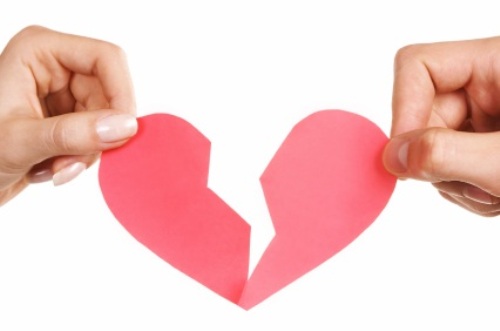 Breaking up with your boyfriend will be difficult and emotionally draining. It will be even more difficult if he is a long term boyfriend as your emotions are more entangled and you have developed a certain comfort with him. He may not be all that you wanted but you have somewhat adjusted to him and are now somewhat at peace with his faults. But the nagging problem is that you aren’t quite settled and at ease in your heart and mind with your long term boyfriend. You are unsure whether to break up with him or to continue in your unsettling but comfortable relationship. So how do you decide that it’s the right time to break up with your long term boyfriend?
You are unhappy most of the time. If this is how you feel most of the time when you are with him then the time is ripe for you to break up with your long term boyfriend. If the joyful times are few and far between then it is time. If the disappoints from who he has become are more than the great things that you see in him, then it is time. If most of your happy times are in the past then the time to leave has come.
Talking with him is like talking to a brick wall. Whenever you talk to him about your concerns and interest he just doesn’t seem to hear you. Now all men have to learn to really listen to their woman but if he makes no effort and you feel alone and alienated from him then it is time to seek help or to break up with him. If he doesn’t think it’s a problem and will not seek help with you then it is time to break up otherwise your loneliness in the relationship will cripple you emotionally.
He makes you feel less than you know you are. A boyfriend who makes you feel badly about who you are is one that you should dump today! This is usually a boyfriend who does not respect you or who you are as a person or one who just doesn’t know how to support you without taking over your life. Whatever his reasons for behaving like this you need to stand up for yourself and put a stop to it or break up with him.
Your core values are divergent. We often think that love conquers all but if your core values are on opposite sides of the spectrum then your relationship is in trouble; depending on how critical and divergent your two view points are. If the issues are critical and divergent where no compromise is possible then it is time to break up. If one of you gives in where the issues are critical and divergent then seeds of resentment and frustration are sown in their heart with a harvest of that is in your future.
He stifles your personal growth. A boyfriend who not only doesn’t support your personal growth but may even be your greatest road block to self development needs to be kicked to the curb. This is a man who seems threatened by you and what he sees as your successes. A man who sabotages you is not on your side and you need to break up with him.
There is no perfect boyfriend so you must weigh all the evidence before you conclude that it is time to break up with your long term boyfriend. You do know in your heart of hearts (intuition) when he is just not right for you…don’t you? Don’t let the fear of the unknown or of never finding another good man keep you in a relationship where you sell yourself short.

Email ThisBlogThis!Share to TwitterShare to FacebookShare to Pinterest
Labels: Information