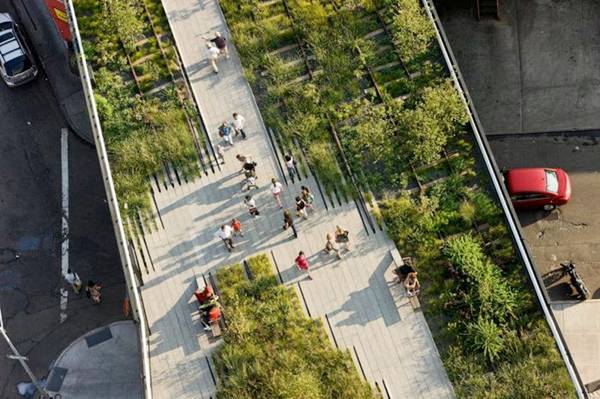 The High Line is a 1-mile (1.6 km) New York City linear park built on a 1.45-mile (2.33 km) section of the former elevated New York Central Railroad spur called the West Side Line, which runs along the lower west side of Manhattan; it has been redesigned and planted as an aerial greenway. The High Line Park currently runs from Gansevoort Street, one block below West 12th Street, in the Meatpacking District, up to 30th Street, through the neighborhood of Chelsea to the West Side Yard, near the Javits Convention Center.
The recycling of the railway into an urban park has spurred real estate development in the neighborhoods which lie along the line. 25 more images after the break... 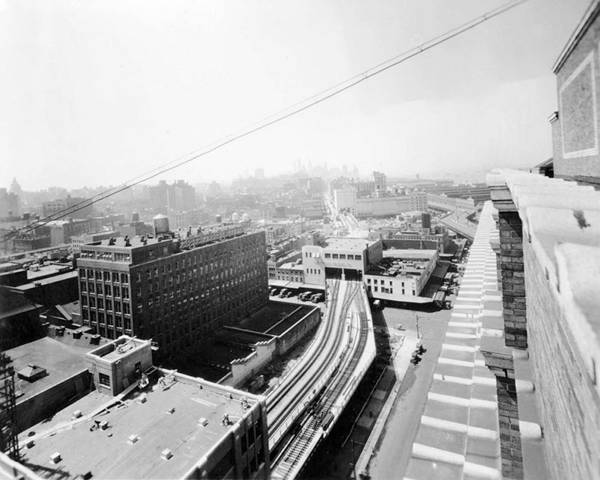 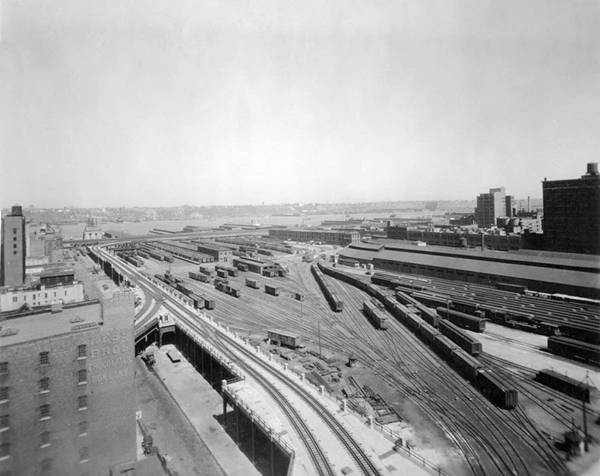 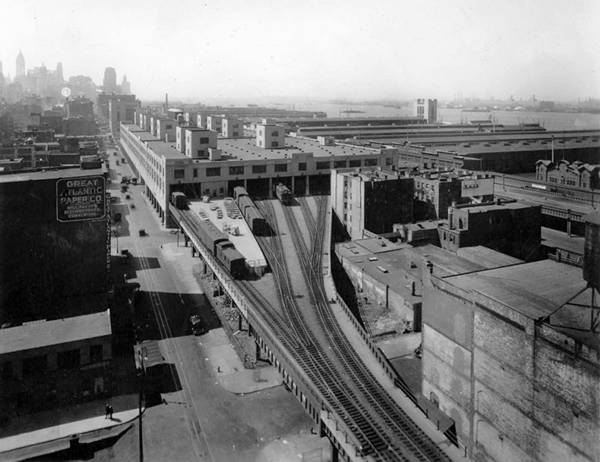 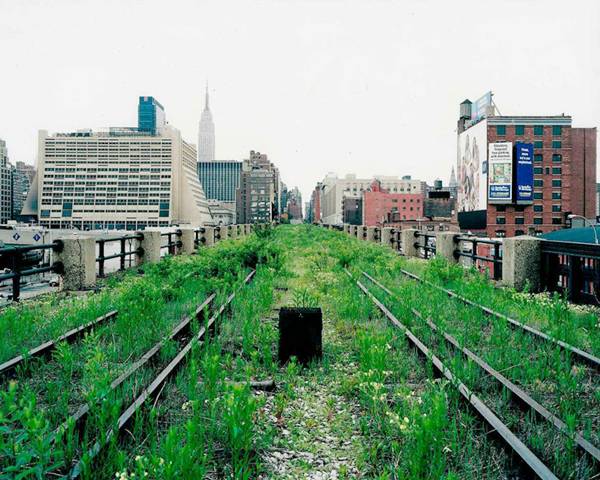 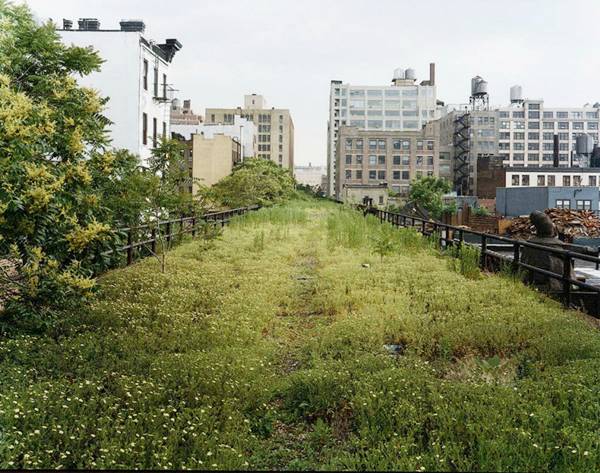 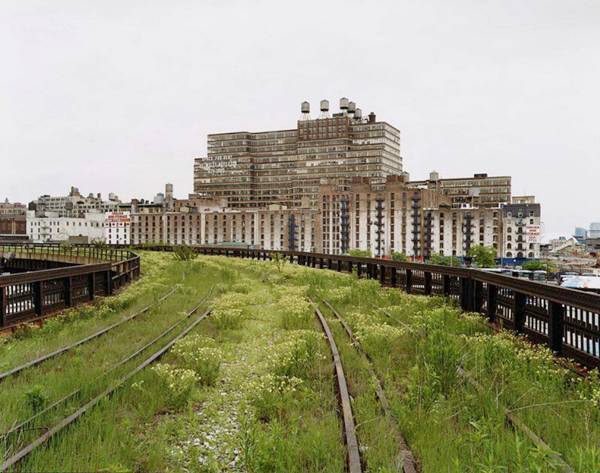 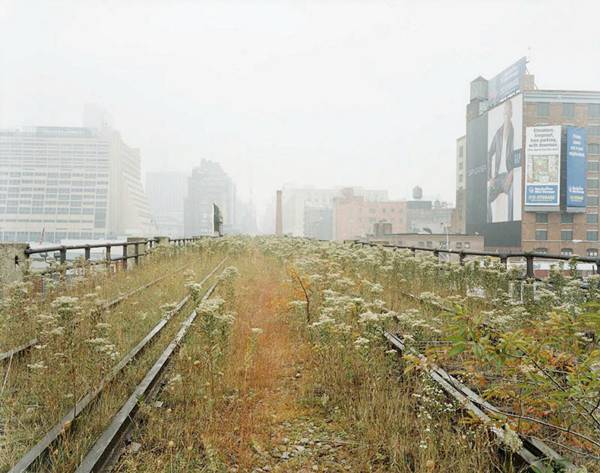 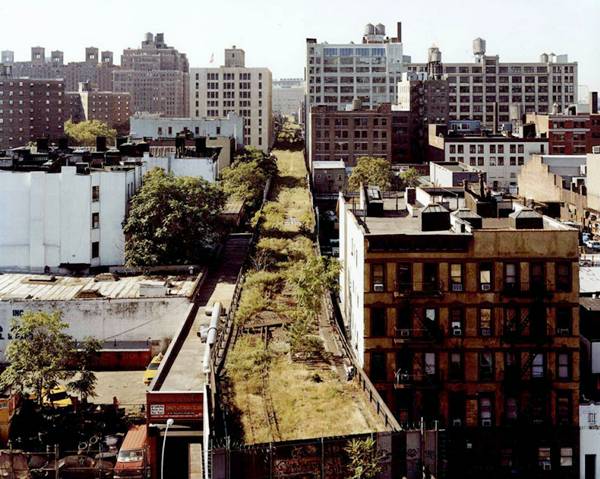 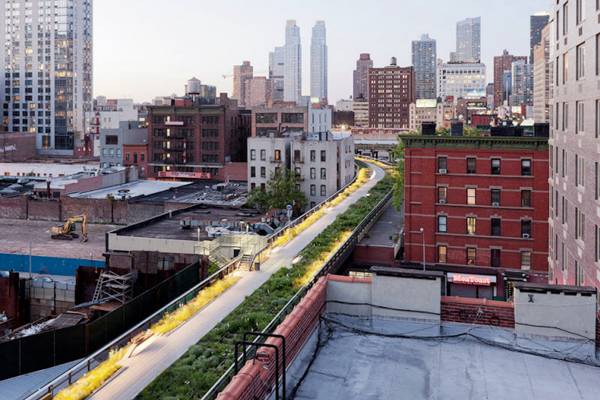 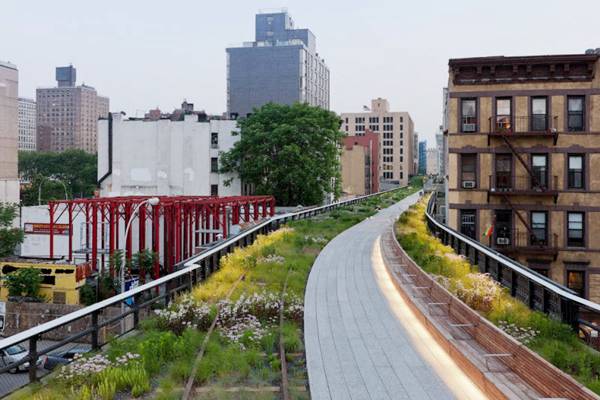 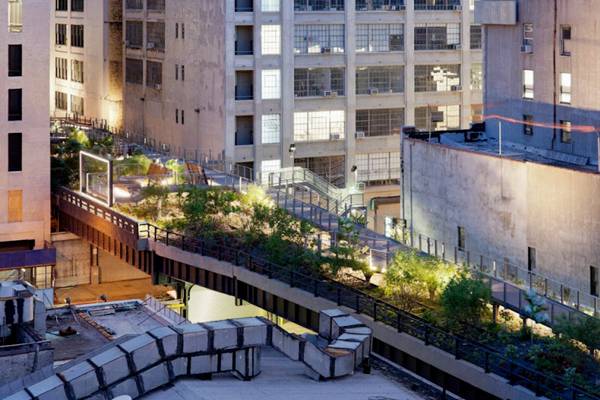 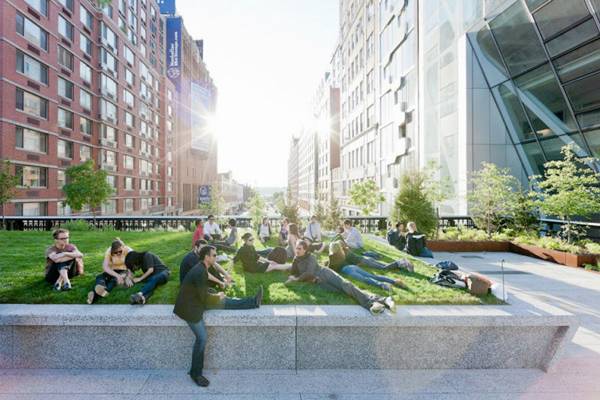 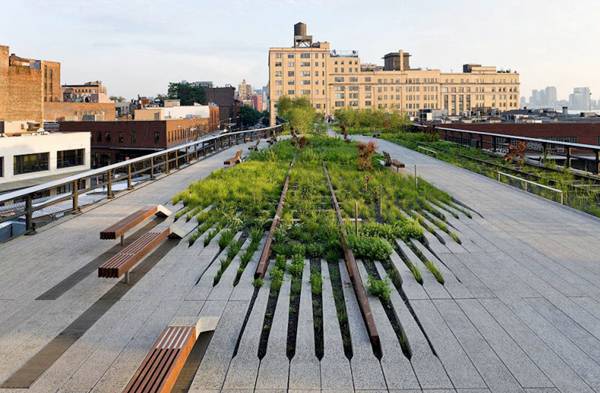 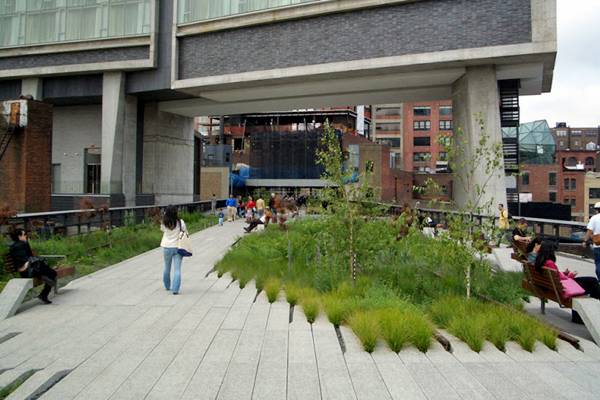 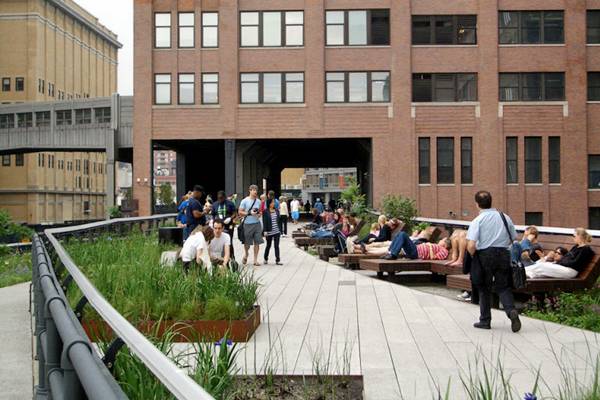 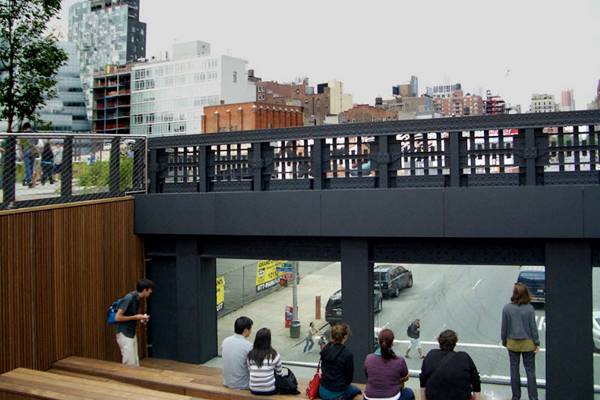 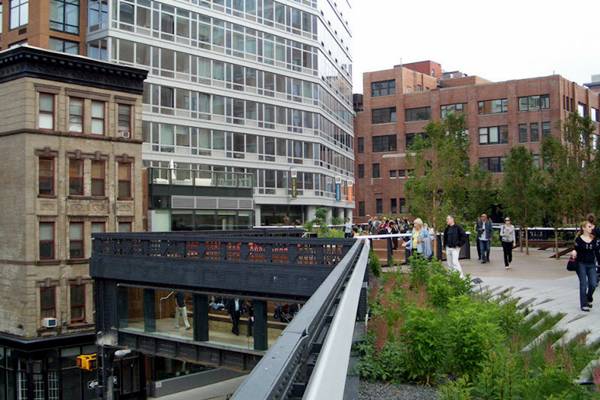 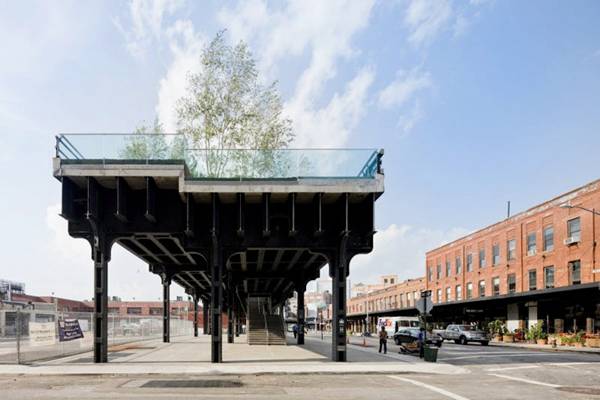 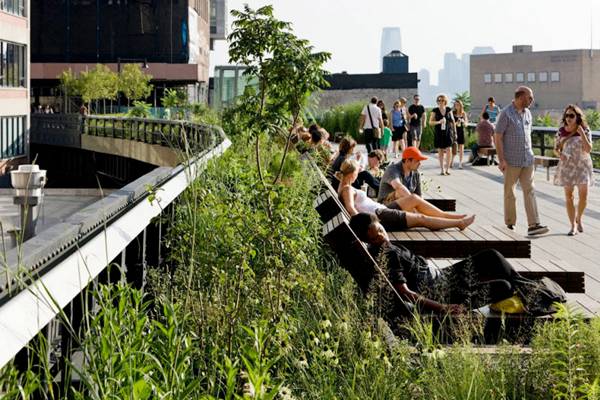 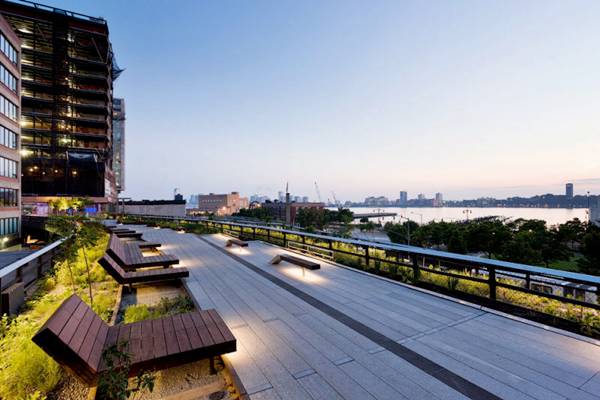 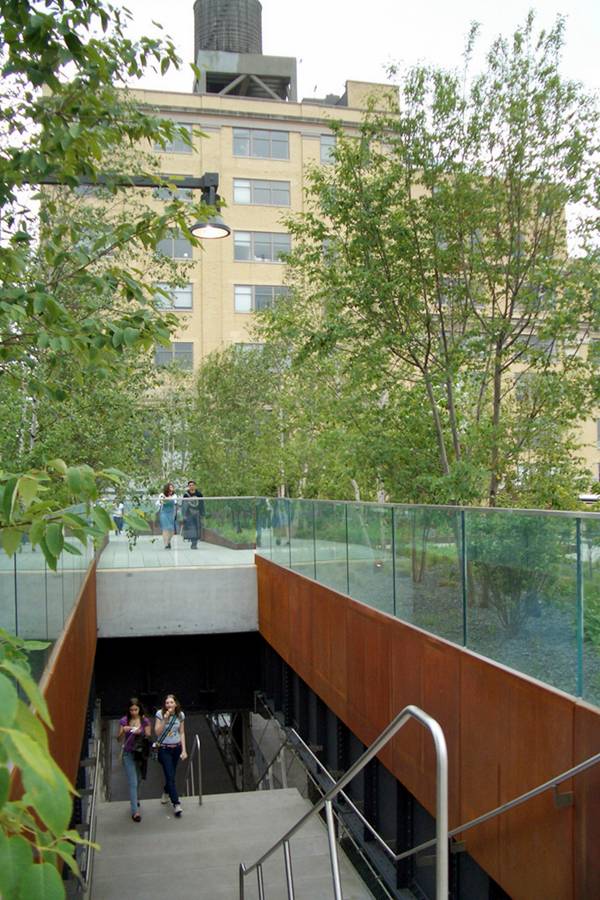 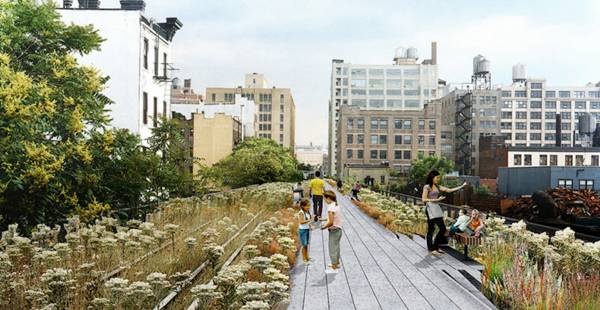