It can get pretty tough to concentrate on national team colors and medal counts when some of the athletes in London are this hot. -- By Carla Thorpe, Tiara Chiaramonte and Lauren Jones, Yahoo! Sports 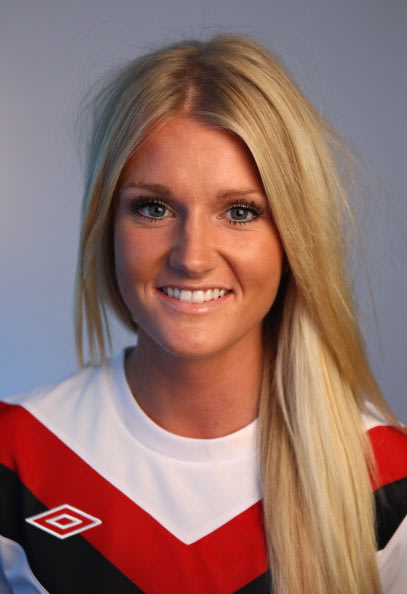 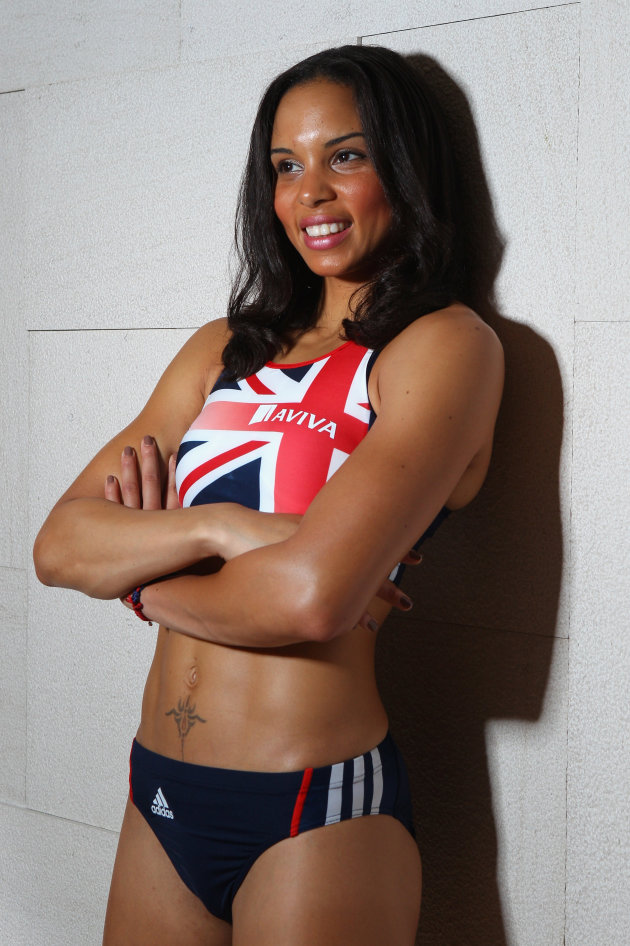 Louise Hazel of Great Britain has earned the title of one of the most striking Olympians in the 2012 London Games. With her hazel eyes and slender, toned build, this British beauty is one to watch out for in the Heptathlon during this Olympic games. (Photo by Mark Dadswell/Getty Images) 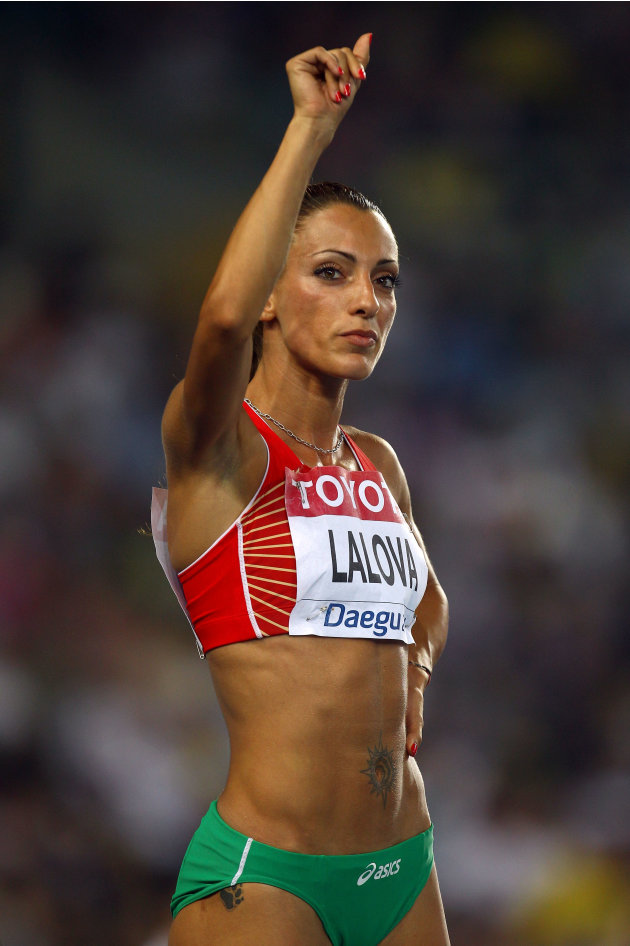 Ivet Lalova of Bulgaria has recently been named the new Olympic crush of the London Games. The 28-year-old has made a name for herself as a phenom on the track. (Alexander Hassenstein/Bongarts/Getty Images) 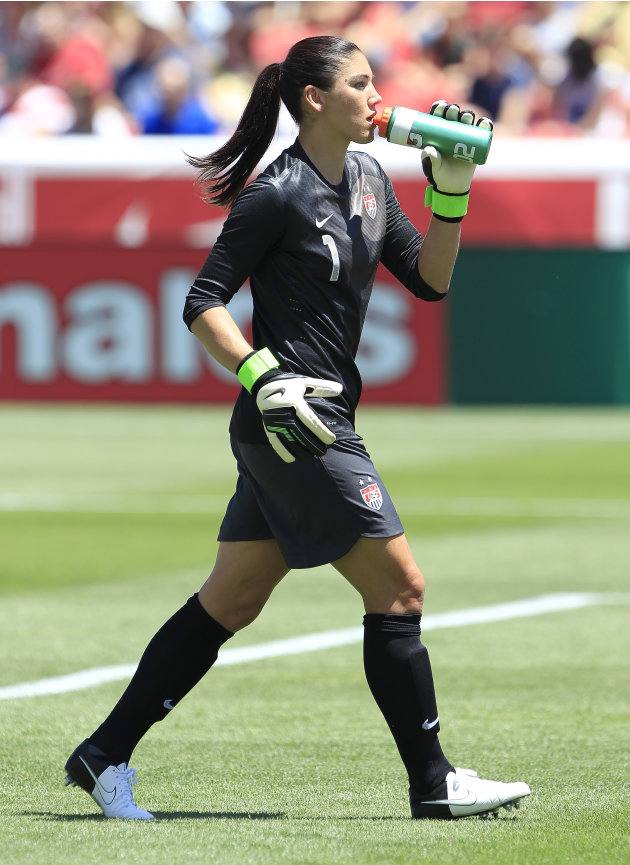 After appearing in ESPN The Body Issue, Hope Solo, proved why she can be considered one of the hottest Olympians in the London Games. Goalkeeper Hope Solo #1 of the USA even makes drinking water look like something you want to engage in. (Photo by George Frey/Getty Images) 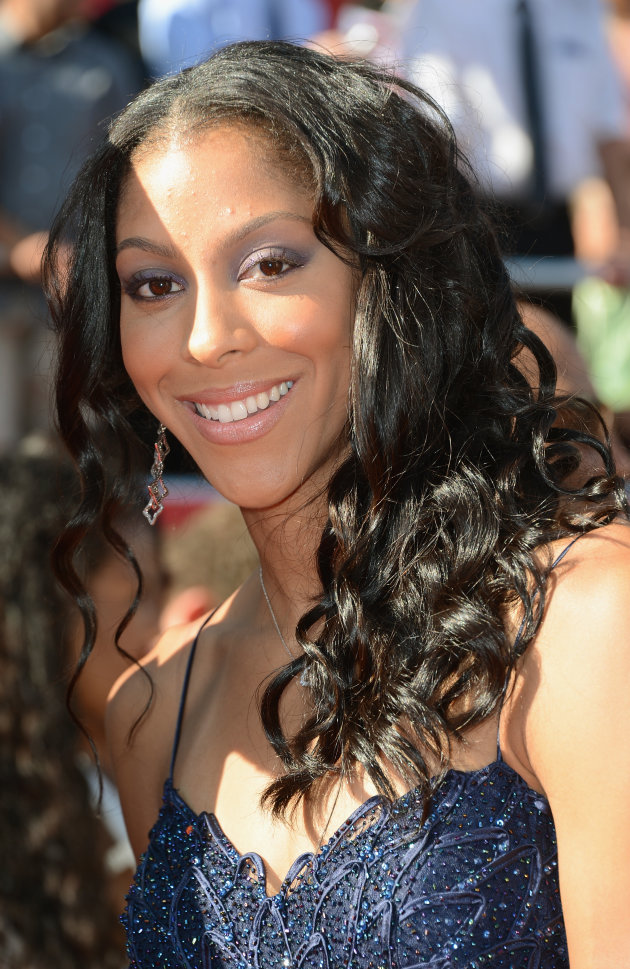 Many know Candace Parker as the younger sister of NBA player Anthony Parker. Others know her as the first woman to dunk in the NCAA tournament, but Candace Parker has also made a name for herself as one of the most radiant beauties of the Olympic Games. (Photo by Frazer Harrison/Getty Images) 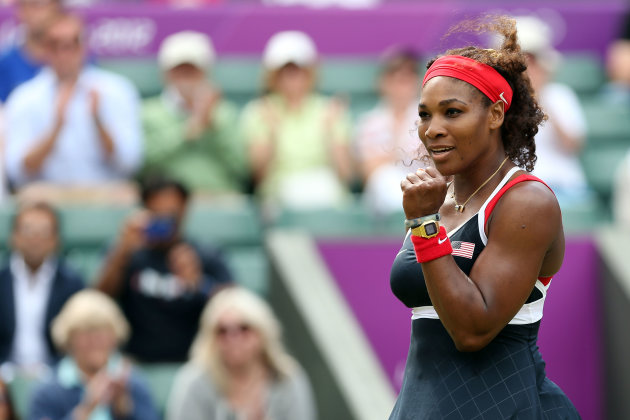 Two-time Olympic gold medalist, Serena Williams, has certainly made a name for herself with her stunning style and curvy figure. The five times Wimbledon Ladies Champion has attracted some of the hottest men in Hollywood her knockout body and warm personality. (Photo by Clive Brunskill/Getty Images) 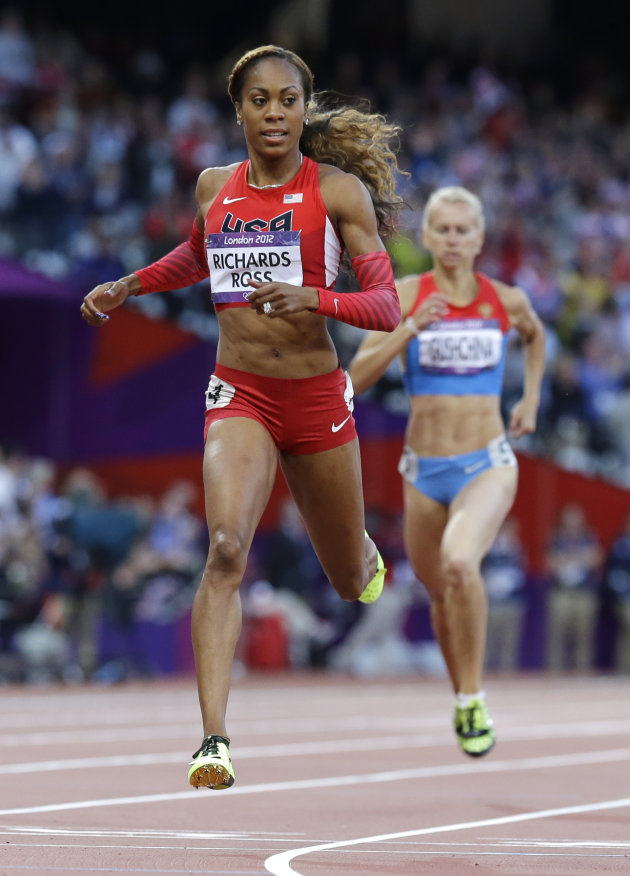 The Jamaican born track and field sensation is already taken by Aaron Ross of the Jacksonville jaguars. However, this beauty is still turning heads representing the United States in the women's 400-meter at the 2012 Summer Olympics, London. (AP Photo/Anja Niedringhaus) 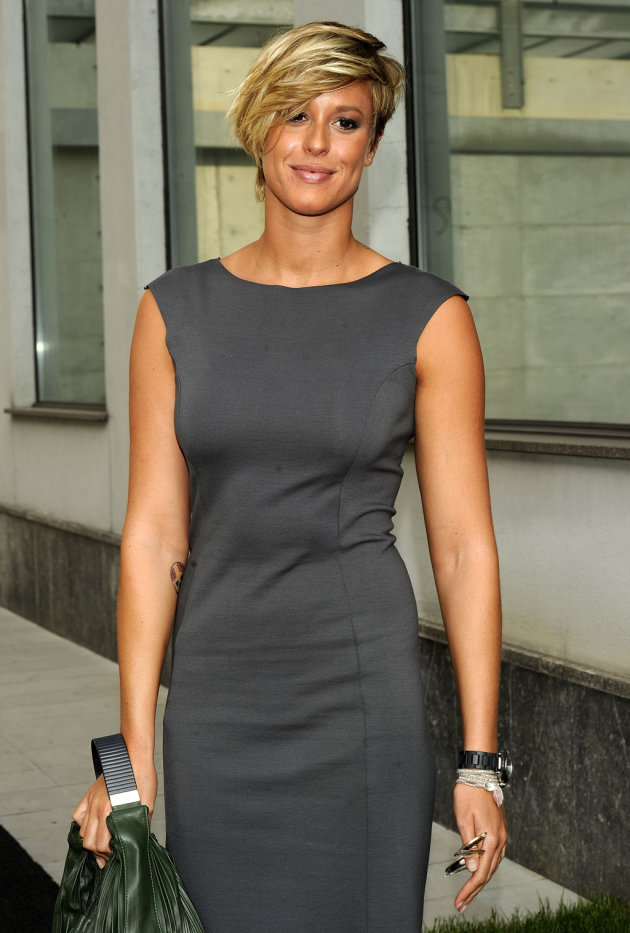 Federica Pellegrini
Italian swimmer Federica Pellegrini is the first woman ever to breach the 4-minute barrier in 400m freestyle. Her voluptuous yet toned body has been featured nude on the cover of Italian Vanity Fair. (AP Photo/Giuseppe Aresu) 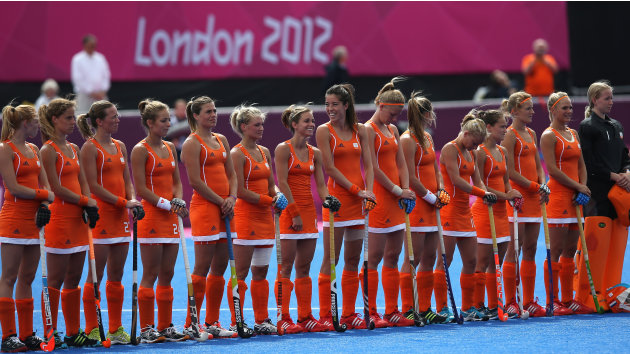 Netherlands women's field hockey team
Quickly gaining attention as the "best looking team in the Games", the lovely ladies of the Dutch field hockey team have more to offer viewers than just their hockey skills. (Photo by Daniel Berehulak/Getty Images) 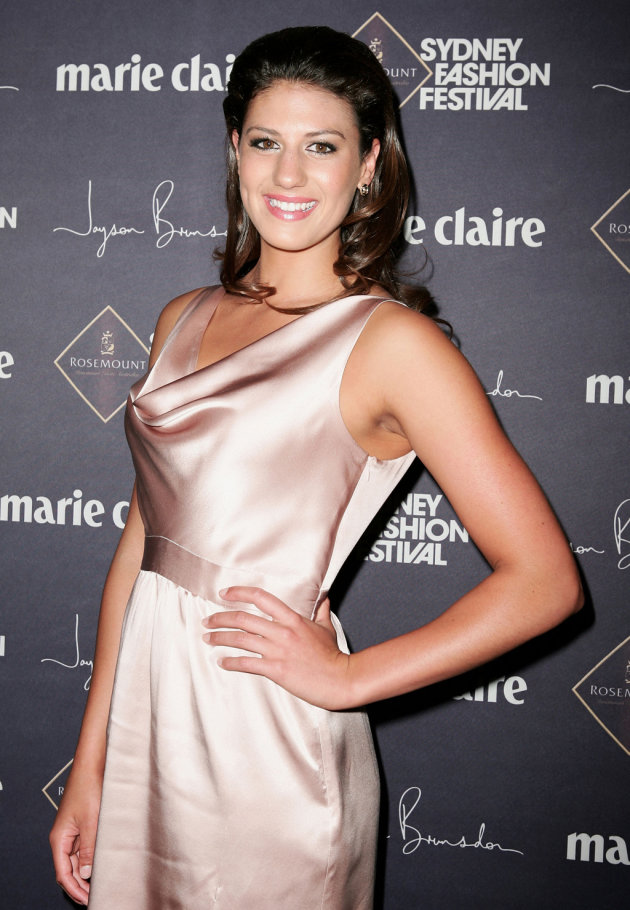 Stephanie Rice
Australian Swimmer Stephanie Rice won three gold medals at the Beijing Olympics but this year she's making headlines for tweeting racy pictures of herself, including one of her dressed as a sexy police officer. (Photo by Gaye Gerard/Getty Images) 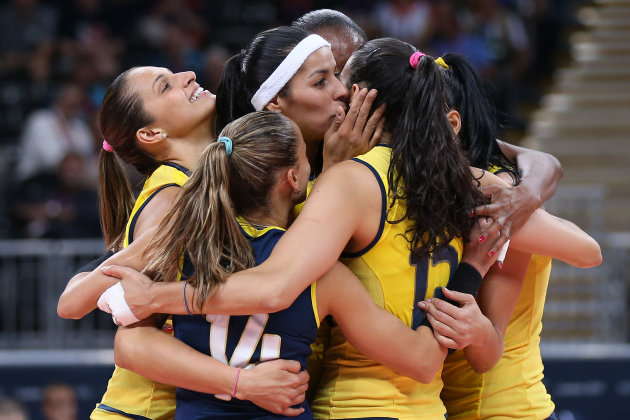 Brazilian women's volleyball team
Why choose just one when there are so many crush-worthy players on Brazil's volleyball team? And they're not just pretty faces, they're also the defending Olympic gold medalists after beating the USA in Beijing. (Photo by Elsa/Getty Images) 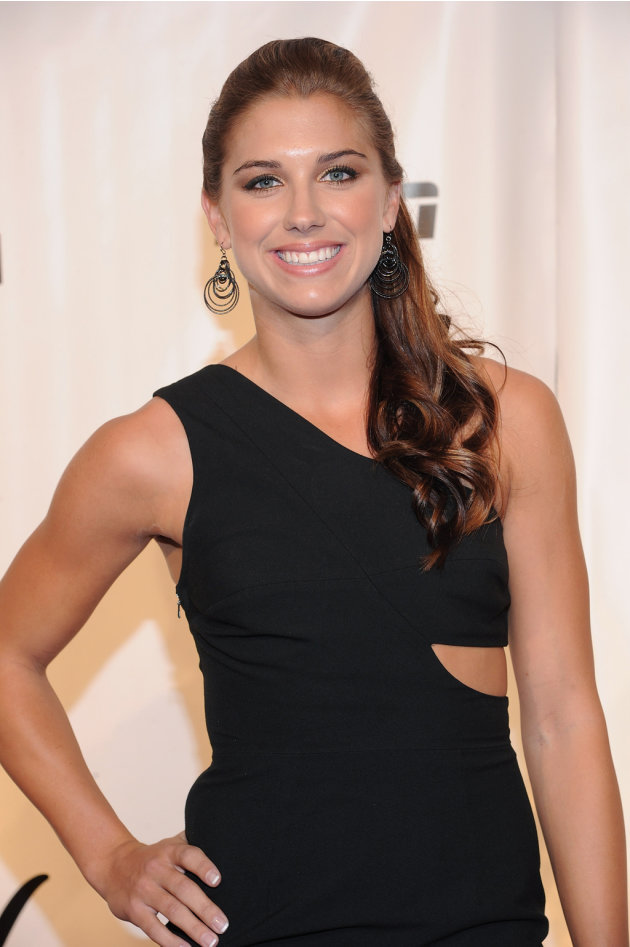 Alex Morgan
U.S. soccer champ Alex Morgan is brains and beauty, having graduated early from the University of California, Berkeley. She went onto be the youngest player on USA's roster at the 2011 FIFA Women's World Cup and scored her team's first goal at the London Olympics. Check out more photos of Alex here. (Photo by Jason Kempin/Getty Images)

Lolo Jones
Lolo Jones is an American track and field athlete who specializes in hurdles. Her exotic features come from her mixed background of Native American, African, French and Norwegian. Recently the Olympic beauty revealed on Twitter that she is a virgin. (Photo by Roger Kisby/Getty Images) 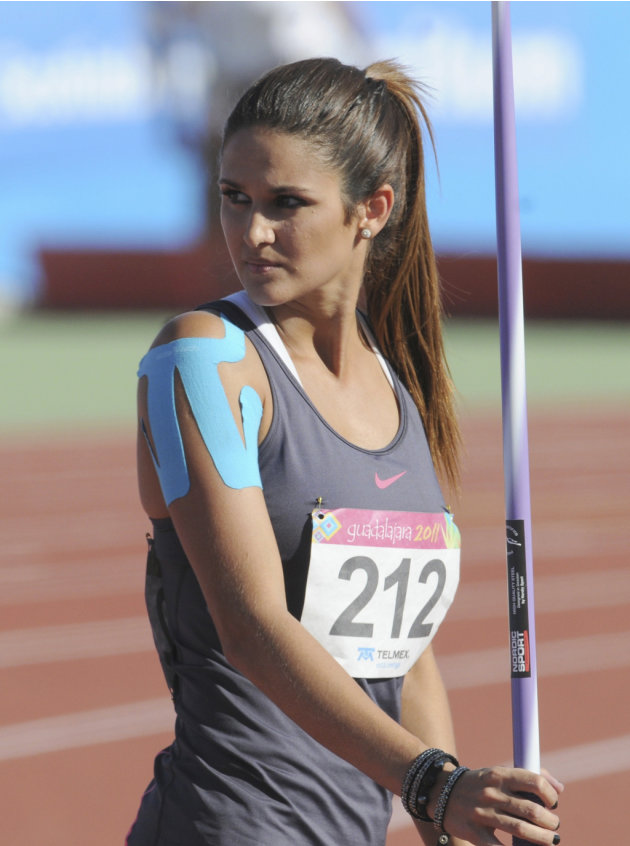 Leryn Franco
Paraguayan track and field star, Leryn Franco, is a model who happens to be an athlete. Franco even admits that she’s more famous for her beauty than prowess. She's modeled in numerous magazines and in 2006 she was runner-up in the Miss Universe Paraguay contest. Check out more photos of Leryn here. (Photo by Eduardo G Biscayart/LatinContent/Getty Images) 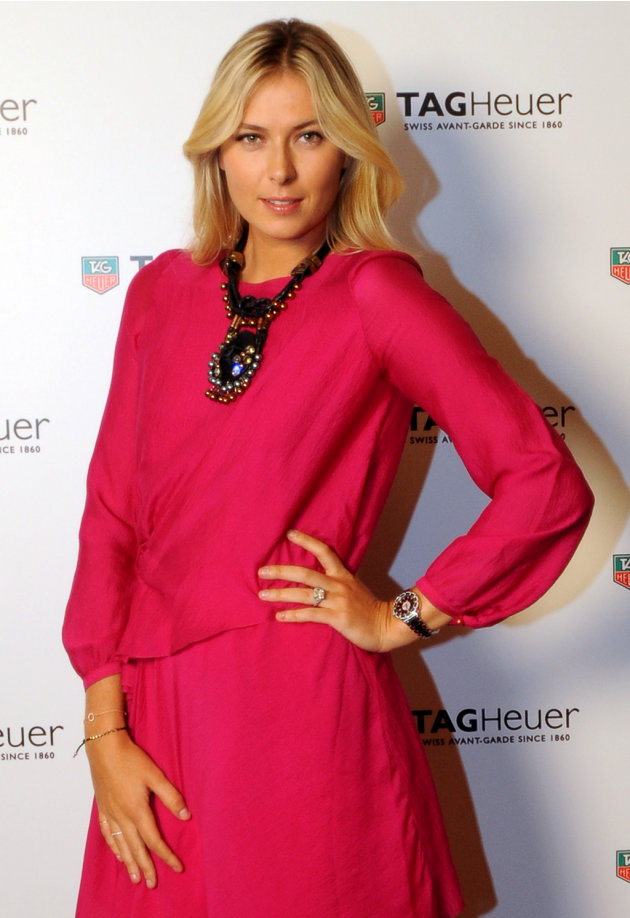 Maria Sharapova
Russia's Maria Sharapova is ranked world #3 in tennis, but she's also a prominent model and spokesperson. She's appeared in campaigns for big brands like Nike, Tag Heuer and Canon and has been the face of several fashion houses including Cole Haan. (Photo by Burak Kara/Getty Images for Tag Heuer) 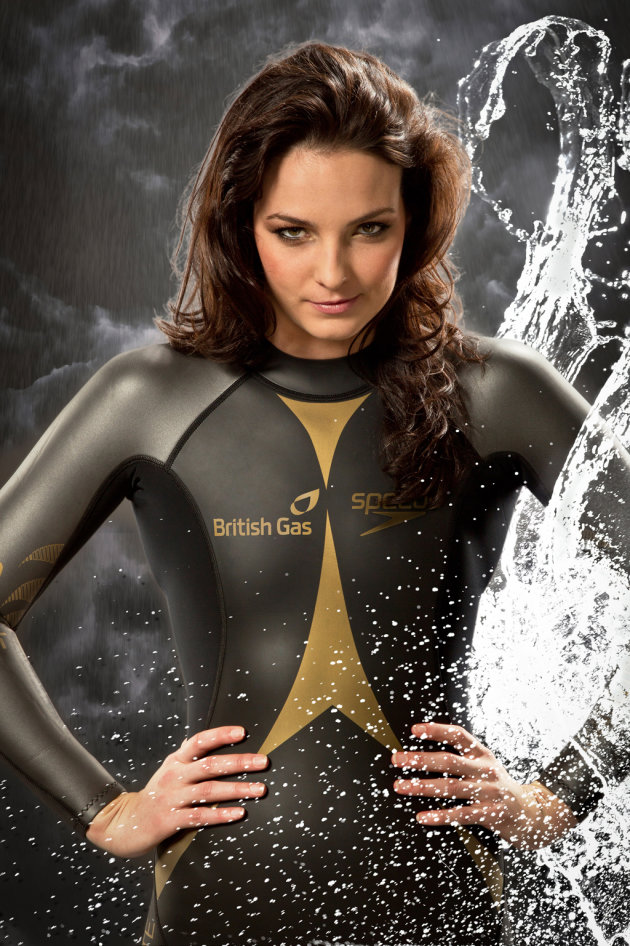 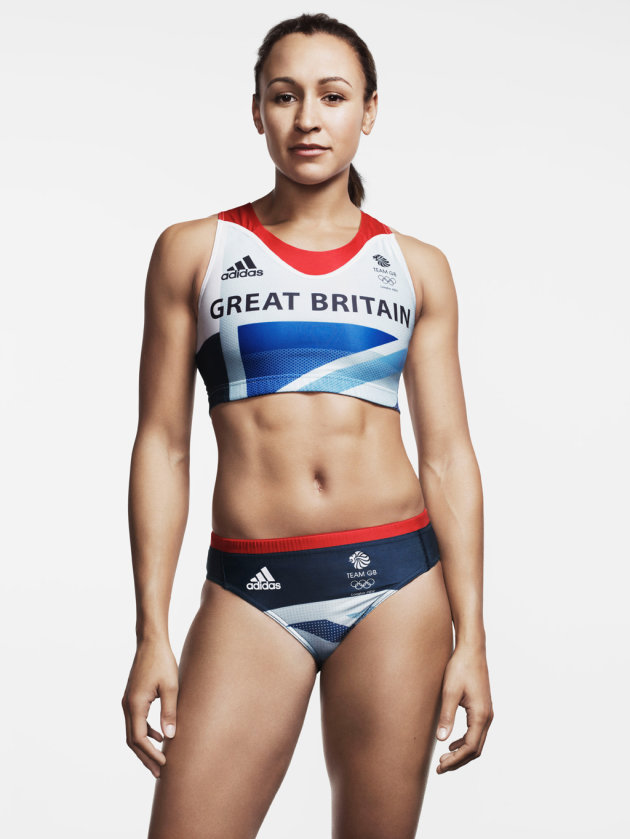 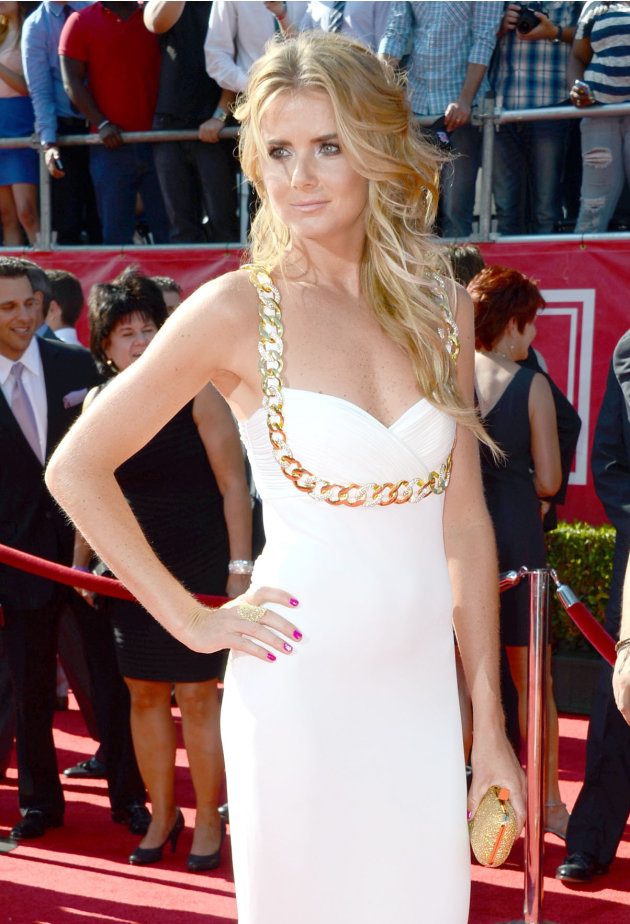 Daniela Hantuchova
Slovakian tennis star Daniela Hantuchova appeared nude in the 2012 edition of ESPN: The Magazine "The Body Issue." She was on one of the six special edition covers. (Photo by Frazer Harrison/Getty Images) 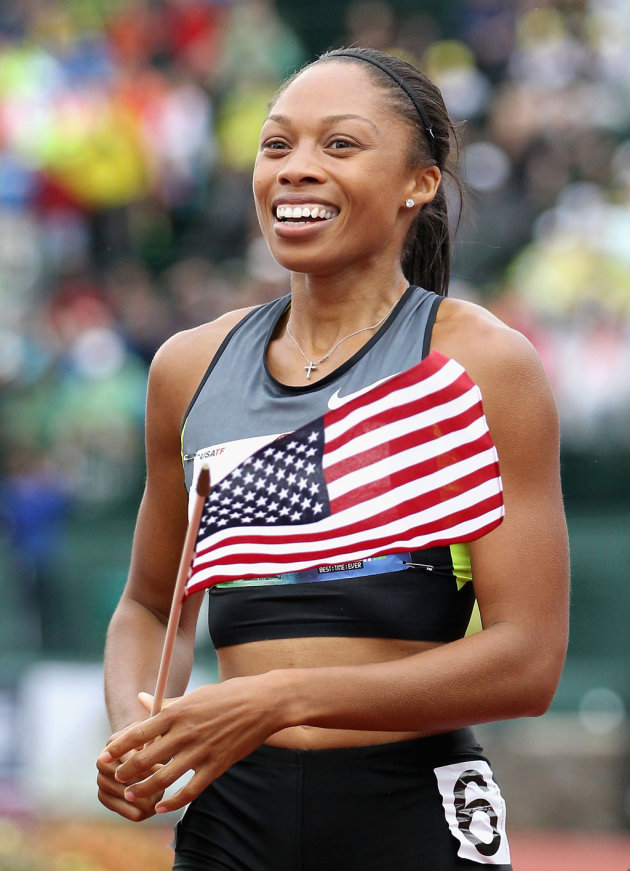 Allyson Felix
Team USA’s Allyson Felix is the only woman to be a three-time Athletics World Championship gold medalist. She was nicknamed “Chicken Legs” in high school, but her now perfectly built muscular body is far from that. (Photo by Christian Petersen/Getty Images) 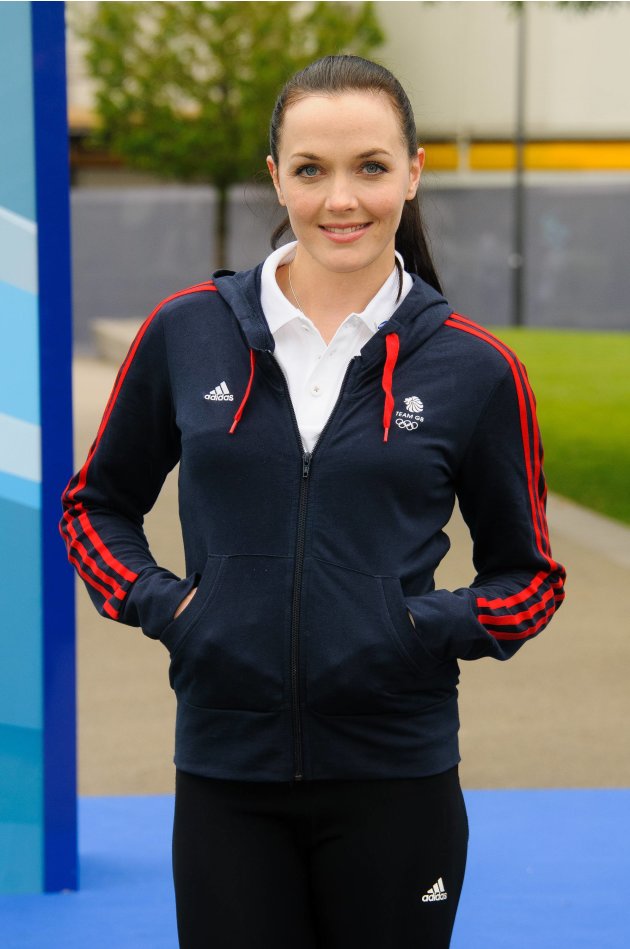