Who says "thin is in?" Back in the day women used to worry about being too skinny and tried to gain weight. Even now celebrities like J. Lo and Kim Kardashian are proof that real women have curves. Check out these celebs who prove that thinner is not always better. 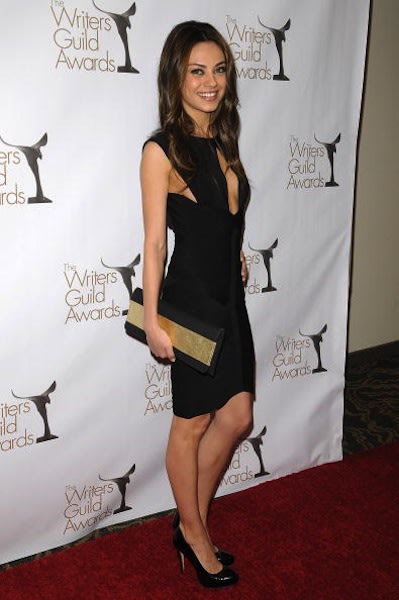 Mila Kunis, February 2010: The actress got to down to a reported 95 pounds to play a ballerina in the film "Black Swan." 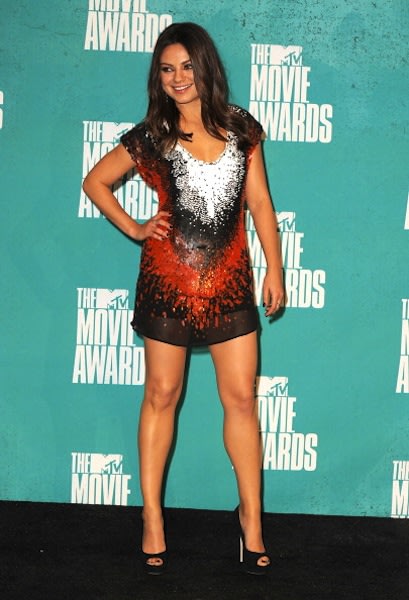 Mila Kunis, June 2012: Mila recently revealed that she has gained 25 pounds since Black Swan saying "this is my normal body." 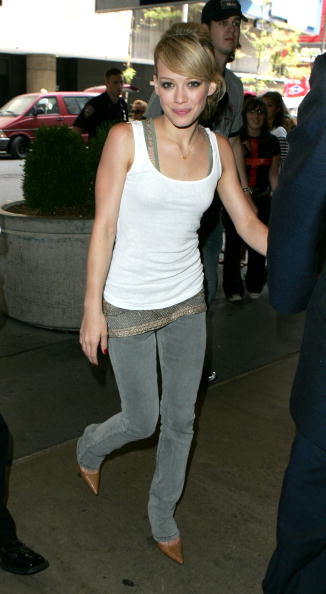 Hilary Duff, August 2005: The star lost a lot of weight back in 2005 by eating, "nothing but steamed vegetables and broiled or grilled chicken, with nothing else." 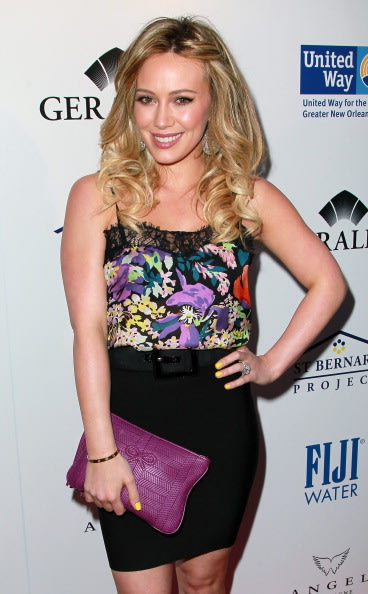 Hilary Duff, May 2011: The new mom claimed she put on more weight after she finished touring and she was able to spend time at home with family and friends. 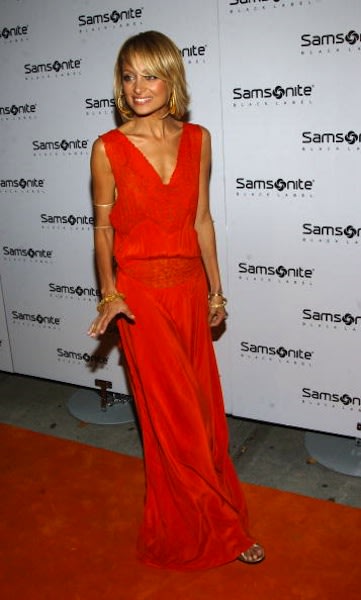 Nicole Richie, September 2005: In 2006 Richie told the media, "I know I'm too thin right now, so I wouldn't want any young girl looking at me saying, 'That's what I want to look like.'" 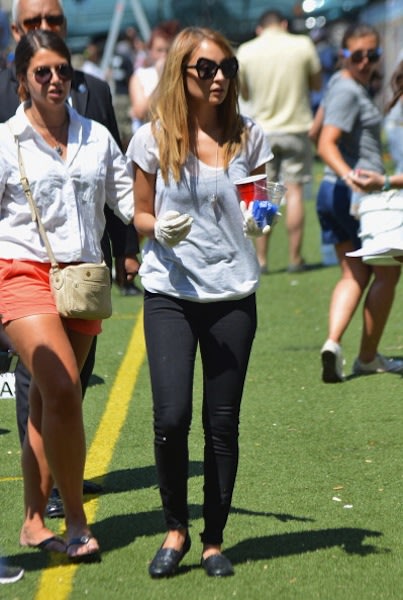 Nicole Richie, July 2012: The mom of two has a successful fashion line and a fuller figure. 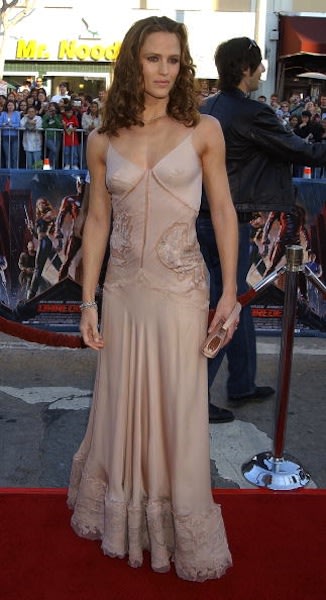 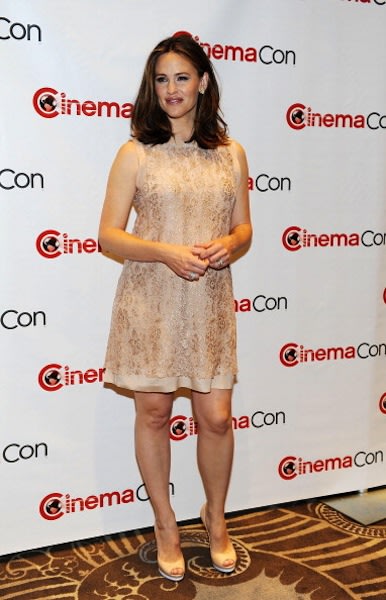 Jennifer Garner, April 2012: The actress has relaxed her fitness regime and spends less time in the gym...probably because running after three kids is more than enough exercise. 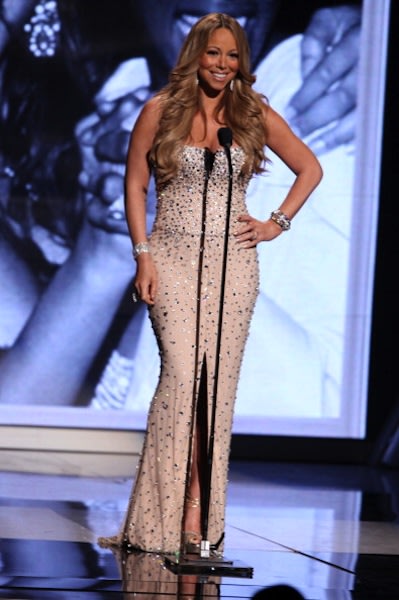 Mariah Carey, July 2012: The singer has never been shy about showing off her figure and she looks even better now as a Jenny Craig spokeswoman. The singer used Jenny Craig to lose the baby weight she gained after having her twins in 2011. 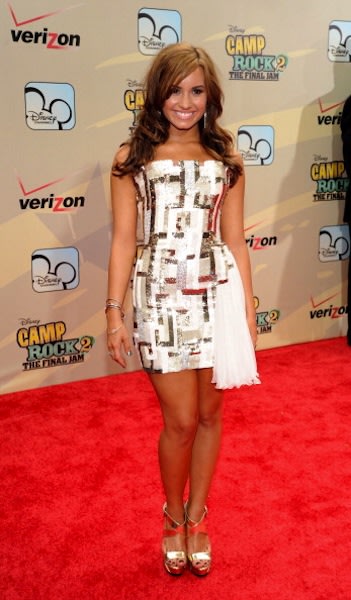 Demi Lovato, August 2010: Before her time in rehab in 2010, Demi Lovato admitted to cutting herself and bulimia. 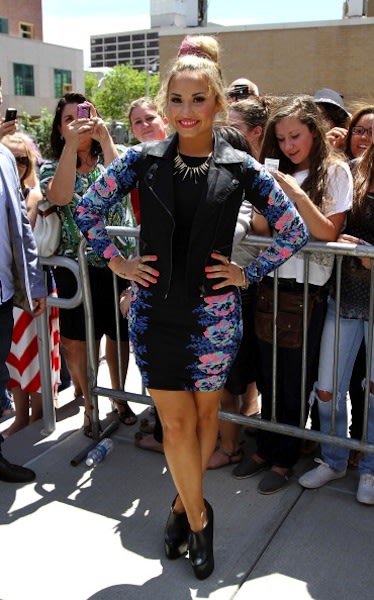 Demi Lovato, June 2012: The new X-Factor judge has found a new confidence in herself, telling Seventeen in a recent interview, "I'm not supposed to be stick thin-my body's not made to be that way." 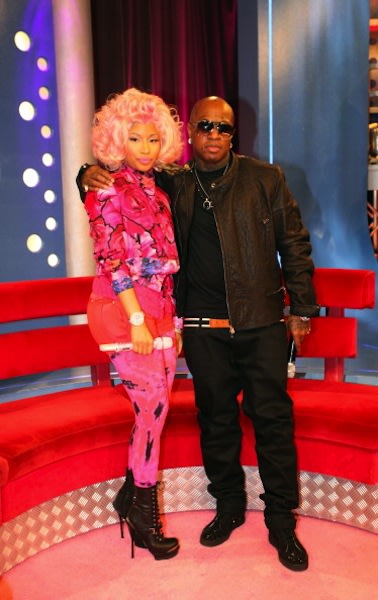 Nicki Minaj, April 2012: It seemed that Nicki Minaj had lost some of her famous curves in April of 2012. 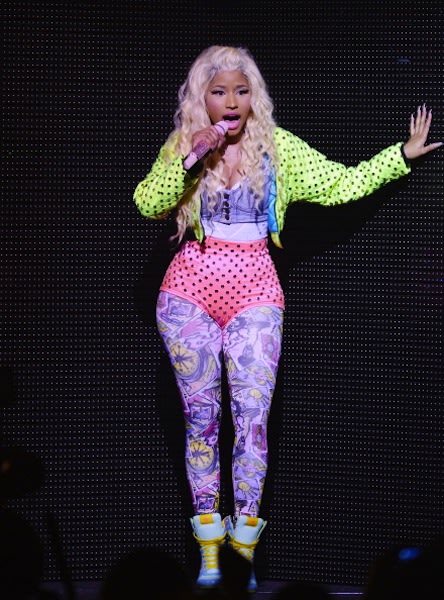 Nicki Minaj, July 2012: The singer has always been confident and relaxed about her body image saying, "My butt doesn't define me. So, I try my best not to focus my energy on it." 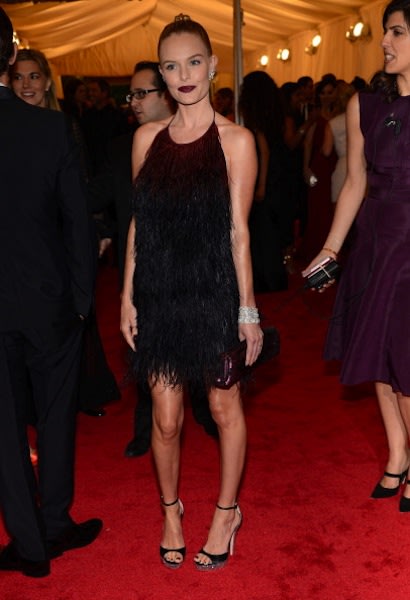 Kate Bosworth, May 2012: In a Vogue interview Kate Bosworth admitted to losing 12 pounds due to stress. In regards to her figure she said, "don't look at this as the standard of some kind of beauty and health." 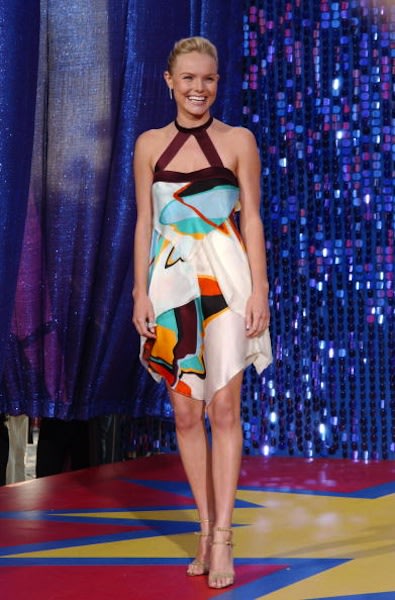 Kate Bosworth, May 2003: The actress got her breakout role playing the fit and toned surfer in "Blue Crush." 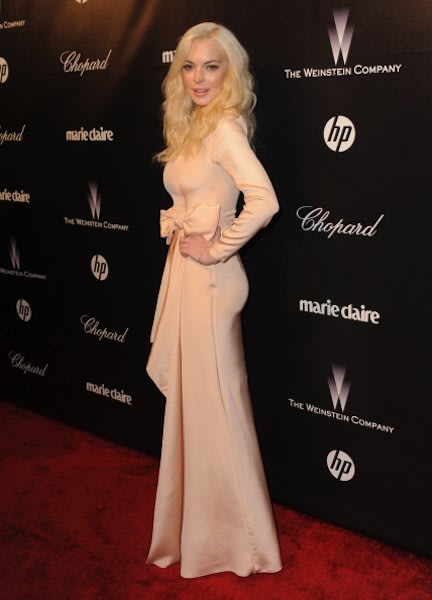 Lindsay Lohan, January 2012: In a now infamous interview with Vanity Fair in 2006, Lindsay Lohan admitted that her weight was was partially attributed to an eating disorder and drug use. She has since denied her statements saying that the magazine twisted her words. 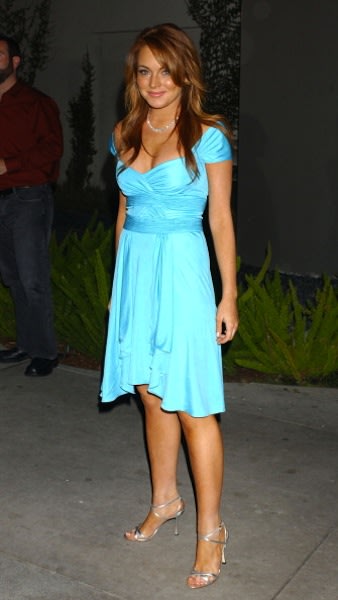 Lindsay Lohan, April 2004: The young and fresh-faced star looks much healthier at the "Mean Girls" premier in 2004. 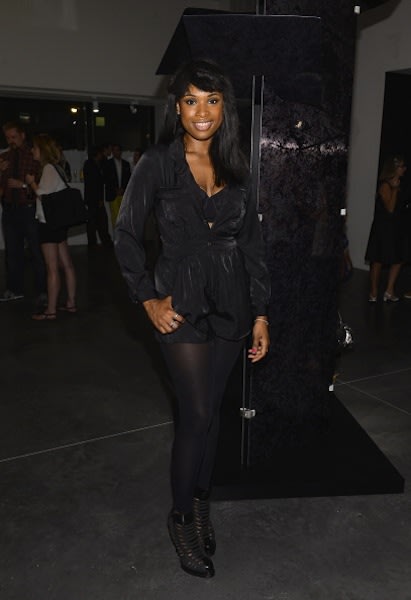 Jennifer Hudson, July 2012: In an interview with The Huffington Post, Jennifer Hudson claimed that people treat her differently now that she is slimmer. She claims, "people are friendlier," and that, "there are more opportunities; [and] more flexibility" in her career. 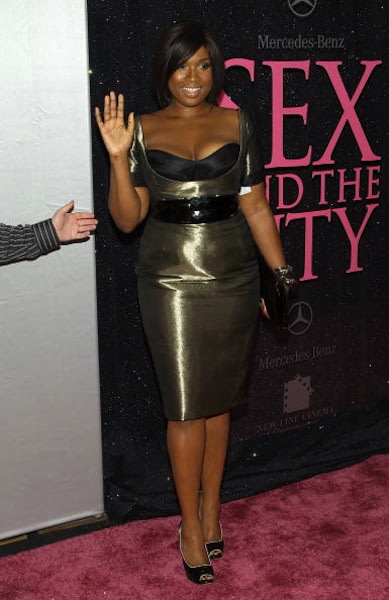 Jennifer Hudson, May 2008: Before the star used Weight Watchers to lose a total of 80 pounds she looked fuller and healthier. 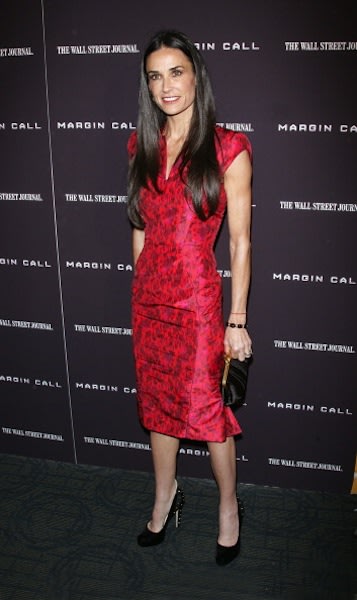 Demi Moore, October 2011: Commentators were worried about Demi Moore during her break-up with Ashton Kutcher, when it seemed she had gotten too slim. 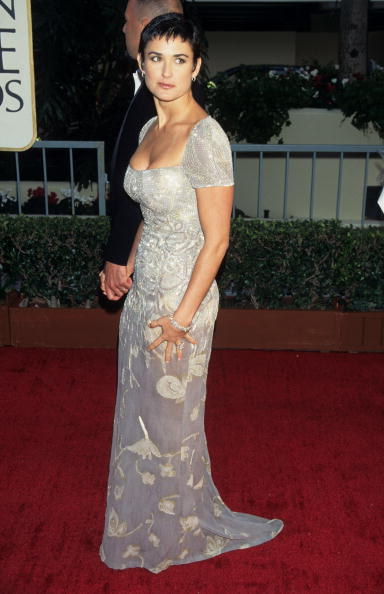 Demi Moore, January 1995: Back in 1995 Demi Moore looked amazing after adding serious muscle to her frame to star in "G.I. Jane." 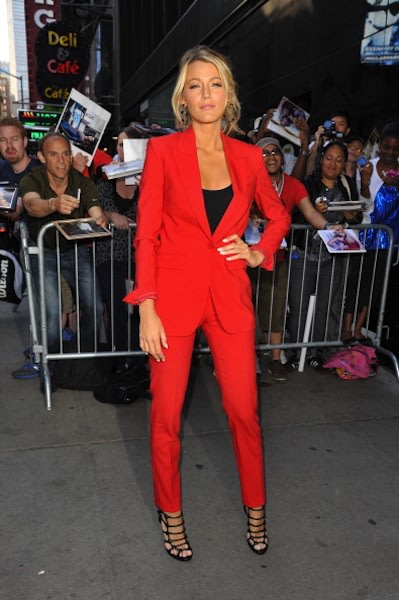 Blake Lively, June 2012: The actress began working out, changed her eating habits and lost 14 pounds to star in the film, "The Green Lantern." So far, she's kept them off. 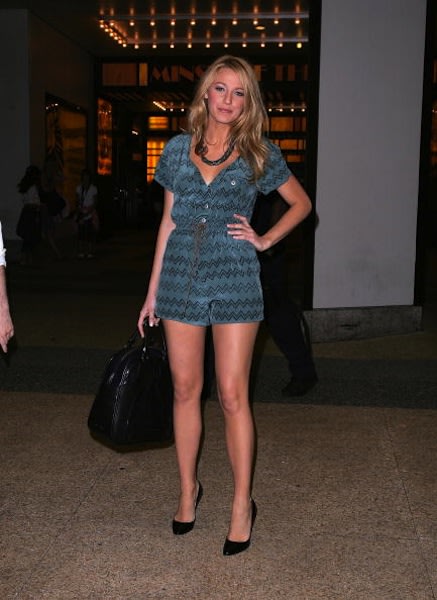 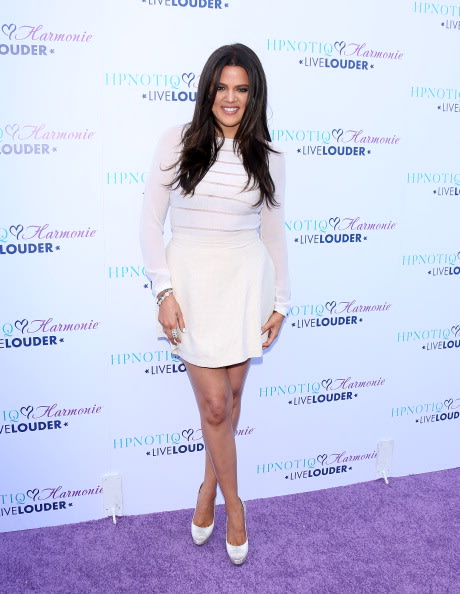 Khloe Kardashian, August 2012: Khloe recently graced the cover of Life & Style magazine showing off her new bikini body. She claims that she lost, "20 pounds in 20 days," which is a lot of weight to lose in such a short period of time. 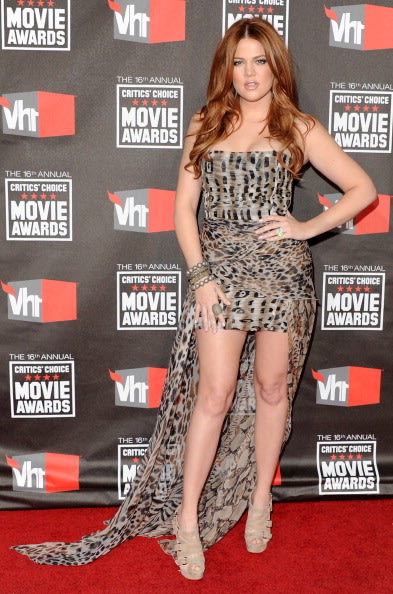 Khloe Kardashian, January 2011: The reality TV star defended her body to critics telling them, "I'm a size six and in a normal world that's not fat."
at August 10, 2012