Top 10 Female Politicians of the World 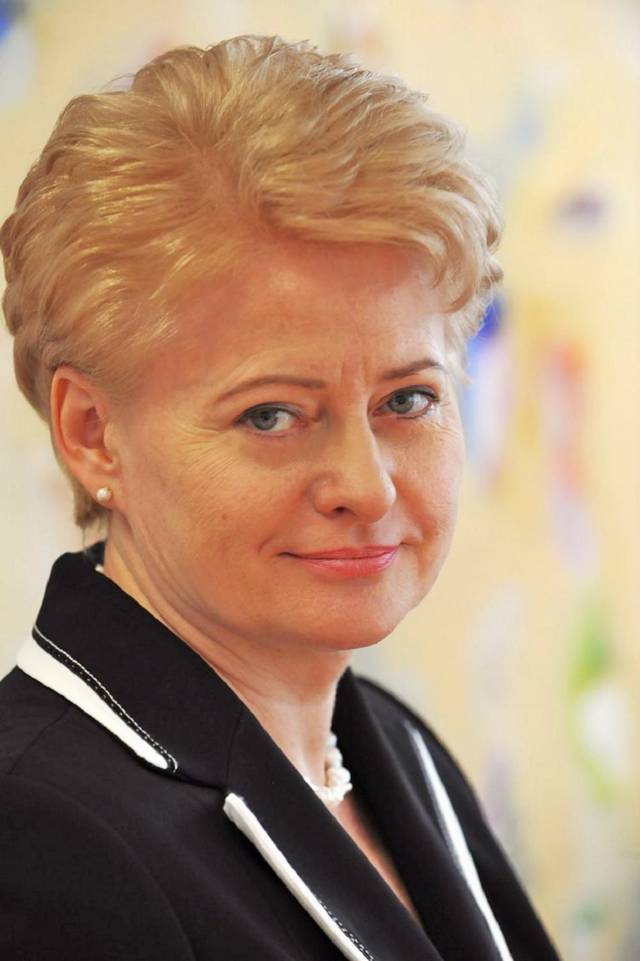 After Grybauskaite came to power in 2009, European journalists quickly dubbed her Lithuania’s Iron Lady, owing to her steely way with words and her black belt in karate. The daughter of a saleswoman and an electrician, she worked part time in a factory while earning a Ph.D. in economics. She went on to become Deputy Minister of Finance in 1999, before holding a series of positions within the European Commission. In 2009, with Lithuania mired deep in recession, Grybauskaite focused her presidential campaign on protecting those with the lowest incomes and tackling unemployment, which had climbed to nearly 16%. Running as an independent, she won with a 68% majority — the largest margin of victory ever recorded in Lithuania’s presidential election history. 9 More Female Politicians of the World after the break... 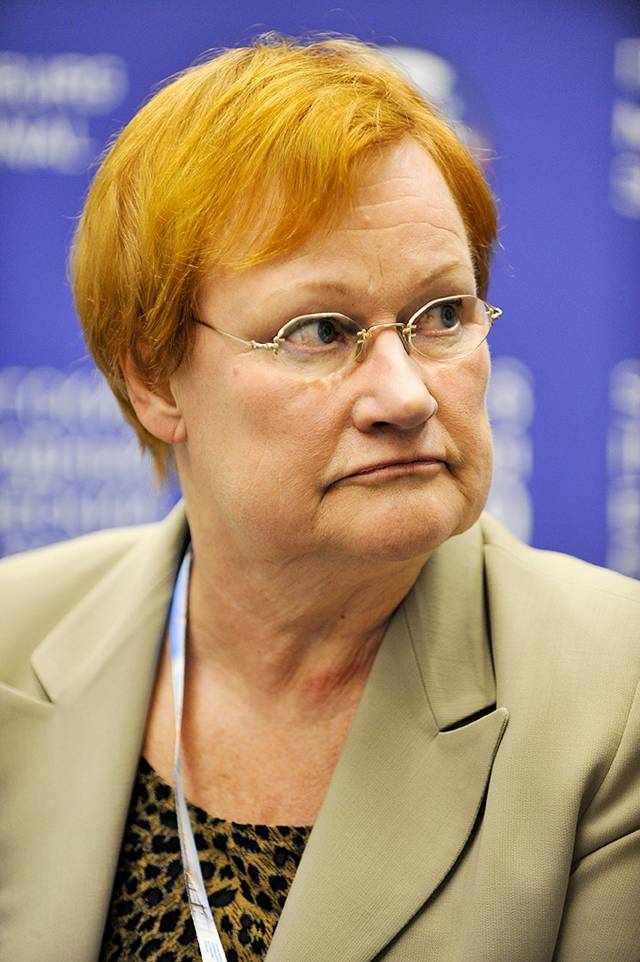 Brought up in a working-class family in downtown Helsinki, Halonen has built a highly successful political career by building ties with trade unions and nongovernmental organizations. Serving as President since 2000, she has vehemently defended the President’s role as commander in chief of the military, and campaigned against Finnish membership in NATO. Her hobbies belie her powerful position: she is said to enjoy swimming and taking care of her two cats. In 2006, TV host and comedian Conan O’Brien endorsed Halonen’s re-election because of her strong resemblance to him. 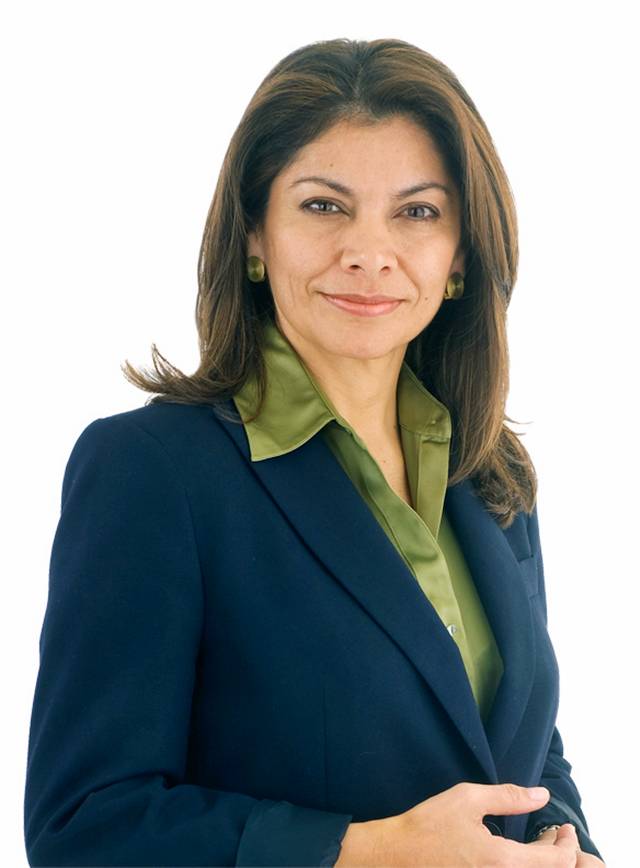 A former Vice President under Nobel laureate Oscar Arias Sánchez, Chinchilla won a 47% majority in the February 2010 election. In a country increasingly concerned about crime, the center-leftist played up her security experience: she previously served as both Public Security Minister and Justice Minister in the National Liberation Party. A social conservative, she opposes gay marriage, abortion and the legalization of the morning-after pill. She has pledged to continue the pro-business policies of her predecessor by courting international investment and expanding free trade. 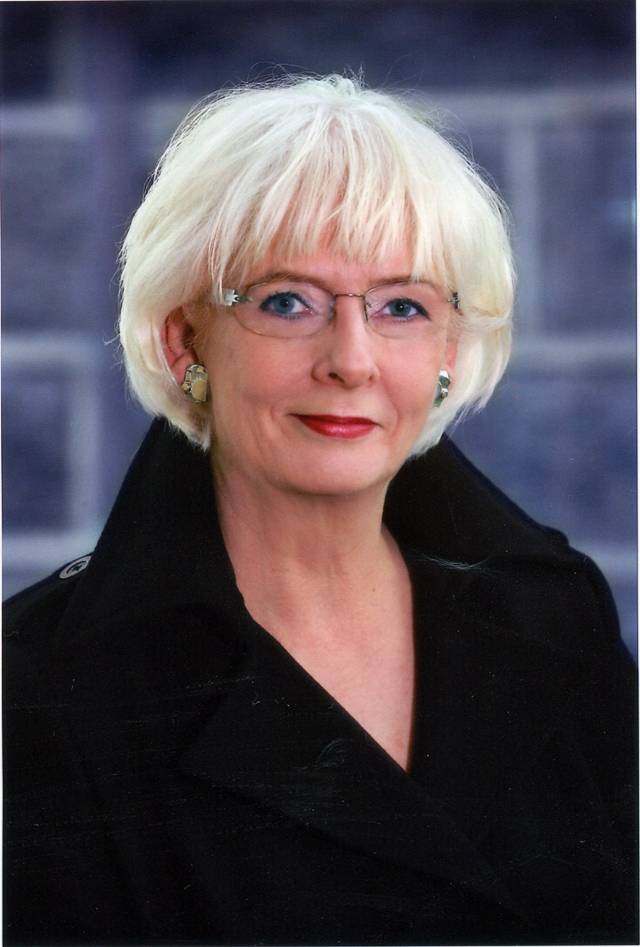 After Iceland’s economy collapsed in October 2008, Sigurdardottir rode a wave of discontent all the way to the premiership. It wasn’t exactly surprising: the former flight attendant turned politician had won eight consecutive elections since entering Parliament in 1978, making her the country’s longest-serving parliamentarian and one of its most popular. In addition to being Iceland’s first female Prime Minister, Sigurdardottir, 67, is also the world’s first openly gay head of state. In June 2010, when Iceland legalized gay marriage, Sigurdardottir tied the knot with her long-term partner, with whom she had entered a civil union seven years earlier. 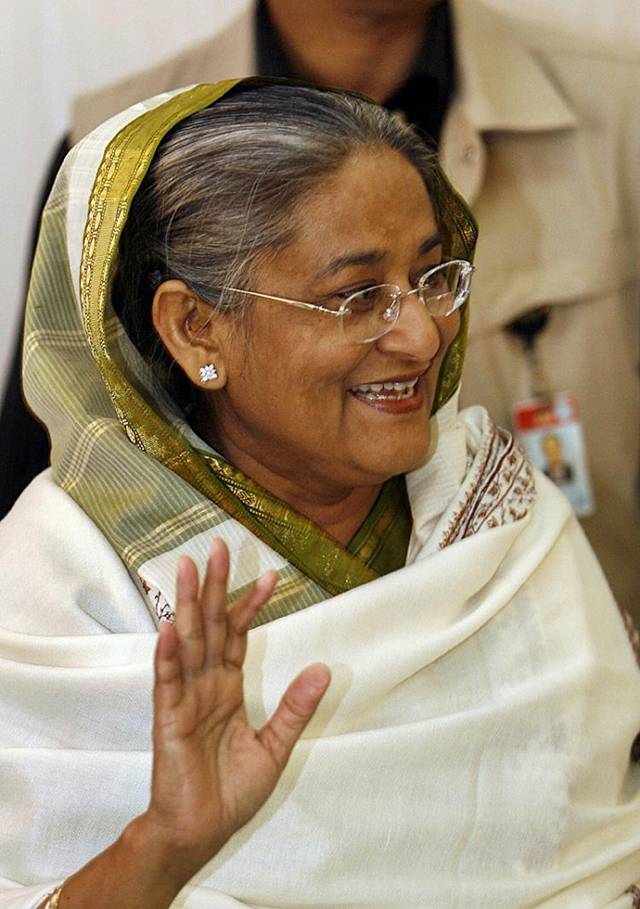 Hasina, the 62-year-old leader of the left-of-center Awami League, has a history of surviving. During a 1975 coup d’état, assassins killed 17 members of her family — including her son, three brothers, mother and father, former Prime Minister Sheik Mujibur Rahman. Hasina, then 28, happened to be abroad at the time. She later survived a grenade attack that killed more than 20 people, dodging the bullets that sprayed her car as she fled. Hasina was first elected Prime Minister in 1996. But in 2001, Transparency International named Bangladesh as the most corrupt country in the world, and Hasina was ousted in a landslide. That wasn’t the end of her, though. In January 2009, the Awami League won 230 of 299 parliamentary seats, and the consummate survivor found herself Prime Minister — again. 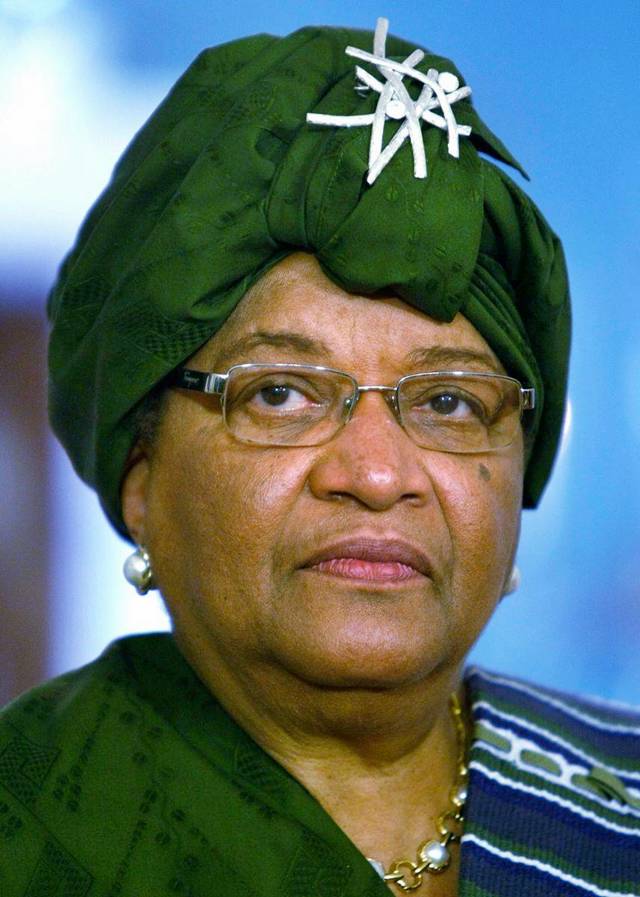 Educated at the University of Wisconsin and at Harvard, Africa’s first female President served as Liberia’s Minister of Finance in the late 1970s. But when Samuel Doe seized power in a military coup in 1980 and executed the President and several Cabinet members, Johnson Sirleaf fled to Kenya, where she became a director at Citibank. She returned to contest the 1996 presidential election and lost to Charles Taylor. In 2005, she ran again and won, promising to bring motherly sensitivity and emotion to the presidency — a tall order in a country still reeling from years of civil war. 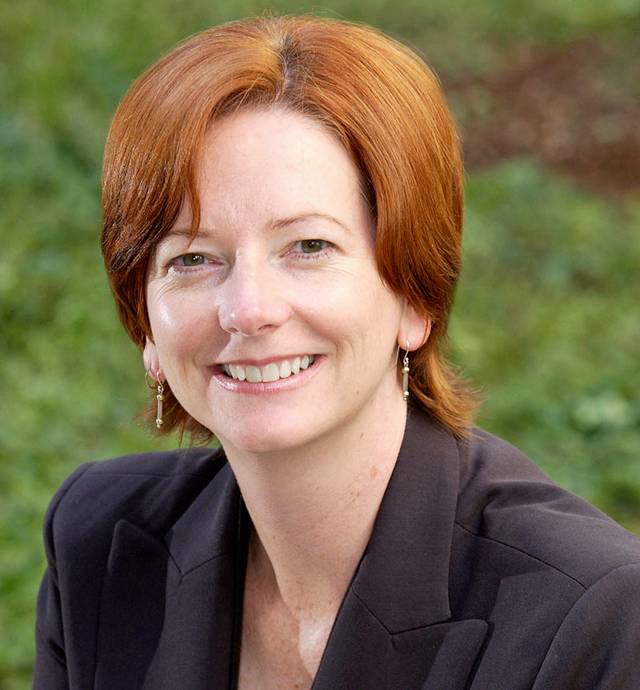 After she helped orchestrate a Labor Party coup that ousted Prime Minister Kevin Rudd on June 24, 2010, Gillard, 48, became Australia’s first female PM. Tasked with rebuilding dwindling support for her party, she called snap elections just three weeks into office, hoping to benefit from her bounce in public opinion. But the Aug. 21 election proved inconclusive: neither Gillard’s center-left government nor the Liberal-National coalition led by Tony Abbott were able to secure an outright majority. The stalemate finally broke on Sep. 7. After more than two weeks of protracted negotiation with a handful of independent candidates, Gillard secured a 76-74 majority in parliament to form a minority government. 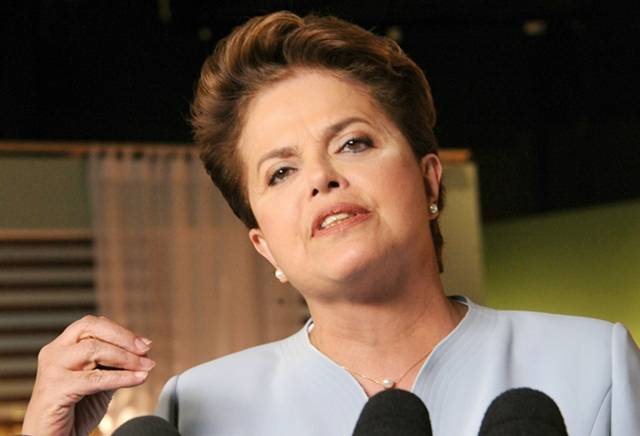 “I would like parents who have daughters to look straight in their eyes and tell them: ‘Yes, a woman can,’” Dilma Rousseff said following her victory in Brazil’s runoff election. When she takes the reins of the world’s fourth largest democracy on Jan. 1, Rousseff will become the South American country’s first female president. Her win, a victory for would-be women leaders everywhere, was also a nod to outgoing President Luiz Inácio Lula da Silva, who handpicked her for the job. As Lula’s former chief of staff, Rousseff promised to carry on the outgoing and overwhelmingly popular leader’s work. “I offer special thanks to President Lula,” she said in her election night speech. “I will know how to honor his legacy. I will know how to consolidate and go forward with his work.” 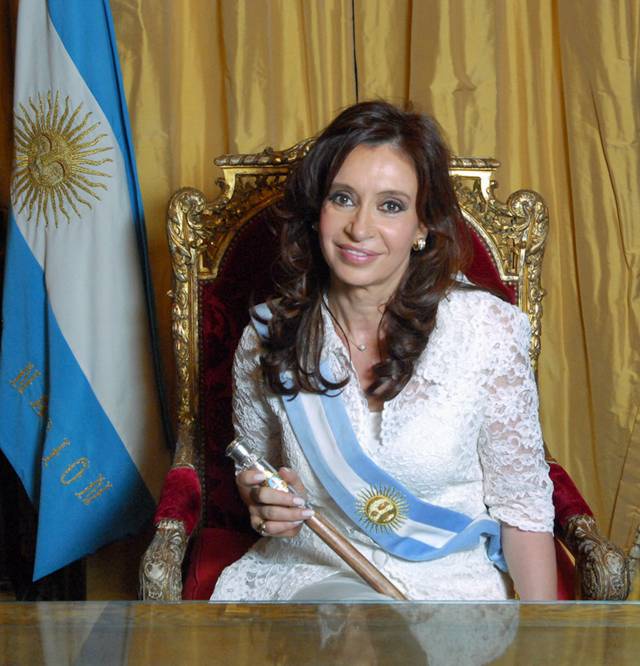 Elected President in November 2007 (thereby succeeding her husband Néstor), Fernández has proven she is her own woman. Dismissively referred to as “Cristina” by some members of Argentina’s macho political elite, Fernández has survived a standoff with the country’s powerful farming lobby, a fallout with the U.S. over a suitcase allegedly containing illegal campaign contributions and a series of high-profile economic-policy spats that culminated in the ousting of the governor of Argentina’s Central Bank earlier this year. With her striking appearance and polarizing rhetoric, she inevitably draws comparisons with former First Lady Eva Perón. 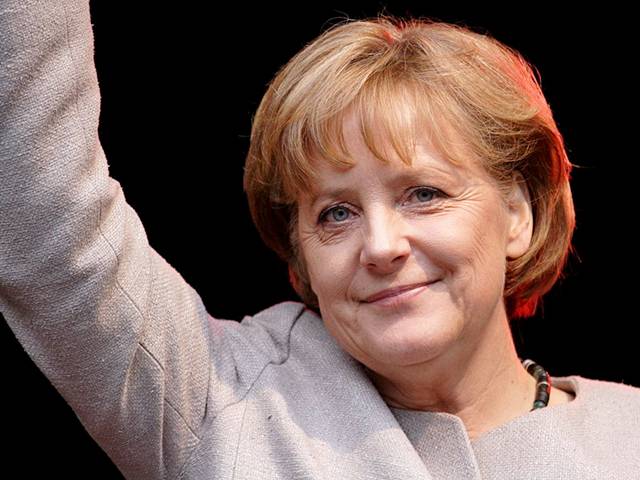 The most influential female politician in the world, Merkel earned a doctorate in physics in East Germany before turning her eye to politics. She won a seat in the Bundestag during the first post-reunification general election, in December 1990, and Chancellor Helmut Kohl appointed her as a Cabinet minister just one year later. Childless and twice married, the chairwoman of the Christian Democratic Union often comes off as reserved and self-effacing. But as she told TIME in a 2010 interview, she has plenty of confidence: “You could certainly say that I’ve never underestimated myself. There’s nothing wrong with being ambitious.”
Vai Link
at August 02, 2012