I’m little bit disappointed how none of you responded to my question regarding loading speed of our galleries. This also tells me how most of you don’t give a crap about what I say, as long as the illusions keep coming. I also noticed how I end up with pretty dumb headlines, when my attention is drawn away from illusions ;D
So let’s see if I can fix this with today’s post! It appears the Swedish artist Erik Johansson has joined the pavement chalk-masters wagon with his incredible optical illusion in the center of Stockholm. It tricks you into believing that the giant hole has opened up in the middle of the main city square. The illusion measures 32 by 18 metres and is located in Sergels torg square. Check some of the shots as well as accompanying video after the jump: 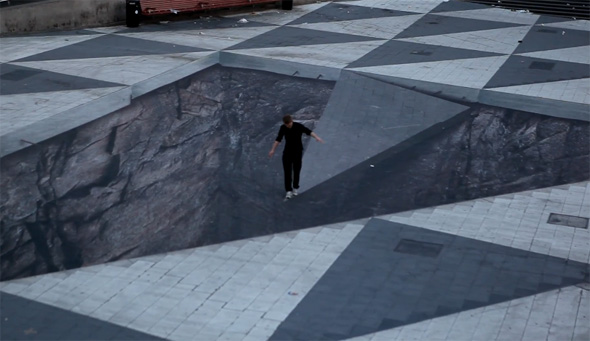 I’ve always been quite fascinated by perspective illusions and some time ago I got an idea of trying to realize one in a public space. My idea was to put up a photo in an environment and actually trick people that it would have depth. Street illusions aren’t new, but I wanted to try and make it as a photo instead of a mere drawing – Johansson 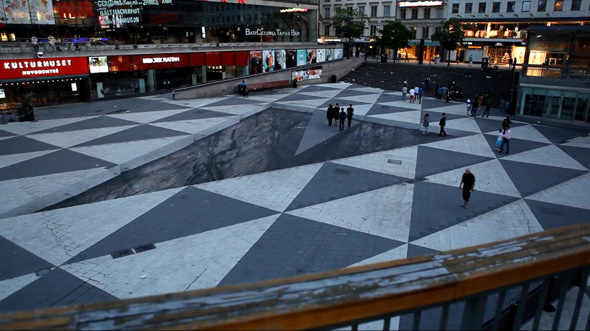 While some of the passers-by haven’t even noticed the illusion, others who have had the luxury of viewing the huge illusion from above beforehand, seem to have had a lot of fun with it as the video below shows. Now why is it that every other 3d chalk drawing master ends up drawing holes in the pavement?