The Double-Decker Trams of Hong Kong 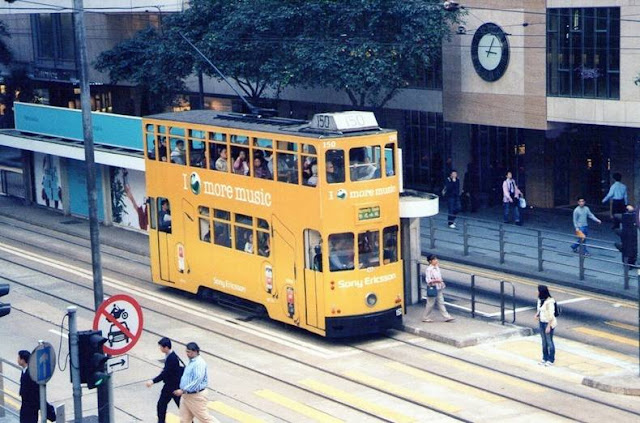 
Double-decker trams were once popular in the United Kingdom and some European cities, like Berlin. Throughout the British Empire countries in the early half of the 20th century including Auckland, Christchurch and Wellington in New Zealand, Hobart and Tasmania in Australia and in parts of Asia, double-decker trams were in use. They are still in service in Hong Kong, Alexandria, and Blackpool, but Hong Kong Tramways is the only tram company in the world that operates double-deck trams exclusively. 06 more images after the break...
Double-deck trams were common in the United Kingdom until the 1950s. Apart from the Blackpool tramway, the Glasgow Corporation Tramways were the last to close (in 1962). Some have been preserved at the UK's National Tramway Museum, New Zealand's MOTAT Museum in Auckland and Ferrymead Museum in Christchurch. From 1910 to 1964 double-deck trams were in use in Mumbai. They were also in use in Johannesburg where trams were operational from 1906 to 1961. A few of Alexandria Tram's fleet are also double-deckers. 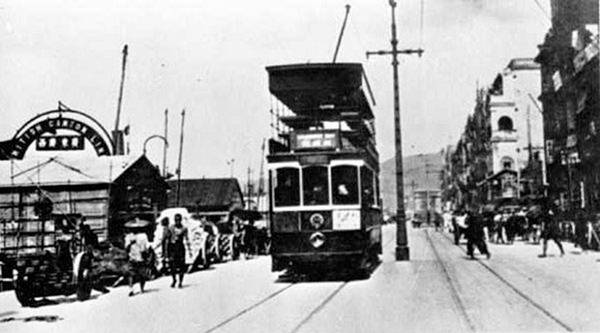 Tram on Connaught Road West in the 1930s. Photo — Link

Trams became operational in Hong Kong in 1904, and the first double-deck tramcar was introduced in 1912. The initial tramcars were open-topped with garden seat design. These were replaced by enclosed double-decker trams in 1925 ( or 1923?). All the 163 double-decker trams in operation today are closed roof, but two of them are open-balcony types used for tourists. The trams themselves are sometimes called the "DingDing" by Hong Kong people, after the double bell ring trams use to warn pedestrians of their approach.

Aside from being an efficient environmentally friendly mass transit systems, trams are also a major tourist attraction in Hong Kong. Travelling in the lower deck of the tram allows travellers to have a close up view of the local street life, while occupying the front seats of the upper deck gives good views of the town as the tram rattles by. They are very affordable too. No matter how far you travel, each tram ride costs a flat fare of $2.30. Hong Kong’s tram system provides a good means for cheap thrill. 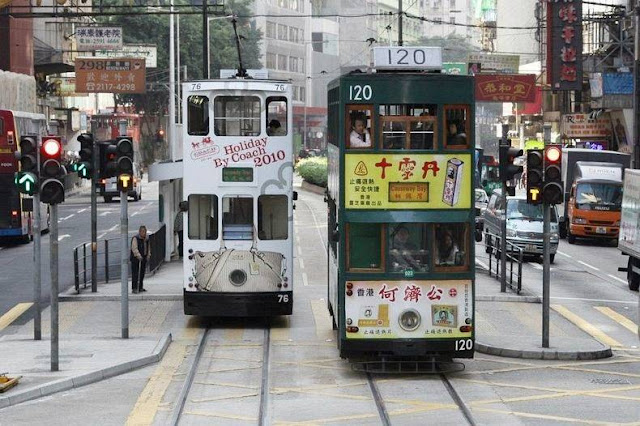 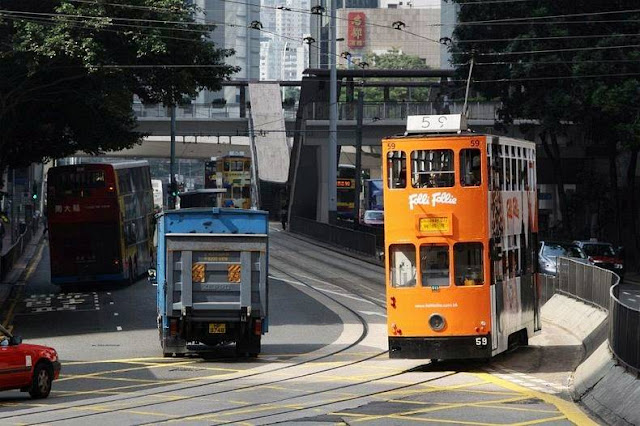 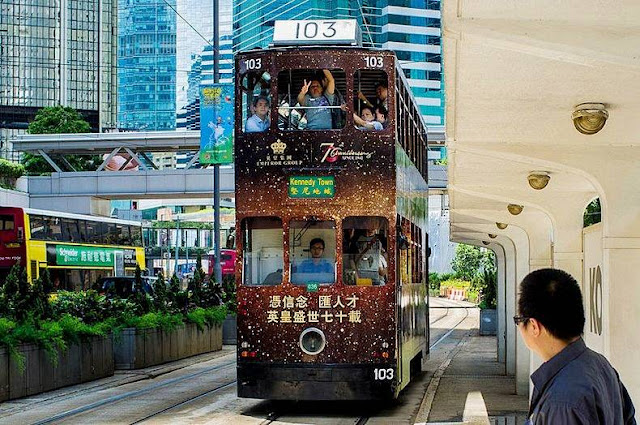 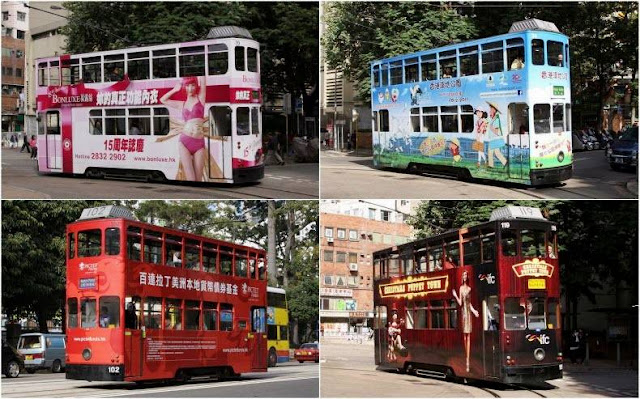 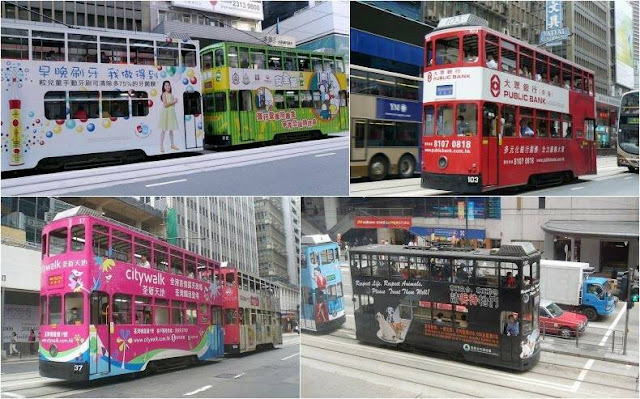 Email ThisBlogThis!Share to TwitterShare to FacebookShare to Pinterest
Labels: Around The World, Places